The publication of The Letters of Wallace Stevens is a literary event of great importance and Denis Donoghue is to be congratulated for his excellent review. [Dec. 1]. The Letters, if we are to judge from the review, will help to obliterate the dichotomy that still persists between Stevens the insurance executive and Stevens our greatest modern poet.

I would like to call your attention, however, to what I believe is a misquotation. Mr. Donoghue says, “If you identify yourself with your imagination you are unlikely to rest long in its abeyance; especially if you believe, as Stevens did, that ‘God and the human imagination are one.’ ” If I am correct Mr. Donoghue is alluding to a line from the “Final Soliloquy of the Interior Paramour” (Collected Poems, p. 524), which actually reads “God and the imagination are one.” “Imagination” is not qualified by the word “human.” I hope I will not be accused of quibbling over a minor inaccuracy. The distinction is important because, as Mr. Donoghue points out, to Stevens, to be human was to be imaginatively alive and vice versa. To qualify one of these attributes with the other would simply be redundant…. 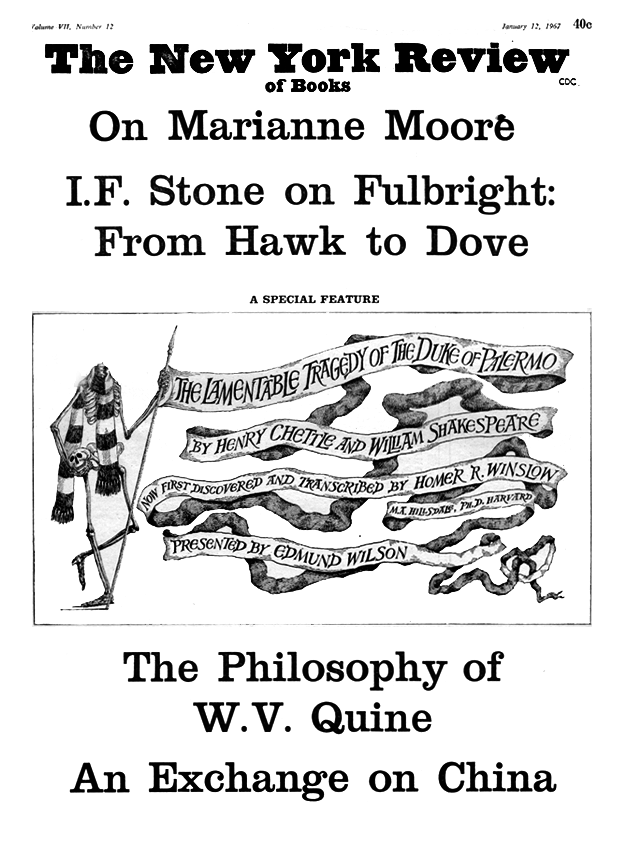 Letters from the Other China