Now it is the turn of college students to share in the savage American assault on Vietnam. Many of them have already indicated that they cannot participate; their self-respect forbids it.

Professors who have regularly asked, What can I do?, now have a plain answer: Support your students who are saying no to the draft. To withhold public approval from them will be to increase their jeopardy and to toss away the best remaining hope of stopping the war. Those who stand on their Constitutional right of free conscience must be protected and aided, whether or not they have found a legal means of noncooperation. There is no longer any middle course between resistance and complicity.

Many student deferments have just a few more months to run. In these months there will be a concerted effort on many campuses to bring together and support those students who have decided for themselves that they cannot serve. Draft-eligible students will circulate the following pledge:

Our war in Vietnam is unjust and immoral. As long as the United States is involved in this war, I will not serve in the Armed Forces.

Draft-ineligible students and faculty will be circulating a companion pledge:

Although I am not subject to the draft, my opposition to our government’s policy in Vietnam compels me to support those draft-eligible Americans who have pledged to refuse induction. I believe that their decisions are legitimate acts of conscience opposing an unjust and immoral war. I pledge to support these young Americans with encouragement, counsel, and financial aid.

In May each participating campus will hold a “Vietnam Commencement” ceremony, acknowledging the momentous choice confronting our students and honoring those who have pledged refusal of service. After that, continuing legal, financial, and personal aid will be available to resisters.

“Vietnam Commencements” can be extended to many more campuses if concerned students and faculty begin organizing at once. Information can be obtained from Campus Draft Opposition, 2398 Bancroft Way, Berkeley, Cal. 94704, or RESIST, Room 4, 763 Massachusetts Avenue, Cambridge, Mass. 02139. 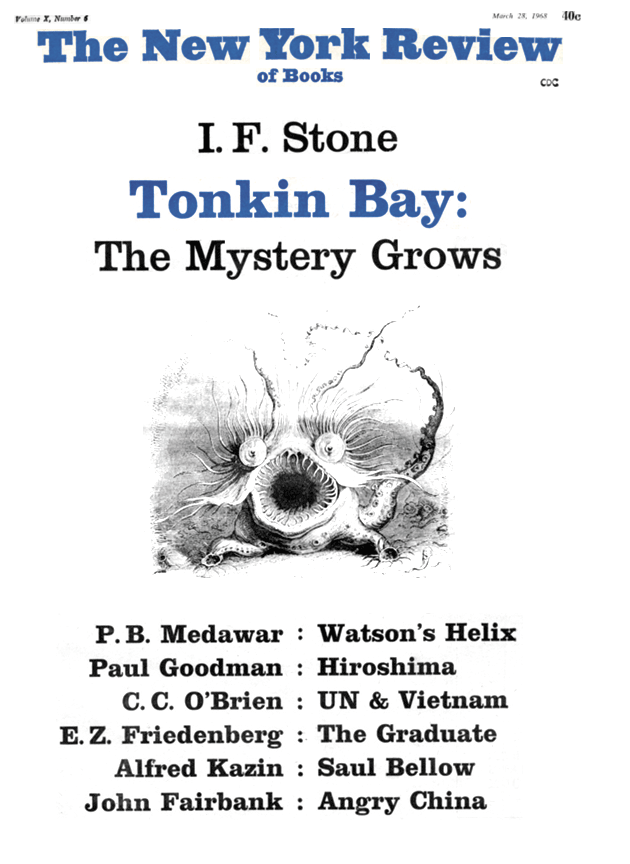 ‘The Never-Ending War’: An Exchange

The Dreams of Westy

Poems from the Vietnam War

The Abuse of McNamara