Following are a preamble to and text of the People’s Peace Treaty. We think they will be of interest to your readers:

I think that people want peace so much that one of these days governments had better get out of their way and let them have it.

73% of the American people want the United States out of Vietnam by the end of 1971.

President Nixon, like his predecessors, speaks the words of peace, but pursues the politics of war. The invasion of Cambodia has now been followed by the invasion of Laos, and there are threats of an invasion of North Vietnam and confrontation with China.

Peace is possible in 1971. But the people will have to make the peace. And that is what we are beginning to do.

The People’s Peace Treaty sets forth principles worked out by Americans and Vietnamese. We believe the principles are realistic, honorable, and acceptable. We ask you to consider them. If thousands of organizations and millions of individuals endorse these principles and pledge to take action on them, they will immeasurably improve the chances to win peace this year.

The terms of this treaty were worked out in December, 1970, in discussions among representatives of the U.S. National Student Association meeting with leaders of the National Student Unions in Saigon and Hanoi.

This is not a petition. It is a Joint Treaty of peace. Endorsing the principles of the Treaty is just the beginning of our work. The Peace Treaty will provide a focus for all our efforts to end the war.

Majority opinion must be translated into majority action.

It is time we, the people, come together as individuals and in groups to endorse the principles for peace and to decide what action we will take to make peace in 1971.

A Joint Treaty of Peace

BETWEEN THE PEOPLE OF THE UNITED STATES, SOUTH VIETNAM & NORTH VIETNAM

Be it known that the American and Vietnamese people are not enemies. The war is carried out in the names of the people of the United States and South Vietnam but without our consent. It destroys the land and people of Vietnam. It drains America of its resources, its youth and its honor.

We hereby agree to end the war on the following terms, so that both peoples can live under the joy of independence and can devote themselves to building a society based on human equality and respect for the earth. In rejecting the war we also reject all forms of racism and discrimination against people based on color, class, sex, national origin and ethnic grouping which forms the basis of the war policies, present and past, of the United States.

By ratifying this agreement, we pledge to take whatever actions are appropriate to implement the terms of this Joint Treaty of Peace, and to insure its acceptance by the government of the United States. 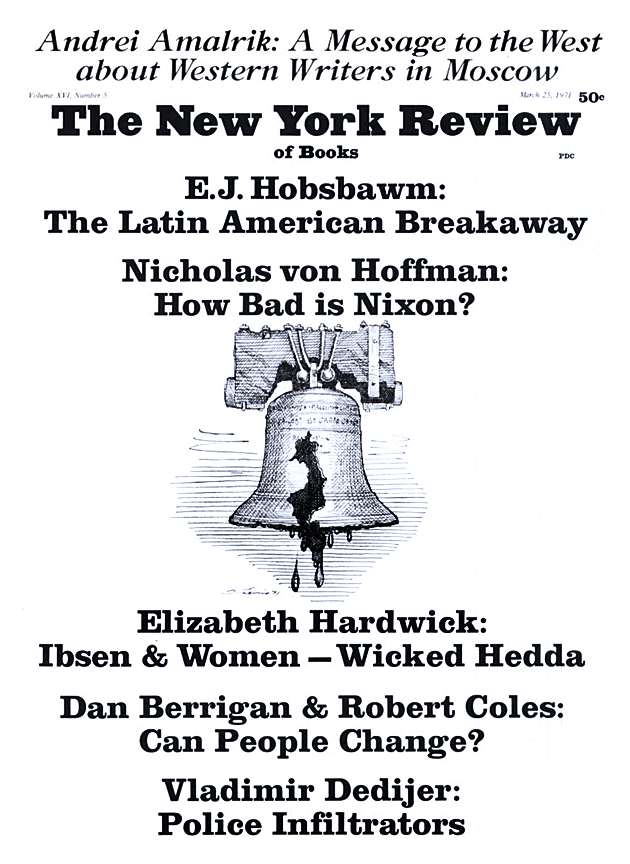 Special News Commentary The Chance for Peace in Vietnam