In the course of some generally unflattering remarks about the role of the ACLU in the Fifties [NYR, March 11, 1971], Murray Kempton singles out for high praise the ACLU’s general counsel whom he refers to as “the late Osmond K. Fraenkel.”

I am not inclined to dispute Mr. Kempton’s general comments. I certainly do not dispute his praise for Osmond Fraenkel. I am very glad that Murray Kempton thinks that the ACLU “has rebounded magnificently.” I do, however, dispute the reference to Mr. Fraenkel as “late.”

Osmond Fraenkel is very much alive. He is still the ACLU’s General Counsel and continues to be active, as he has been for several decades, both in the governance of the ACLU and as a litigator on behalf of the ACLU. I fully expect him to be around long enough to be able to refer to the “late Murray Kempton” and the “late Aryeh Neier.”

I have never been happier to have been wrong. 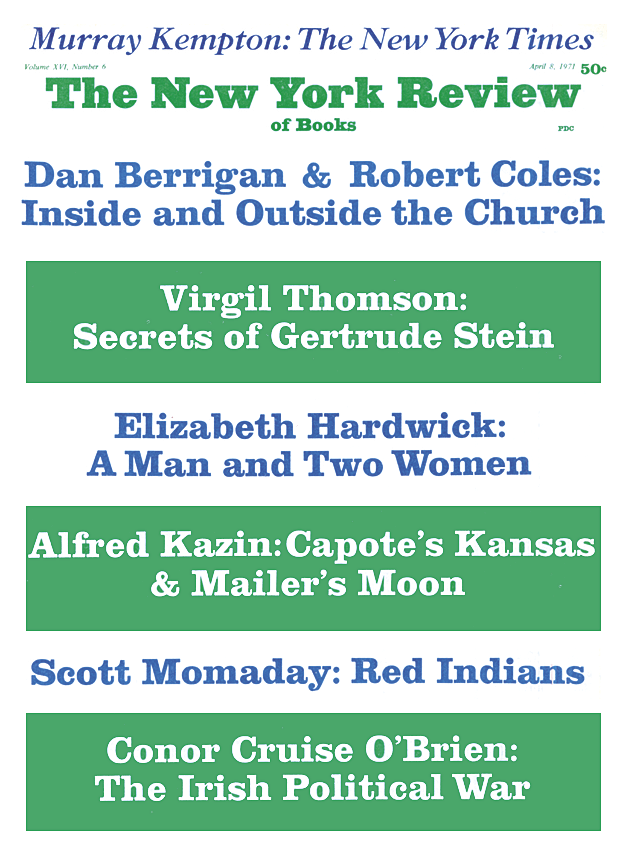 Two Poems by Les A. Murray

Alive for An Instant