There was a man without ability.
He talked arrogance, secretly sick at heart.
Imagine law school with his terrible stutter!—
He gagged to be smooth. But he wasn’t good.
Hadn’t he always planned to move on to writing?
Which of course failed, how would it not? He called
Himself a writer but it didn’t work,
He chose middling friends he could rise above
But it made no difference, with no ability.

He talked grand, the terrible endearing stutter.
Batting his eyes as if it felt lovely.
He batted and winced his self-hate, like near a sneeze.
He wrote and wrote, still he could not write,
He even published, but he could not write:
The stories one story of honey and abuse—
Love and the law—he was the boy…De Sade
Scratching his quill raw just once to get it off.
His pen leaked in Redbook the preseminal drool.

He must do something, do something. Boy you can
Reminisce forever about Harvard,
The motorboat won’t run on your perfume,
Endless warm anecdotes about past girls
Aren’t a wax your cross-country skis will ride on.
He took an office just like Norman Mailer.
He married a writer just like Lizzie Lowell.
He shaved his beard off just like. Yes. Exactly.
It is a problem in America.

You never know who’s dreaming about you.
They must do something to try to shift the weight
They wear—painted and smiling like gold the lead!
No wonder he walked staidly. They’ve time to dream.
Oh hypocrites in hell dying to catch up!
Oh in etterno faticoso manto!
And if you hail one and stop—he’s coming—he’ll stutter,
“Costui par vivo all’atto della gola,”
“This man seems alive, by the working of his throat.”

The dreaming envying third-rate writhe in America.
He sucked his pipe. He skied he fished he published.
He fucked his wife’s friends. Touching himself he murmured
He was not fit to touch his wife’s hem.
He dreamed of running away with his sister-in-law!
Of doing a screenplay. Him the guest on a talk show—
Wonderful—who has read and vilifies Freud!
How he’d have liked to put Freud in his place,
So really clever Freud was, but he was lies.

It was autumn. It rained. His lies drooped down.
It was a Year of the Pig in Vietnam,
In Vietnam our year the nth, the Nixonth,
Sometimes one wants to cut oneself in two
At the neck. The smell. The gore. To kill! There was
The child batting her head against the wall,
Beating back and forth like a gaffed fish.
There was the wife who suspected they were nothing.
There’s the head face-up in the glabrous slop.

You feel for him, the man was miserable.
It’s mad t-toohbe so ad hominem!
And avid, when the fellow was in Vermont,
For Southeast Asia. Was he miserable?
Another creative couple in Vermont,
The wife toasts the husband’s trip to New York,
The little evening he’s planning. In less than a day
He will enter my poem. He picks at her daube.
There’s the head face-up in the glabrous slop.

Voilá donc quelqu’un de bien quelconque!
Ah Vermont! The artists aggregate,
A suburb of the Iowa Writers’ Workshop
Except no blacks with no ability.
I am looking down at you, at you and yours,
Your stories and friends, your banal ludicrous dreams,
Dear boy, the horror, mouth uncreating,
Horror, horror, I hear it, head chopped off,
The stuttering head face-up in a pile of slop.

Just stay down there dear boy it is your home.
The unsharpened knives stuck to the wall
Magnet-bar dully. The rain let off the hush
Of a kettle that doesn’t sing. Each leaf was touched,
Each leaf drooped down, a dry palm and thin wrist.
His beautifully battered sweet schoolboy satchel walked
With him out the door into scrutiny,
The ears for eyes of a bat on the wings of a dove.
Art won’t forgive life, no more than life will. 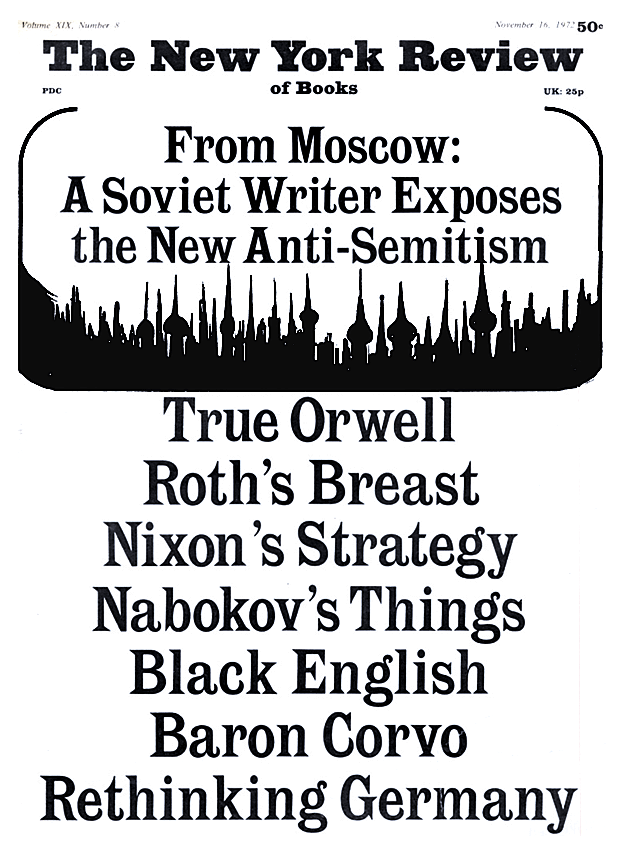 Tomas Tranströmer, a version in English by Robin Robertson

To Friends Behind a Border