Esenin, Mayakovsky, Tsvetaeva. Three Russian poets, three suicides. The poems that follow are by them, about them, and written by one to another; we may read them as the chronicle of a fatality. The poem by Bella Akhmadulina, who lives and writes in the Soviet Union today, attempts to bring that fatality to a close. The poem by Tsvetaeva has not been published anywhere before and will soon appear with her other poems to Mayakovsky in a special issue of TriQuarterly on emigré literature, edited by Simon Karlinsky. The other poems are more or less known in various translations, but they stand here as documents in a single and unique text.

A room in the Hotel Angleterre.

The poet Sergei Esenin is alone. Divorced from Isadora Duncan, married again, separated. A violent alcoholic. With a penknife he cuts his wrist, writes this poem in his blood, and hangs himself. Thirty years old.

Goodbye, my dear, goodbye,
Goodbye. You are in my heart.
This predestined parting is
A promise: we’ll meet again.

Goodbye, my dear—don’t say a word,
Don’t cry. And don’t be sad.
In this life, death is nothing new,
But living’s nothing newer.

The poet Vladimir Mayakovsky is angered and distressed by Esenin’s suicide. “I set myself a task: to try to defuse Esenin’s last poem…to propose a different kind of beauty in place of the easy beauty of death…for about three months I came back to it every day, but nothing seemed to make sense….” By April he had completed his poem,

You have gone,
(as they say)
to a Better World.
Bullshit.


Built yourself
a stairway to the stars, didn’t you?
No more publishers’
advances, no more bars.

Sobered up at last.

No, Esenin, this isn’t a joke.
There’s a lump of grief in my throat.
I can see you with your slit wrists
slinging up your bundle of bones.

STOP IT!
Come off it!


Are you crazy or what?
Smearing your cheeks with dead-white chalk?
You, who could do things with words
no one in the world
could do!
WHY? WHAT FOR?

None of us understands.
The critics
mutter:
“The reasons are these or
maybe those,
but mostly he didn’t have enough rapport
with the working classes
because he drank too much beer and wine.”
Fine,

What the hell do they think
workers drink?
Lemonade?
What they mean is
you’d have gotten a party-poet
assigned to your case, and output
would have outweighed
poetry:

you’d have had to write a hundred lines
a day, as dull and dopey
as the rest of them.

Before I’d have gone through
anything that dumb I’d have laid
hands on myself too.
Better to die of vodka—
If it was boredom, it’s worse.


nor that knife
reveal the depths
of our loss. If the Angleterre had only had some ink,
you wouldn’t have had to cut open
your veins.
Your imitators loved it: Encore!
A bunch of them
have done themselves in already.
What for?
Why increase the number of suicides?
Why not just increase the production of ink?

Your tongue is stopped in your mouth forever.
It’s stupid,
uncalled-for,
to make things mysterious.
The word-workers’ roaring
debauchee-in-training
is dead….

There’s a lot to do


just to keep up.
First we have to remake life,
then we can write
songs about it.
These days are hard for the pen,
and the poem—
But when,
where,

what great man
ever chose a path already beaten down
and easy?
Words are commanders
of humanity’s forces—
Forward, march!
Let time tear past us
Like rocket shells

blazing in the air!
Let it carry away

to days gone by
only the wind,
as it ruffles our hair.

Our planet
was poorly designed
for happiness;
we must snatch delight
from days to come.
In this life, death is not so hard.
To build new life—that’s harder.

An apartment in Lubyansky alley.

Mayakovsky is in a deep depression: a futile love affair, violent critical attacks. Travel abroad has only increased his sense of isolation. Alone, at night. He has been working on this poem in his last notebook; he copies it into a letter addressed: To Everybody, and shoots himself. Thirty-six years old.

She loves me, loves me not. I pluck my hand
and throw my torn-off fingers away,
like the games with stray daisies
you tear up and discard each spring.

A shave and a haircut will show my gray hair;
I want the silver of years made very clear.
I hope and believe I will never attain
the shame of common sense.

It’s past one o’clock. You must be fast asleep.
The silver river Oka in the night
Is just the Milky Way.
I’m in no hurry; no need to send
Telegrams to wake and worry you.

The incident is over, as they say. All done. Over-done.
The love boat is wrecked on reality.
You and I are even:
there’s no need for a resumé
of mutual pain, of hurts and wrongs.

Just look, the whole world is still!
It’s at moments like this you wake and talk
to Time, to History, to all Creation….

The poet Marina Tsvetaeva lives in exile in Paris, alienated from Russian intellectuals there—in part because of her admiration for Esenin and Mayakovsky. That summer she completes a cycle of seven poems, To Mayakovsky. This poem is the sixth. (The two dead poets meet and talk in Paradise.)

Was it all too much?—A little.
For general reasons?—No, private ones.
You used a gun?—That’s the custom.
Did it hurt?—It sure did.

So you’re through with living?
Deal me out, you mean?
Stupid, Seryozha.
Real stupid, Volodya.

Do you remember how
You used to shout me down
At the top of your loud
Bass roar?—Fine,

Only…. Look at your love-boat
Now, your stupid sloop! What a mess!
Was it really because of a woman?
—If it was vodka, it’s worse.

Your face is all puffy;
You must have been loaded.
Stupid, Seryozha.
Real stupid, Volodya.

Anyway, not with a razor.
At least that’s neater.
So your last ace
Lost?…You’re bleeding…

What about Mother
Rusha? What? Where’s
That?—Back in the USS
R? They’re building? Sure.

A new bridge was started,
Washed out in the spring flood….
The same, Seryozha.
As ever, Volodya.

And the bird-house? The new poets?
They’re pretty sharp;
While they weave us wreaths
They steal us blind, as if

We were dead. They’ve splashed
Old ROSTA with a cheap new shine.
—But they’ll never get along
On Pasternak alone.

Shall we lend a hand,
Tear their dullness down?
Let’s—(You want to, Seryozha?)
Let’s fix it, Volodya!

Everyone sends his best….
What about old Alex
Alexandrovich Blok?
—There! See? ‘Lxander’s an angel!

Sologub? Down along the canals,
Looking for his drowned wife’s face
In the ice. Gumilyov, Nikolai?
Gone east—

(Wrapped in bloodstained burlap,
Thrown on a corpse-laden cart)
The same, Seryozha.
As ever, Volodya.

So it’s still the same—well,
Volodya dear—dear friend—
Let’s lay hands on ourselves,
Volodya, although your hands

And after we’ve shattered
Paradise to pieces,
Let’s have one for the road!
Seryozha! Volodya!

Marina Tsvetaeva has returned with her family to the Soviet Union in 1939. Husband—arrested and shot. Daughter—arrested. She is evacuated to the provinces, to Yelábuga. Alone, she hangs herself. No letter is left, no poem. Forty-nine years old.

Bella Akhmadulina, Soviet poet, thirty years old. A deadly heritage. Esenin and Mayakovsky were accessible, but the image, the thought of the third suicide hurts. She has only some of Tsvetaeva’s poems, a few old pictures, the familiar monument to the poet Pushkin whom Tsvetaeva so loved, and the ugly name of that ugly town—Yelábuga.

By that summer snapshot on someone else’s
front porch, bent and lonely as a gallows,
leading out of the house, not into it.
Dressed in raging satin armor that strangles
the great muscle of the throat
you sit there, the labor
of hunger and sorrow over,
all sung out.
By that snapshot.

By the soft elbow-angle of a child
with the astonished smile
death uses to draw children to itself—
and marks the fact in their faces.

By the heavy pain of remembering you
when, gulping down the breathlessness of grief
in the gasp of dashes in your verse,
I clear my throat, and choke until the blood comes.

By your presence that I took, stole,
grabbed for myself, robbed from others,
forgetting you were alien, forbidden;
you were God’s—
and He hadn’t had enough of you.

By your last emaciation, that gnawed
with a rat’s tooth.

By the benevolent, the blessed, the Motherland
that abandoned you in a dirty orphanage.

By Pushkin, our unprecedented African—one you loved
not wisely—who contemplates the children
on Tverskóy Boulevard. And by the kids themselves.

By your sad rest in Paradise,
where pain and occupation both are gone.

I swear to kill Yelábuga, your own
Yelábuga, so our grandchildren can sleep.

Old women will scare them at bedtime,
not knowing Yelábuga is dead:
“Sleep, boy, sleep, girl, sleep,
or else the blind Yelábuga will get you.”

Oh, how its quickening tangle of legs
crawls faster and faster and faster!
I will grind my iron-soled shoe
onto its tentacles remorselessly,
throw the weight of heel and toe
on the back of its neck—and hold it down.
The greenish juices spurting from its young,
sharp and poisonous, will scorch my foot.
The ripening egg that swells in its tail
I will crush in earth, the bottomless earth,
and never mention the fatal front porch
of Marina’s homelessness.

Oh, I swear
by all of this.

Meanwhile in darkness, by the foul smell
of slime, by toads on wet stones,
my own Yelábuga waits, and swears
to kill me, with its yellow eye. 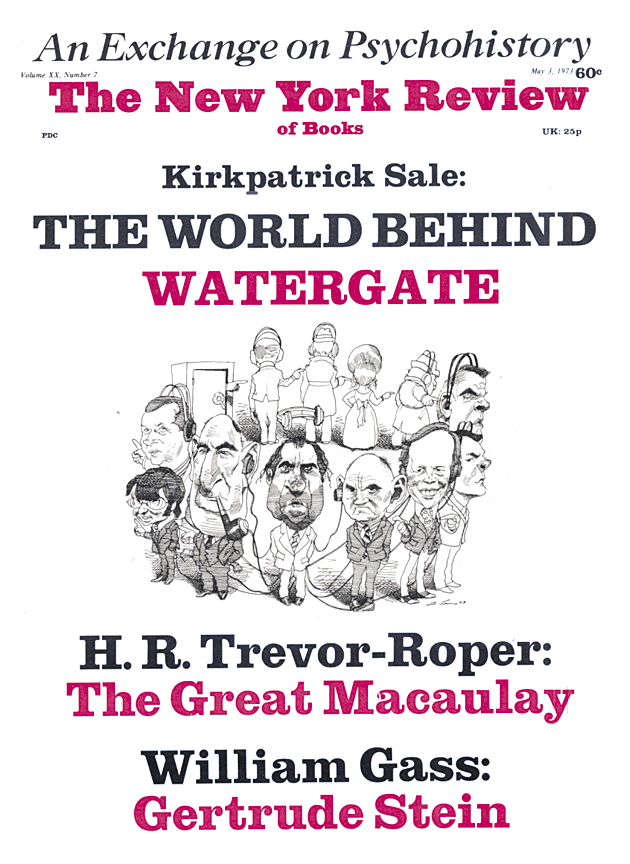 Paul Schmidt (1934-1999), translator, poet, actor, librettist, playwright, and essayist, was born in Brooklyn, the oldest of seven children. He received a degree from Colgate University in Russian studies in 1955 and, after a year of graduate work at Harvard, he moved to Paris, where he studied mime with Marcel Marceau and acting with Jacques Charon of the Comédie Française. Drafted in 1958, he served in the US Army Intelligence and on his release resumed his Russian studies; his doctoral thesis on "the stylized theater of V.E. Mejerxol'd" was published as Meyerhold at Work. For eleven years, Schmidt was a professor of Slavic languages at the University of Texas at Austin, where he won the Bromberg Award for Teaching Excellence. His Arthur Rimbaud: Complete Works was published in 1975, and translations of Russian poets, notably Marina Tsvetaeva, followed. A commission from the Dia Foundation supported his translations of Velimir Khlebnikov (four volumes published between 1985 and 1997), allowing him to leave academia and move to New York City. Working with the Yale Repertory Theatre, the American Repertory Theatre, the Guthrie, and other companies, he translated Euripides, Chekhov, Brecht, Genet, Gogol, Marivaux, and Mayakovsky, and wrote three plays of his own, winning the Helen Hayes and Kesselring awards for best play for Black Sea Follies. Providing text and often performing, he collaborated with the Wooster Group and with the avant-garde directors Robert Wilson, JoAnne Akalaitis, David Schweitzer, and Peter Sellars. He also acted in film and television, and in the 1970s devised "The Lost Art of Melodeclamation," a program of nineteenth-century works for voice and orchestra, which he toured and performed with the pianist Yvar Mikhashoff, who transposed the works for keyboard. The Plays of Anton Chekhov, Schmidt's translation of twelve of Chekhov's plays, was published in 1997. From 1993 until the end of his life, he taught translation and dramaturgy at the Yale School of Drama.

A Death in St. Petersburg