Professor Constance Sullivan, writing about Robert Lowell’s poem “Will Not Come Back” (NYR, November 25), rather insultingly asks “did he think none of us would recognize the original?” On the contrary he thought everyone would. The point that this poem is based on a Spanish poem by Gustavo Adolfo Bécquer was raised in The Listener of December 10, 1970. Lowell wrote in reply, in the same number:

The poem is meant to be read in the context of the book as an original poem. But the source is indicated by the Spanish title, “Volveran.” The Bécquer poem is as well-known in Spanish as “Tears, idle tears” is in English. 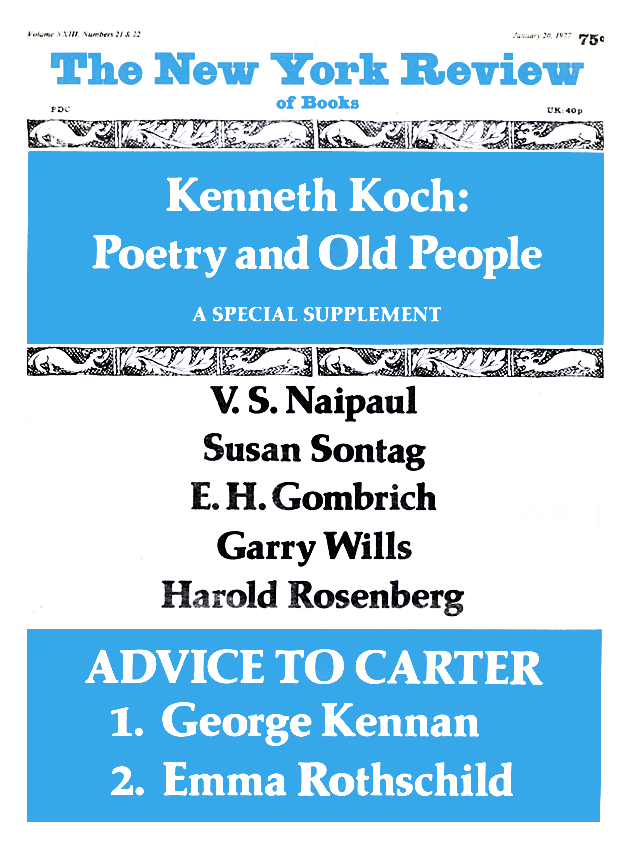 Osip Mandelstam, translated from the Russian by Beatrice Stillman

A Poem by Eugenio Montale