For over thirty years, from, say, 1912 to 1945, people who wanted to be “in the movement” used to maintain that the subject of a picture was unimportant, and, if presented too insistently, positively harmful. Aesthetic satisfaction was achieved by shapes and color alone. This extraordinary proposition, which was unprecedented in the history of art, was to some extent a reaction against the conventional naturalism of the nineteenth century, and it may even be seen as part of that widespread rejection of traditional form which was thought to have influenced the music of Stravinsky and the prose of Joyce. The situation was both unhistorical and contrary to experience, but it was borne out by the work of a majority of painters for whom a subject was no more than a pretext for a piece of picture making. There was, however, one considerable artist who never disguised the importance that he attached to his subjects, a Pole named Count Balthazar Klossowski de Rola, who painted under the name of Balthus.

This name may not be familiar to many lovers of painting in the United States, where modern art has been so warmly and perceptively appreciated; still less, of course, is it known to the small and insular body of art lovers in England. One reason is that Balthus is a man of aristocratic independence, who throughout his life has shunned publicity and strenuously opposed any attempt to “write him up.” The book under review is the first ever to be written about him, and I can imagine that he agreed to it only when he saw the splendid form in which the house of Skira was going to present him. The forty-eight color plates are of excellent quality, and the author is an old friend, who writes of him with a moving warmth. At last we are able to form an estimate of this great and fascinating painter.

The first thing that strikes one is the unexpected range of his work. I confess that I had thought of him primarily as the painter of female nudes. The first work of his with which I was familiar was entitled, with contemptuous brevity, The Room. It shows a naked woman lying extended on a chaise longue, in front of a window, from which an evil looking dwarf has just drawn back the curtain. It is a disturbing work. The dwarf’s action is a kind of assault. But the actual painting of this curious subject is careful, and almost academic. Balthus has never emphasized the strangeness of his vision by technical tricks or distortion. At first sight he looks like a conventional and even academic painter, in the style of nineteenth-century naturalism.

The selection of plates in this book supports this view. There are a number of naturalistic landscapes, remarkable only for the skill with which they are painted. I can see nothing in them that could not have been done by, shall we say, Ford Madox Brown, and the author’s attempt to impose on them a Balthusian mystique seems to me unconvincing. For example, a straightforward picture of two oxen drawing a tree trunk is described thus: “A strange yoke of oxen is being led homewards drawing behind it a cross-shaped tree trunk, due to serve as a gallows, it may be.” The oxen are in no way strange, and the tree trunk is forked, not cross-shaped, and could not be used as a gallows. The landscape background is of a noble serenity. This continual overinterpreting promotes a reaction. But one must not let this reaction go too far, because there is something strange in most of Balthus’s pictures, which becomes apparent gradually. He broods on what he sees, and often his agitation appears only in details, for example in the branches of trees, or in the complex structure of a foreground.

The strangeness of Balthus’s vision is more moving in his figure pieces, and particularly in those where the subject is fairly simple. Personally I do not like so much his more ambitious compositions. Some of them, like the Passage St. André, seem too “literary” in the old deprecating sense. We spend time in trying to interpret the meaning of the figures and lose the feeling of the whole. This also applies to a large picture called The Mountains, which was obviously intended as a masterpiece, and suffers from all the drawbacks of that dangerous genre. It might have won the prize for figure composition in any academy. Sometimes, as in an arresting picture entitled The Card Game, we feel that the painter has been trying to force the pace. There is a more intense mystery in the simple picture of two girls (not the same girl, as the author says), one snoozing on a sofa, one reading on the floor. This seems to me one of his happiest compositions, and one of the most beautifully painted. And here I must notice that, although Balthus was largely responsible for the movement away from “pure” painting, he is a painter of consummate skill and brilliant pictorial gifts. His late nudes are ravishing pieces of painting, and will delight the eye of anyone who is responsive to the perception of color and the use of paint. On the rare occasions when he does a piece of “pure” painting, as for example the picture of fruit on a window sill (1956), it excels in sensuous charm almost all the painters of his time.

Critics of Balthus often refer to his preference for adolescents over the more fully formed bodies of academic nudity, as if it were something surprising. It seems to me perfectly natural. The bodies of girls of fifteen are usually nicer to look at than those of women of thirty; moreover, the whole figure has a freshness and a sprightly commitment different from that of a complacent model. Balthus’s nudes are not sensual—they are engaging, and they seem to be part of his general view of human life.

I have already mentioned his landscapes, which are admirable by any standard. They are examples of classic landscape painting, as it existed before impressionism. The beautiful picture reproduced here as Landscape at Champrovent is (except in the foreground) in the succession of Claude and Poussin, and seems to me (I open my mouth very wide) to be their equal.

But we are right to think of Balthus primarily as a figure painter, because it is in his pictures of young women that he is able to display his sense of latent drama. There is never any obvious conflict between his figures, but in The Three Sisters, a composition which evidently meant much to him as he has repeated it several times, we feel that the dominating character of the central sister will not go forever unchallenged. Two versions of this composition are reproduced here, and a comparison shows how Balthus is resourceful in the simple matter of design. He has taken two almost identical groups and made out of them totally different pictures.

This splendid book will surely establish Balthus as one of the chief painters of our time. Although I have known and admired his work for almost thirty years I must confess that I had no idea of his range and mastery. As his original works are so much dispersed and hard to see there must be many people in my condition of ignorance. The only sad thing is that very few private persons will be able to afford the $100 which seems to be (although it is not printed on the wrapper) the price of the book. 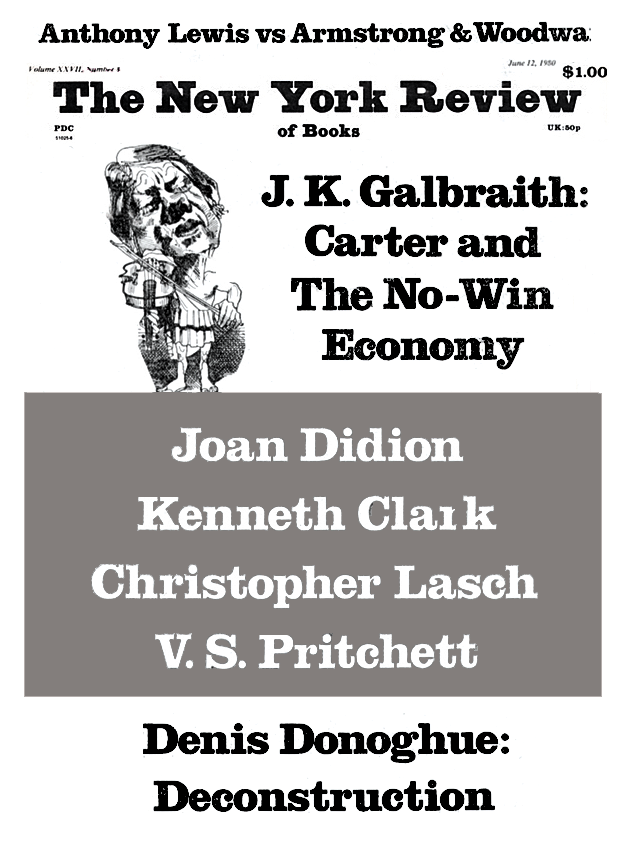