A detailed account of the “physical torture” of Soviet political prisoners “through starvation, cold, and deprivation of sleep” has just been smuggled to the West from a forced-labor camp in the Urals. Its author is the well-known Russian psychiatrist Dr. Anatoly Koryagin. In 1981 Dr. Koryagin was given a twelve-year sentence for documenting the Soviet practice of interning dissenters in mental hospitals and then “curing” them there of their views with powerful drugs. His articles on the subject have been widely published in the world medical and lay press.

Dr. Koryagin, who is forty-four years old, wrote the new document last year, shortly before being transferred for three years from Camp 37 in Perm to the much-feared Chistopol prison in the Tartar republic. Here, according to a recent letter from his wife to the European security conference in Madrid, he is being subjected to continuous threats of physical violence. At the same time, his fourteen-year-old son is being cruelly victimized at school in Kharkov.

Why, one may ask, is Dr. Koryagin being treated with such special brutality? The question is posed by nine of his fellow prisoners, who write—in another smuggled document about his case—that they themselves have resisted the tyranny of the camp authorities with as much determination as he did, yet only he was singled out for transfer to prison.

Part of the answer, they say, lies in the medical help Koryagin gave—even without equipment—to his fellow captives. He helped, for example, the political prisoner M. Arutyunyan, “who had been bestially beaten up by prison officials in Rostov and had then been refused essential medical aid by the camp doctors.”

The nine prisoners—who include Dr. Yuri Orlov, leader of the Moscow “Helsinki monitoring group”—quote the camp doctor G. Chepkasova as saying: “No one’s going to treat you here, and if something should happen to you, the country will be none the poorer.” Only Koryagin helped them, they write, “thereby fulfilling his duty as a doctor and a human being.”

A still more important answer, Moscow friends believe, is the fact that the KGB are desperately trying to obtain a recantation from the key critics of their policy of political psychiatry, and Koryagin is their number-one target. By piling onto him steadily more physical and moral pressure, they aim first to break him, and then to obtain a false denunciation of his own writings.

This, they hope, would be a trump card in the USSR’s current efforts to ward off the serious danger of expulsion from the World Psychiatric Association next July. To date, nine influential member-societies of the WPA—in Britain, the US, Scandinavia, and continental Europe—have called for Russia to be expelled or suspended from membership. If expulsion takes place, it will be the first time for several decades that the Soviet Union has been removed from an international body.

It is worth noting that the same sort of attempt to extract a recantation has been made—and for rather longer—against another inmate of Chistopol prison, the Jewish leader Anatoly Shcharansky. By all reports, Shcharansky has now been driven very near to death. The pattern of Koryagin’s case seems all too likely to be heading in the same direction.

In these circumstances the world psychiatric and medical community has begun to respond with mounting protests. A recent telegram to Mr. Yuri Andropov, for example, from the president and other leaders of Britain’s Royal College of Psychiatrists calls for Dr. Koryagin’s release and reinstatement, in view of the “eminent service to psychiatry” that he has rendered by his defense of “the ethical principles of the medical profession.”

Dr. Koryagin’s new document takes the form of an appeal to the World Health Organization and the UN Commission on Human Rights. He hopes that the facts he cites “will receive wide publicity” and be debated by those bodies. This, he believes, might help people genuinely concerned about human rights to understand the reality behind Soviet propaganda, and might “in some way spur them on.”

The basic human right is the right to life. This is a truth which Soviet propaganda is currently using as a principal slogan in its worldwide propaganda campaign.

As a Soviet political prisoner and a doctor, I state that the conditions in which prisoners are held in political camps are designed to break their physical and mental health. The conditions directly threaten and shorten their lives. This derives in no small degree from the physical torturing of them through starvation, cold, and deprivation of sleep.

During Koryagin’s six months in the camp prison and thirty-seven days in the even stricter “cooler,”

I was mostly kept in a solitary cell of 3.2 square metres which had very weak lighting and not even a bucket of water. I was taken out for only thirty minutes a day, to walk in a tiny space where one could hardly move….

Food rations in the camp are specially reduced. A small bowl of soup or three to four spoonfuls of porridge cannot meet the basic needs of the human organism. So you always feel starved and you constantly think about your next intake of food, which of course doesn’t fill you either. This feeling is so prolonged and intense that it has the effect of genuine torture. In the cooler, where every other day one gets only bread and water, the torture becomes almost unbearable.

During the winter months the temperature in the cells of the camp prison was mostly between 9 and 14 °C. A cell with that temperature inevitably made one feel frozen, even when wearing a jacket. Whenever the temperature reached 18 °C the warders promptly took the jacket away.

In the cooler I could eat only by sitting on the bare, frozen floor. Here the cold was even harder to bear because of the sharply reduced food rations.

The cold made it impossible to sleep. In the cooler the night becomes an endless torment. Sleep consists of brief moments of dozing, brought to an end by fits of uncontrollable shivering and the all-pervasive cold. One’s feet freeze solid, and so does one’s head—shaved bare especially for the cooler! Every cell in one’s body suffers from the cold. Cold seeps through the window, the iron door, the cement walls, and the cracks.

One has to get up and do vigorous exercises to warm up. After this, getting to sleep on the bare boards without headgear is quite impossible. The night lasts forever.

During the day one’s head is like lead, and one perpetually feels drowsy, inert, and fearful of the approaching night. Feelings of hopelessness and frustration, outbursts of desperation and anger—these are the common emotions of prisoners in the cooler.

All these “reeducational” measures exhaust one’s physical and moral resources, being directly aimed at one’s biological core—the physiological mechanisms of one’s body. While in the camp prison I lost at least twenty-two pounds (I was previously of average weight).

Inmates of the camp prison usually contract various diseases, and already existing illnesses get worse. “This isn’t a sanatorium” is the sort of cynical response typical of the camp officials. A doctor who found a heart murmur in Yuri Orlov (aged fifty-eight!) refused to excuse him from heavy manual labor.

One should note that the camp prisons and coolers are mainly filled with prisoners of conscience. It is they who suffer the most, as officials try to extract from them what the KGB want—renunciation of their beliefs in exchange for their health and their lives.

I have repeatedly been punished for my firm refusal to talk with KGB officials. The last one to visit me made this unconcealed threat: “The longer you stay silent, the longer you’ll stay in prison.” His revenge followed at once: fifteen days in the cooler.

How can one talk of the right to life here! The prisoners are allowed to live only in exchange for their consciences and beliefs.

The whole range of weapons deployed against political prisoners, weapons which make their lives in camp intolerable, has been developed and codified by the Ministry of Internal Affairs. Thus it is the Soviet government alone which bears the responsibility for the broken health and shortened lives of those who, on its orders, are tortured in the political camps. 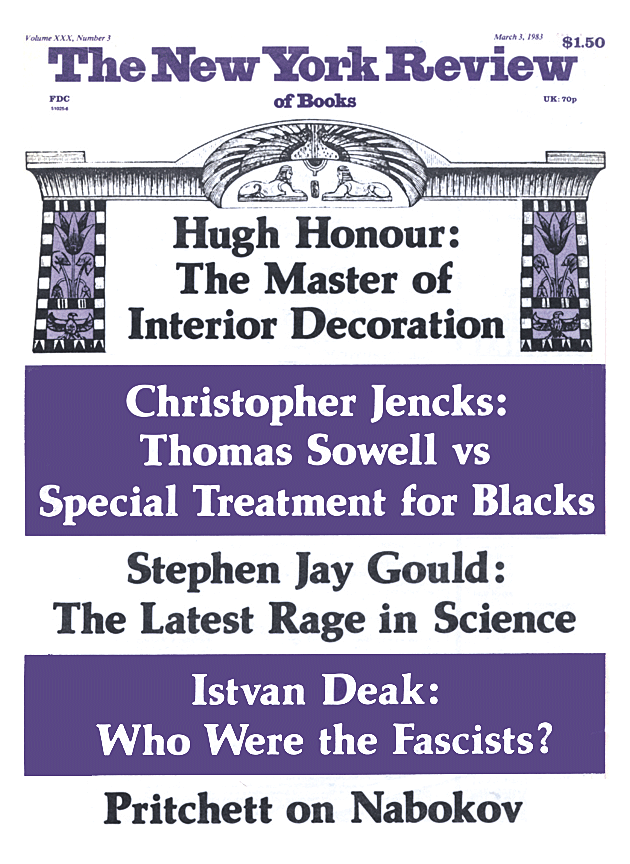