Stephen Toulmin’s review of Alan Turing: The Enigma by Andrew Hodges [NYR, January 19] is unified by a rhetorical device that we find misleading. Mr. Toulmin explains the sense in which it can be said that Turing’s early work undermines the conception of mathematics as “a self-contained ‘system.’ ” It seems to us that self-contained is the important idea here; but Toulmin goes on to emphasize system and to suggest very plainly that Turing’s tragic encounter with the British moral and legal “system” was seriously connected with his attack on David Hilbert’s vision of a “systematic” decision procedure in mathematics. What could the connection be?

Toulmin sketches an answer in two paragraphs (p. 3) that we find very difficult to follow. He begins with the “mechanical vision of physical nature” developed in the seventeenth century:

This vision legitimated both the Cartesian dichotomy, which set the rational activities of human mentality outside the physical world of causal processes; and also the Newtonian account of material nature, as a self-contained and fully determined system of forces and particles, which Heisenberg’s indeterminacy principle had done little more than dent. And this same model of the world, as a self-maintaining system, had also been called on to explain, and to justify, the “social system” of the bourgeois order.

Thus, any basic reformulation of our ideas about machines and systems put more at risk than the systematic character of mathematics and symbolic logic.

The last sentence is a crucial pivot, and we don’t doubt its correctness. What it implies is that any political theorist now attempting to justify the social order by analogy with mechanics or mathematics would do well to anticipate objections based on quantum mechanics or the developments in mathematical logic that began with Gödel and Turing in the 1930s. What we cannot see is that Turing’s failure to anticipate the reaction of the Manchester police to avowed homosexuality (naiveté? insouciance? defiance?) is explained by his work on noncomputable numbers and universal machines. (Or does the explanation run in the converse direction?) Toulmin acknowledges that Turing, as a Cambridge don in the grand tradition, was “a bit out of touch with worldly things.” Would he have avoided conflict with British law if he had been a disciple of Hilbert? If he had been a more conventional person, would he have elected to work on differential equations?

Speculating further: Was Gödel a political subversive? Since Bertrand Russell tried to outlaw certain mathematical utterances that yielded “class” paradoxes, why wasn’t he an opponent of free speech or a National Socialist? If it were true that Werner Heisenberg could never come to firm decisions about politics, would we attribute this to his “indeterminacy principle”? But leaving behind the play of rhetorical questions, let us consider an alternative interpretation of Turing’s work (not necessarily better than Toulmin’s, but interesting for the present argument). We borrow the interpretation from Hodges (p. 109):

Alan had proved that there was no “miraculous machine” that could solve all mathematical problems, but in the process he had discovered something almost equally miraculous, the idea of a universal machine that could take over the work of any machine. And he had argued that anything performed by a human computer could be done by a machine. So there could be a single machine which, by reading the descriptions of other machines placed upon its “tape,” could perform the equivalent of human mental activity. A single machine, to replace the human computer! An electric brain!

Now we propose to argue according to Toulmin’s method, but to the opposite conclusion. Most of the anti-dualistic arguments advanced by current theorists of artificial intelligence are indebted to Turing’s universal machine. We could say that Turing developed a model of the world that denies to consciousness any privileged status outside the “system” of determinate operations reproducible in principle by a machine. It is true, as Toulmin emphasizes, that Turing demonstrated the limits of any such system; but we emphasize that Turing situated consciousness within the system. Hodges again (p. 212):

Although his solution of the Entscheidungsproblem and his work on ordinal logics had focussed attention on the limitations of mechanical processes, it was now [ca. 1940] that the underlying materialist strain of thought began to make itself more clear, less interested in what could not be done by machines, than in discovering what could.

On this account we argue that artificial intelligence is deeply implicated in the bourgeois social system. The neo-Cartesians now appear as the last defenders of the creative human subject in an alienated world of systems theory; and we expect them to turn up in police stations everywhere, accused of every imaginable social deviation. If they don’t run afoul of the law, it can only be because they are more prudent about suppressing the (real) connection between mathematics and social life than Alan Turing was, on Toulmin’s account of that connection.

The point is this: even if Toulmin’s account is more than just a pun on the word system, it is at best a metaphor with contrary applications of equal plausibility. If Turing had only been more prudent, if there were now such a living personage as “Baron Turing, former president of the Royal Society” (a specter raised by Toulmin at the beginning of his review), our application would seem to be the correct and obvious one. But surely this possibility ought to engender doubts about the whole enterprise.

We can imagine a defense of Toulmin along the following line: “Baron Turing” is counterfactual; Turing in Manchester was the reality. And the reality is what determines the correct application of the ambiguous “system”-metaphor, at least for the case of Alan Turing. The problem with this defense is that it begs the central question: how does one know that the connection between universal machines and social conformity is strong enough to determine such applications, or to be of any cognitive use whatsoever?

If the “system”-metaphor is ambiguous as applied to the life and work of an individual, it is even more elusive when used to link whole societies and scientific traditions. Here the many possible readings are a matter of historical record, not simply of counterfactual constructions. Take Toulmin’s own example of the Newtonian “self-contained and fully determined system of forces and particles” and its implications for the ” ‘social system’ of the bourgeois order.” This reading, which owes as much to Laplace as to Newton, is already at odds with the theological—and arguably political—implications Newton himself drew from his cosmology: Newton’s willful, interventionist “Lord God Pantokrator” ruled a system that was hardly “self-contained and fully determined.” During the eighteenth century, Newtonianism was indeed enlisted to justify the “bourgeois order” (then a rather liberal program); but the selfsame system also served advocates of almost every other political stripe, from Anglican Latitudinarians to socially conforming Deists to materialist radicals.

In short, in the political sphere there were almost as many Newtonian systems as there were Newtonians. The history of science is replete with similar examples of the political elasticity of scientific theories: both Karl Marx and Andrew Carnegie drew comfort from Charles Darwin’s evolutionary theory. At the societal as well as the individual level, the connection between scientific work and its social interpretations is notoriously underdetermined. No single metaphorical link can do it justice, particularly in the absence of further supporting argument.

The great injustice suffered by Alan Turing says much about Cambridge and about England and about bourgeois society, but we doubt that these messages can be usefully couched in the language of computable numbers. At any rate, the review essay has not convinced us; and Hodges himself, though always concerned to bring out connections between science and social life, is generally more cautious. Toulmin summarizes his argument as follows (p. 6):

In the world of English society and politics, as late as the 1950s, order and system were still deeply serious matters: and, once Alan had left Cambridge, he was playing for keeps.

With all due respect to Mr. Toulmin, we cannot see that such statements have serious cognitive value. The social consequences of mathematics are not intelligible through such metaphors.

Let me clarify the thrust of my argument:

(1) Certainly, the analogy between the uses of the term system in mathematics and natural science on the one hand, and in social or political thought on the other, embodies a “rhetorical device.” But this device is not (as is here implied) a perverse invention of my own devising. On the contrary, it is one that has always played a part in the justification of the bourgeois social order. In the early eighteenth-century English debate, for example, Newton’s mechanical account of the planetary system provided social thought with a powerful model: see, e.g., Steven Shapin’s paper “On Gods and Kings” in Isis for February 1981. In our own century, Emile Durkheim and Talcott Parsons turned, rather, to physiological ideas about homeostatic systems as their model in thinking about “the social system”: see, e.g., Paul Q. Hirst’s book Durkheim, Bernard and Epistemology (London, 1975), and Parsons’s autobiographical essay in Daedalus for 1971. Whatever its other sources, however, the idea of “system” has always been a ruling concept, metaphor, or topos of bourgeois political debate; and scientific analyses of “systematicity” have repeatedly been appropriated, by way of analogy, for the purposes of social argumentation. Even the radical critics’ rejection of the bourgeois order in the 1960s and 1970s was couched in terms of the same topos: to be truly radical meant, for them, being “against the system.”

(2) Just because the power of this analogy is a matter of “topical relevance,” not of “analytical entailment,” its cogency depends in part on contextual factors. Andrew Hodges’s account of the social and political overtones of Alan Turing’s ideas thus did well to set them firmly in their specific context, viz., English upper-middle-class life from 1910 to the 1950s; and to me personally—having followed the same road to King’s College, Cambridge, a bare ten years later—it rang particularly true. Kurt Gödel and John von Neumann, having grown up in quite different situations, would no doubt have thought about the social implications of their own and Turing’s work (if any) in quite other terms. Yet equally—as Hodges’s biography so admirably shows—if Alan Turing himself had grown up in a society less preoccupied with social ideals of “order” and “system,” and more ready to think about (say) institutional adaptability or the possibility of new life styles, both his life and his thought might have been freer to take a different, and less tragic course. 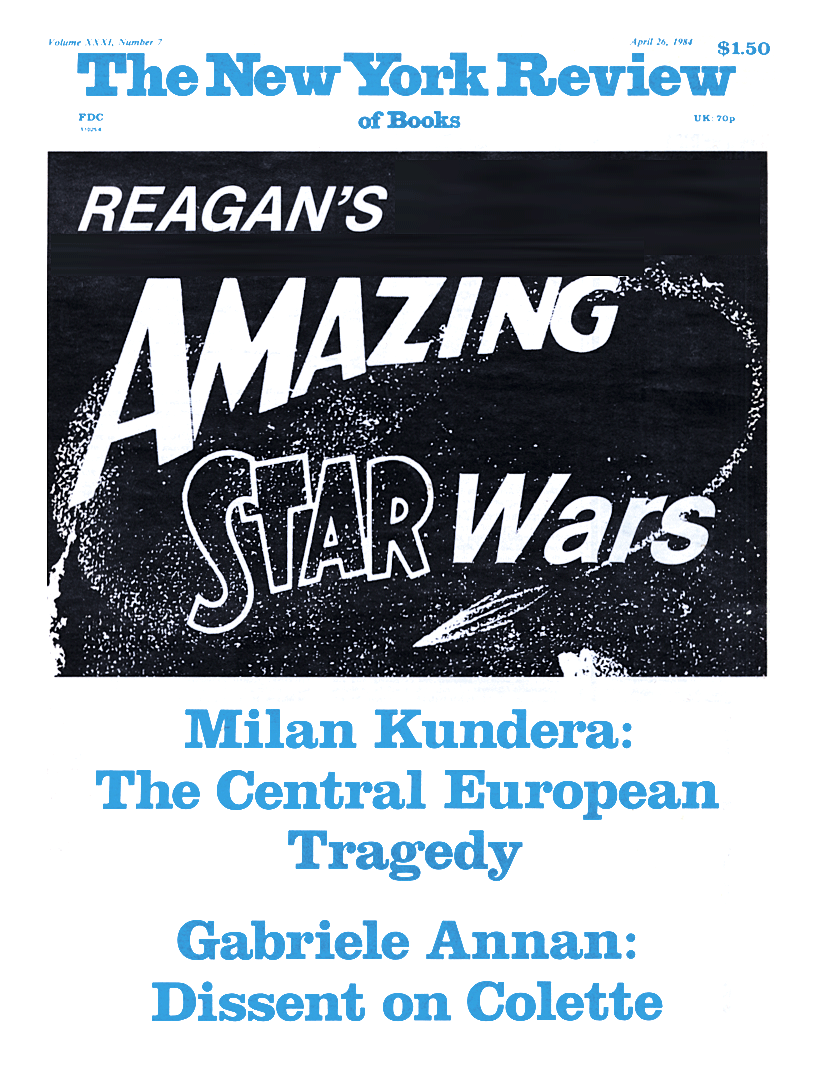 An Exchange on Post-Industrial Society

‘The Storm Over the University’: A Further Exchange

Machines Without a Cause