The blow has fallen, our dear dim local grocery
been shut down by the State—not yet for good, though
how, in whose wildest dreams, will it get
its act together?

The son picked to succeed him never lived up to the
seigneurial old man. Yet his clientele
kept brightly toeing the line of least
resistance, taking

with a grain of salt (Aisle 3) all talk of heavy drugs
and light women, closing Republican eyes
to dead mouse and decimated shelves.
the padded statement;

nodding with vague good will to the taciturn widow
upon her rare, black-shawled manifestations
by the meat locker, or pausing the
length of a joke with

the handsome, cock-eyed daughter (-in-law?) and her teenage
sidekick—Zig-Zag cigarette-paper pirate
freshly tattooed, indigo on bisque,
upon his shoulder;

but failing to check a wave of perfect unconcern
each time we stepped into sunlight. Alas for
their compulsive Havaniceday! We
had made other plans.

Small wonder the plate-glass windows one night were whited
out as by frost (butcher’s paper), and pumpkin
faces promised REDECORATION!
GRAND REOPENING!

or that during those weeks of grace no light from inside
shone, no rumor escaped. Like an old servant,
face to the wall, refusing comfort,
the place rebuffed us.

The big day came and went. So did the customers in
disbelief. I could have warned them. Why, only
mornings before, a rip in wintry
blankness let me peer,

peer like Thoreau, cheek to the skylight of his glaucous
parlor, down at wall-eyed denizens by cold
and apathy hypnotized. There my
three were suspended:

the aproned boy, head raised as if checking an order,
the young woman at her counter, the old one,
shawl held tight, mute in the gloaming still—
their living simply

switched off at the source by the electric company?
Plainer than day was how, next summer, this prime
square footage would be developed in
the usual way.

Oh well, what don’t we learn to live without? Our drugstore—
gone forever. Likewise the rival grocer,
the Syrian tailor, and the Greek
who resoled our shoes.

Now, having watched their premises without exception
change to antique shop or real estate office,
and our neighbors into strangers charmed
by what these offer,

we must ourselves go forth in hollow-eyed addiction
to malls where all is maya, goblin produce,
false-marble meats, tinned tunes, the powder
promises of Cheer.

Victims of a force that in guises far more ghastly
elsewhere upon our planet squanders its fruits,
let us give thanks for what we’ve been spared,
and let what is lost

(says the adage) be for God. Varying eerily
from truth to truth, his voice—and never more than
when speaking American—sounds like
that of the people. 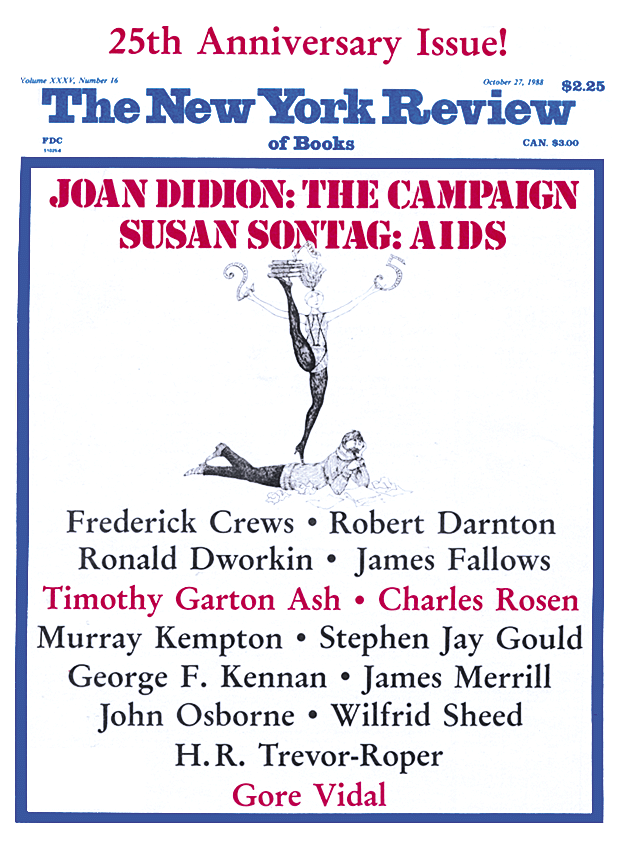 James Merrill (1926–1995) was an American poet whose major work The Changing Light at Sandover describes a series of spirit communications conducted over many years. He won the National Book Award from his collections Nights and Days and Mirabell: Books of Number.