Senator Moynihan modestly informs us [“The Peace Dividend,” NYR, June 28] of his prescience in predicting the exhaustion of communism as a world force. “The truth is that the Soviet idea is spent,” he quotes himself from a 1984 speech. “It commands some influence in the world; and fear. But it summons no loyalty. History is moving away from it with astounding speed.” He wisely refrains, however, from reminding us some of the statements he made a few years earlier when, as Nixon’s ambassador to the United Nations, or in the pages of Commentary and The Public Interest, he bemoaned the “decline of the West” and the “failure of nerve” of American foreign policy elites that were hobbled in their “responses to communist aggression (by)…the superior capacity of Marxist argument to induce guilt.” In the 1975 speech just quoted (Pacem in Terris IV, December 2, 1975) he also deplored the “decline in authority” of elites obliged to justify their actions to rude protesters, and, tipping his hat to Leo Strauss, “the foremost political philosopher of his time in America,” noted the “long term idological drift away from liberal democracy” by Marxists and third world intellectuals presumably hypnotized by utterances once heard at the (formerly) leftist London School of Economics. In the NYR he reminds us that six years ago he stated that “we should be less obsessed with the Soviets.” Presumably we were not supposed to take him seriously when as late as 1979 he was breathlessly informing us that “quite soon now the Soviets will have the capacity to destroy our land-based missiles, and thus in one nuclear strike wipe out much of the retalitory capacity which we have counted on to ‘deter’ them” (Newsweek, November 19, 1979). At that time he also maintained, like other neoconservatives, that the Soviets were running out of oil (sic) and that their next “move is obvious: into the oil fields of the Persian Gulf in order to reverse the decline at home and preserve national unity.” Having in 1975 approvingly quoted Strauss’s comment that “the only restraint in which the West can put some confidence is the tyrant’s fear of the West’s immense military power,” Senator Moynihan now warns us in the NYR of the dangers of the national security state. This is not meant to criticize the Senator for changing his mind. Indeed, the twists and turns, backs and starts of his intellectual processes are one of the great entertainments of American public life. Rather, it is simply to observe that those who quote themselves as sources of wisdom should be careful to note which of their former selves they are referring to.

With apologies to e.e. cummings:

Mr. S will not be missed, Who once a Lippmannist.
Toiled too long on dense citations; Ended with hallucinations.

As, for example, stating that I was “Nixon’s ambassador to the United Nations.” 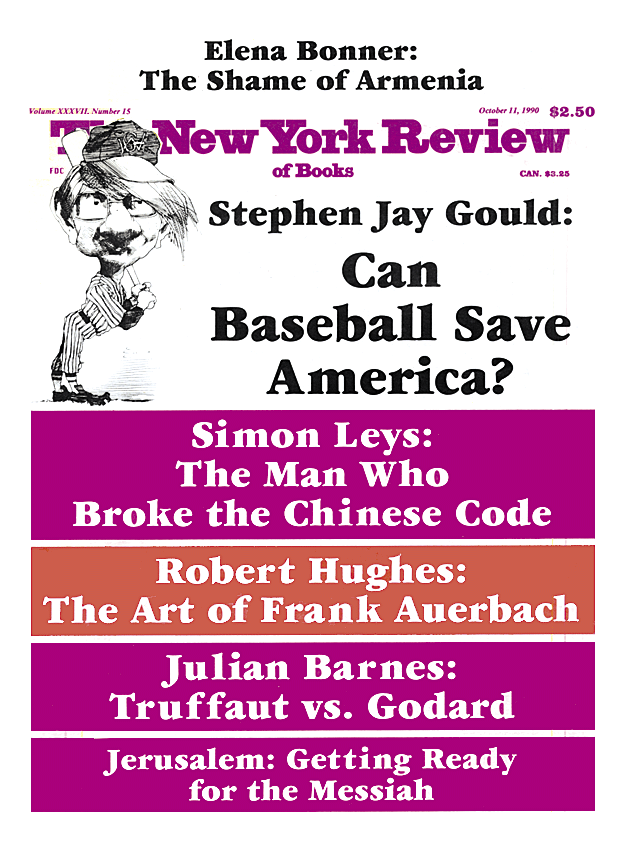 The West Without Chili