Early Music: An Exchange from the November 8, 1990 issue

I was saddened by the tone of Charles Rosen’s reply to Malcolm Bilson’s comments about the possible import of the differences between Mozart’s pianos and modern pianos [NYR, November 8, 1990]. Both men have raised issues of great aesthetic and historical interest to music lovers. But Rosen’s response to Bilson is in an angry, defensive vein, substituting ad hominem attack for evidence and reasoning. This is disappointing in a thinker and musician of his stature. The readers of the NYR would be better served by honest debate between these two fine pianists of differing philosophies than by the kind of ugly bickering that, for instance, seems nowadays to pass for political discussion.

What Rosen’s reply covers up is a matter simple at its root, however complicated the implications may be: Mozart’s eighteenth-century Stein or Walter pianos and Rosen’s twentieth-century Steinway or Bösendorfer pianos are extraordinarily sophisticated instruments, each perfect in its own way. The two types are quite different, having been consciously (and successfully) designed to satisfy two very different aesthetics. Each can do things that the other, with all the good will, musicianship, and brilliant pianistic technique in the world, cannot do. This fact has fascinating and profound implications for any meaningful modern estimate of what Mozart may have been attempting artistically. Such issues require and deserve sustained, intelligent discussion, not ill-tempered denunciations.

After reading the first paragraph of Professor Zaslaw’s letter, I was moved to apologize for the tone of my reply to Bilson, and for any unpleasantness it may have provoked. After the second I was no longer so sure. Whatever polemics there were in my reply to Bilson were induced, certainly not by anger, but by mild bewilderment: my original article [“The Shock of the Old,” NYR, July 19, 1990] was an attempt to raise a fundamental issue concerning late eighteenth- and early nineteenth-century performance practice that seemed to me not to have been discussed clearly before. This was the essential gap between the composer’s conception of a work of music and the multiple possibilities of realizing it in sound, and the article became very long—too long, in fact—as I tried to make this point easily intelligible. Bilson’s courteous and interesting reply was written, nevertheless, as if my arguments had never been put forward, and made the usual and—to me—erroneous and anachronistic assumption that the conception of an eighteenth-century work was identical with the sound we think the composer expected to hear. This is true today of a work composed on an electronic synthesizer for tape but it is misleading when applied to Mozart.

If the first two sentences of Professor Zaslaw’s second paragraph mean anything beyond an assertion that a late eighteenth-century Stein piano does not sound like a Steinway, he subscribes to the same fallacy, and limits a piano work of Mozart to the way it sounds on a renovated Stein or on a modern replica of one. Instead of answering my arguments, he merely repeats, like Bilson, the thesis I have tried to refute.

Zaslaw claims that both Stein and Steinway are “each perfect in its own way.” I know, however, that there are aspects of the music of Stravinsky, Bartok, Boulez, and Carter that can only be imperfectly realized on a Steinway. I see no reason to accept a claim of perfection on behalf of the Stein. If Zaslaw—and Bilson—think a Stein is perfect for Mozart, that is only and tautologically because Mozart is to them what he sounds like on a Stein. Multiple possibilities of realizing a musical text are a basic tradition of Western music, a tradition which no longer apparently has any reality for them, and the intelligent discussion hoped for by Zaslaw is blocked at the outset.

To say that the Stein was “consciously (and successfully) designed to satisfy” an aesthetic is, as Zaslaw knows well, a naive claim that ignores conflicting aesthetic ideals and all manner of mechanical problems that stand in the way of constructing pianos. If the Stein were really so “perfect” for Mozart, then the greater sustaining and singing power of the new pianos made soon after Mozart’s death would be a falling-off from this absolute state. We can readily admit that the “improvements” in construction entailed a loss of certain tonal qualities as well as a gain of others. Zaslaw’s position, however, implies that all the changes be seen as nothing but a loss and a degeneration from the ideal sound. This is not even remotely an intelligible position from the point of view of a late eighteenth-century aesthetic, much less from one which will serve today’s attempts to perform the music of the past as if it were still significant and alive. What is needed is a discussion of the interplay between composition and performance, not a dogmatic assertion on one side that only the ancient instruments are acceptable or on the other that anything goes as long as it sounds well today.

Professor Zaslaw is the world’s leading authority on the size and makeup of orchestras in Mozart’s lifetime. It would be foolish to perform a Mozart symphony today without taking some account of his research. It would be equally foolish to believe that a strict reconstruction of an eighteenth-century performance is an adequate way of carrying on our musical life. Ancient keyboards raise more problems than other instruments, and we are in a bad way with Mozart’s piano music. We must either play the concertos on modern instruments which are awkward and inapt for the task, or on replicas of ancient ones, which were already imperfect at the time in any good-sized hall, and are doubly inadequate today in modern concert and recording conditions. Perhaps instrument makers, instead of blindly replicating old pianos, could be induced to invent something that will retain the old characteristics, but that can be used with more flexibility. Until then, we can only rejoice that Mozart seems to have survived two centuries of imperfect and inadequate performance. 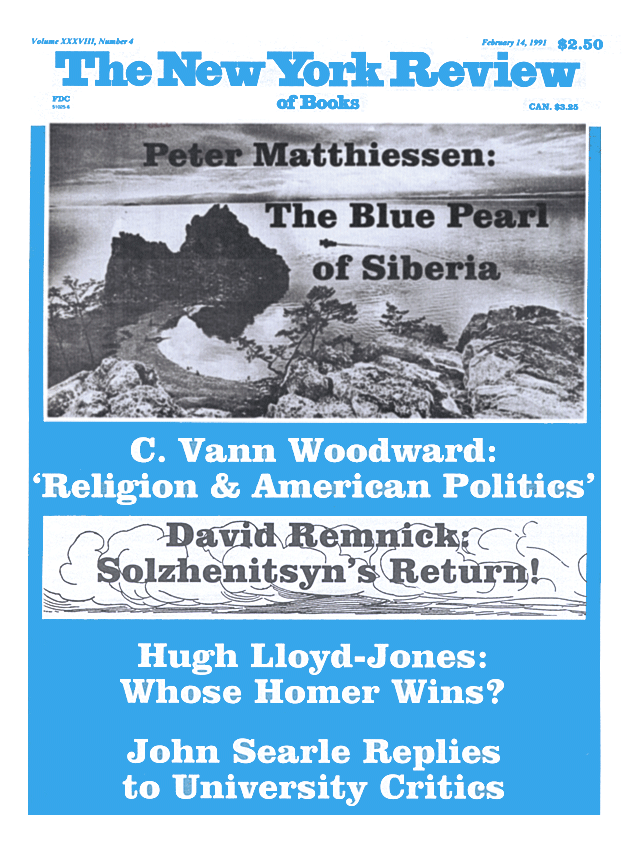 Epithalamion for Stein and Stein

A Mozart Player Gives Himself Advice

What Mozart Meant: An Exchange

Martin Meyer, translated from the German by Richard Stokes

On Mozart: An Interview with Alfred Brendel

The Best Book on Mozart