The text of this appeal to our compatriots was passed at a meeting of cultural and scientific workers which took place at the USSR Cinematographers Union on January 16, 1991. It was published, under the title ‘The Voice of the Intelligentsia,’ in Argumenty i Fakty in late January.

We, people of science and culture, appeal to everyone who knows, reads, listens, and watches us.

We all wanted to live to witness a normal human way of life. None of us could be sure of anything, but at least there was hope. This hope has collapsed. Now we see clearly: perestroika, which began in Moscow in April 1985, was shot dead in Vilnius on the night of January 13th. All this time we have supported the President, sometimes closing our eyes to the inconsistencies of his policies. We hoped that he would support democracy, that he would preserve his loyalty to the presidential oath. However, the crime committed in Vilnius was denounced neither by the President nor the Supreme Soviet of the USSR. After this, we can no longer deceive ourselves. The takeover has already begun. If it succeeds, then camps, repressions, fear, hunger, and destruction will once again await us. Furthermore, our country will again be cut off from the rest of humanity by an iron curtain and will become a nuclear scarecrow for the whole world.

What is to be done?

At this dramatic moment, when the President and the Supreme Soviet are betraying democracy, we appeal to you to support the legally elected parliaments and governments of the republics, which were chosen by the people. They are defenseless. They have neither army, nor KGB. Only the broad support of the people will give them the necessary strength to defend their sovereignty and lawfulness. A union of republics cannot be held together by bayonets and tanks.

We call on you to unify into a broad-based democratic movement capable of withstanding the oncoming dictatorship. And as a first step we call for the immediate withdrawal of punitive troops from the Baltics.

I. Andreeva E. Klimov A. Smirnov

I. Vinogradov B. Messerer L. Chukovskaya 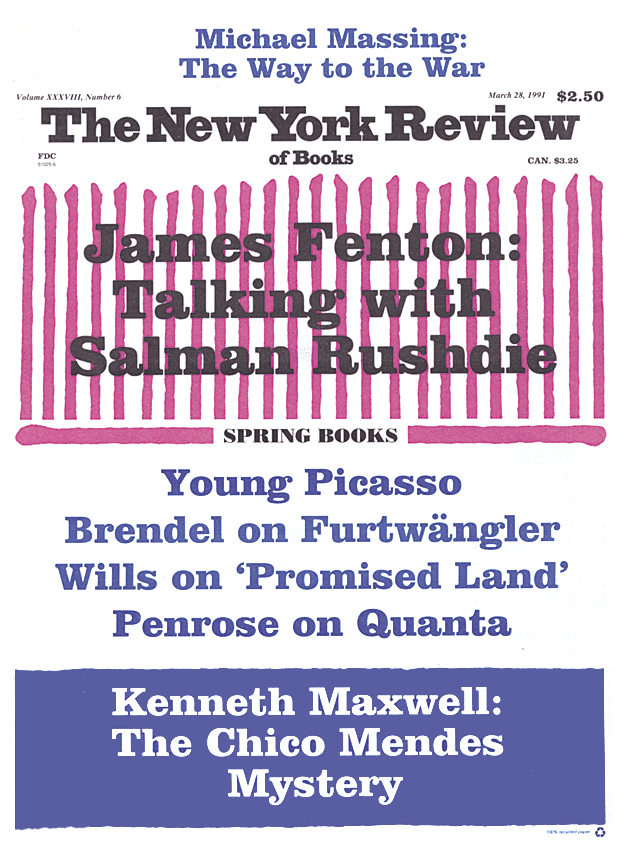 Jamey Gambrell is a writer on Russian art and culture. She has translated works by Marina Tsvetaeva and Tatyana Tolstaya, in addition to Vladimir Sorokin’s three-volume Ice Trilogy and his Day of the ­Oprichnik. Her translation of Sorokin’s novel The Blizzard will be published in December 2015.

Viktor Erofeyev is the author of Russian Beauty, a novel, and the editor of The Penguin Book of New Russian Writing. He lives in Moscow. (March 2001)