To complain in your letters page about an unfair review is to risk the charge of sour grapes—not to say the further torments of an obstinate reviewer who will probably be given the last word. I take the risk anyway against all good advice because I think that the unsuspecting readers of your journal deserve better than the travesty offered by your reviewer, Derek Jarrett, of my Battle of the Books [“Twin Peaks,” NYR, December 5, 1991].

Presumably’ they deserve at least to know what the book is about, but this is the last thing that they can have gained from his essay. Mr. Jarrett chose to mention a couple of passages in a large work, deliberately overlooking its main argument and most of its contents. At a minimum, he might have explained the book’s subtitle and informed his readers that this is a study as much about history in the Augustan period as literature, and that nearly half the book is devoted to a description and evaluation of the place of history in contemporary culture. Even on Jarrett’s own narrower (literary) ground, he might have noticed that large sections of the work are devoted to such matters as Alexander Pope’s translation of the Iliad and his Dunciad; to Richard Bentley’s exposure of the epistles of Phalaris as a forgery and his edition of Milton; as well as a host of lesser authors and scholars, all of whom participated in the battle. (To take one example, almost the whole career of William Wotton is recovered and threaded through the book.) But of all of this we hear not a word. When at last in his final paragraph, Jarrett tells the reader just what the story really was about, he regrets that I have willfully neglected what he calls the “general public.” But this is to miss the point entirely, since the book made a deliberate effort to do exactly that: to describe the battle of the books as a conflict of ideas between scholars and the general public (between the uses of historical scholarship and literature), and to employ a variety of sources that had never before been used for the purpose. To think of the quarrel, as Jarrett insists, as a conflict of allegiance between the Greek and Roman gods in which Perrault’s fairy tales were the chief document will I suspect be incredible to most students—as it is certainly tangential to the battle of the books. But Jarrett is entitled to his opinion, and to insist on it as superior to mine, as long as he gives his readers some slight inkling of what mine is.

Perhaps some will sympathize with Jarrett’s wish to review a different book from the one he was burdened with, or even to direct his readers to other matters. (Nevertheless, it does seem a little silly for him to be rummaging in my index hunting for Greek gods when the whole subject bears almost no reference to the story.) Still, if he wanted to spare his readers the trouble of looking at the book, he might at least have taken the trouble to read it through for them and weigh its arguments. My work made an effort to reinterpret the issues in the battle of the books, to set it in the larger quarrel between the ancients and the moderns, to redefine its dimensions, and to assess something of its abiding significance. I tried to resurrect a whole forgotten world of intellectual controversy by thoroughly excavating the extant materials in manuscript and print. And I tried to make it readable for a non-specialist audience. I may well have failed in these matters, and that would furnish an instructive review, but your readers are left blissfully ignorant even of the book’s ambitions, much less its success or failure, and it is hard not to suspect the good faith of the reviewer. In one of the few references that he makes to my work, he gives a quotation out of context that completely misrepresents my position. I certainly did not mean to describe the quarrel as a contest between England and France, not even between Temple and Perrault, though Temple did take a swipe at the latter, but as a conflict between two parties in England, with the French, equally divided, in the background. But Jarrett wishes it were otherwise, and not content to disregard my argument prefers to substitute another so that he can more easily dismiss it!

I don’t think it is unreasonable to ask that a reviewer look at his review copy before turning it over to a second-hand bookstore; or to produce a summary description of its arguments and contents for his readers; perhaps even to make some comparison with other books in the field and offer some judgment about its contribution as interpretation, scholarship and writing. One might even be willing to sacrifice all those things for a coherent and interesting essay in free-association. But I wonder if any of your readers got much beyond the first paragraph. Surely no one wanted to read this review more than I, if only to discover whether the reviewer would ever get around to discussing the book, yet even I had to falter in boredom and confusion long before the end. 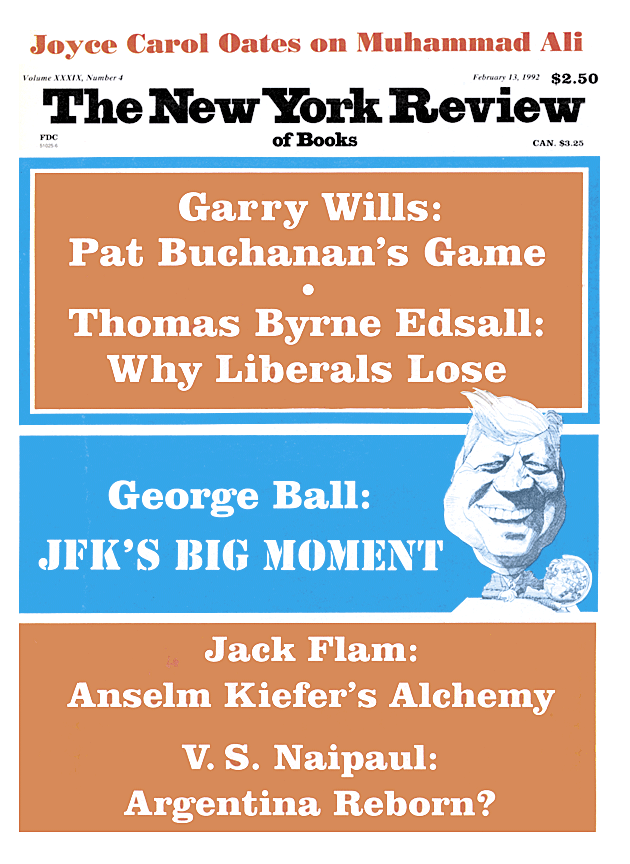 Is This History Necessary?

Pictures from an Expedition