Re the article “Witch Hunt in Prague” by Jeri Laber:

The “lustration” law to which she refers has another meaning besides “purification”: notice that it bars for a period of five years certain individuals from holding high-level positions. A five year period has been known in the West for 2,000 years as a “lustrum,” after the Roman custom of offering sacrificial rites of purification every five years after the census was taken. This word became lustre in British English, luster in the US, lustro in Spanish, etc.

Messrs. Bratinka, Kroupa, and Dlouhý speak for a certain faction in the government of the Czech and Slovak Republic, but not for the government as a whole. Ninety-nine parliamentarians have referred the lustration law to the Constitutional Court for review and President Havel has eloquently warned against its evils. In his interview with Adam Michnik, Havel remarked:

I believe that the call for revealing the names of all those who were somehow connected with the police—regardless of when and why—is very dangerous. This is a bomb that can blow [up] any moment and once again poison the social climate, introduce elements of fanaticism, misdeeds, illegality, and injustice…We must be able to face our past, name it, draw conclusions from it and mete out justice; but this has to be done honestly, with consideration, tact, generosity, and imagination. Those who admit their guilt and expiate should be forgiven.

And in his speech last autumn at New York University, published in the New York Review of April 9, Havel said:

The problem is that the relevant legislation is based on the principle of collective responsibility, prohibiting certain persons from holding certain offices solely on the basis of their membership in certain groups defined by outward characteristics without giving them the right for their cases to be considered individually, which runs counter to the basic principles of democratic law.

As for the specific points in the letter from Messrs. Bratinka, Kroupa, and Dlouhý:

We would all agree that Communists who are guilty of criminal behavior should be punished as criminals who have violated the law. The lustration act, however, is aimed at punishing Communists for their presumed support of an abusive system: it includes in that group all Communists who held positions above a certain level, regardless of their specific acts.

Finally, an observation: Your letter led me to review the next-to-the-last paragraph of my article “Witch Hunt in Prague,” where I talk about the “immense horror” of the Communist system. I wanted to be sure that I had made my own deep opposition to communism entirely clear. And if I feel this way, one can only imagine how citizens in Czechoslovakia are affected by such discourse. This is one of the insidious effects of lustration: it creates an unhealthy social atmosphere where anyone is suspect and rumors abound, an atmosphere of suspicion and distrust all too familiar from the Communist days. 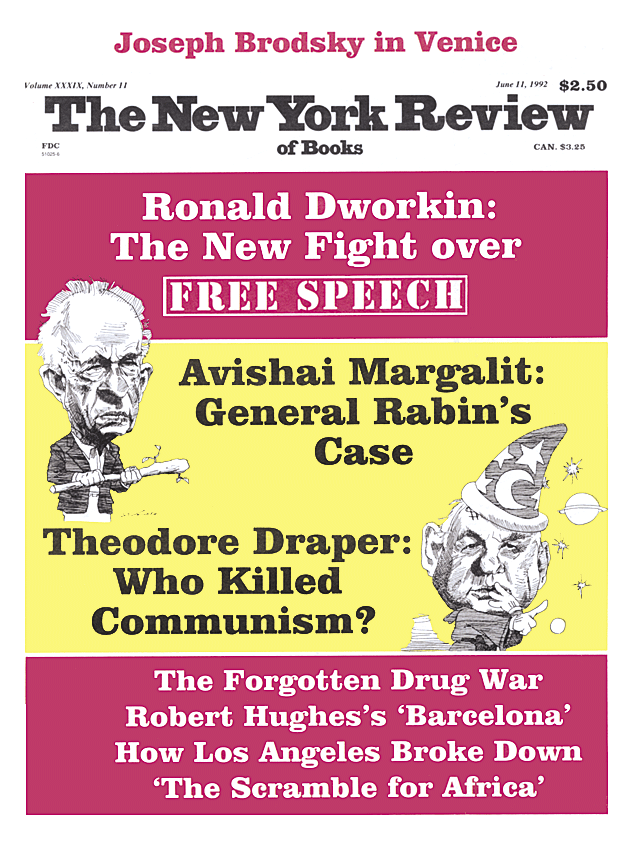