The Beginning of the End from the December 21, 1995 issue

Ian Buruma’s extended discussion of our film, The Gate of Heavenly Peace [NYR, December 21, 1995] successfully conveys much of the complexity of the 1989 Chinese popular movement. On some key issues, however, Buruma’s interpretation forces the film into precisely the framework it is trying to dismantle.

Buruma sees our film in simplistic terms of “for” and “against”: i.e., promoting purged Communist Party leader Zhao Ziyang, and denouncing student leader Chai Ling. But the idea that there is only one correct path for China is precisely what the film intends to question. We present a range of perspectives in order to capture the nuances of a debate which has preoccupied many Chinese before, during, and after the 1989 movement: after a century of disappointing results from bloodshed and destruction, are there alternative ways of creating a better society? At the opening of his piece Buruma reduces this important debate to the bickering and blaming that follow a failed rebellion.

In his effort to defend Chai Ling, Buruma compares China to an occupied country, an analogy which is misleading. To perceive the Chinese Communist Party as a foreign force underestimates the task of democratic transformation, because to end an occupation it isn’t necessary to change the fundamental operations of native political power. The same perception also overestimates the Party’s ideological cohesion.

During the 1980s the Party was in fact riven by struggles over the scope of economic and political reform. Near the center of power were some older Communists who were advocating change, as well as younger people who joined the Party with the express goal of ending one-Party rule. At the grassroots, some of the most active protesters in 1989, including Chai Ling, came from the ranks of the Communist Party or its Youth League. The forces for reform near the top were not strong enough to make sweeping changes, but they could respond to popular protest by making limited concessions, in turn widening the space for further protest and further change. In our film Zhao Ziyang is no more than an example of the older Communists who could be pushed to give more room for the expression of popular will. The idea that Zhao was a personification of some sort of new ideal promoted by the film is Buruma’s own.

Buruma sees our film as for “slow reforms, negotiated between intellectuals and Communist officials” and against “sustained popular protest.” The main disagreement among the voices presented in our film, however, was not over the legitimacy of popular protest, but over how to conduct such protest and to what end. Is the function of such protest, as Buruma would have it, to vent anger and declare independence? Or might protesters not set realistic goals and strive for limited victories? Buruma’s claim that the government offered no concessions is groundless. For the protesters, decisions about the timing and the extent of compromise are difficult, but a sustainable popular movement is in part dependent on such tactical choices.

Chai Ling, as Buruma states, did not favor compromise. Her courage was admirable, her frustration and intermittent hysteria understandable. But her propensity to label different opinions within the movement as “plots perpetrated by enemies” mirrors disturbingly the behavior of Party hardliners. We agree with Buruma that Chai Ling had no power to order the protesters to leave the Square. She did, however, have considerable influence. On May 19th, for instance, she and a few others decided to end the hunger strike after Party insiders tipped them off about plans for martial law. Despite strong opposition, this small leadership group, which did not share their information with the masses, was able to mobilize enough votes to end the strike. No one can know what might have happened had Chai put her political clout to work to end the occupation of the Square. But her decision to advocate staying had tragic consequences.

To say this is not to blame the student leaders for the massacre of June 4: it was a government decision to open fire. Nevertheless, many in the movement have called for a sober assessment of whether nonviolent protest must inevitably lead to massive bloody repression, and whether such repression is a necessary “catalyst” for change. Chai Ling thought so at one point—as she says in the May 28 interview Buruma quotes.

Buruma supposes that “there is some room for ambivalence” in Chai Ling’s statement and reports her insistence that she meant “expect” rather than “hope for” when she used the verb qidai in association with bloodshed. But there is no ambivalence in the original Chinese—the object of the verb qidai is always what the speaker desires. To say “I don’t want X to happen, but I expect it to happen” makes perfect sense in English, but the same sentence in Chinese using qidai is a contradiction. In any case, Chai Ling has made her meaning unmistakable in her subsequent criticism of protesters who favored leaving the Square (in a passage omitted by Buruma): “And what is truly sad is that some students, and some famous, well-connected people, are working hard to help the government, to prevent it from taking this measure [i.e., bloodshed].”

During the movement Chai Ling had developed a particular vision of nonviolent popular protest: that it should lead to the immediate overthrow of state power, even if the only way to achieve that was through mass self-sacrifice. Buruma praises the courage of Chai’s stance against the state, and implies that any other approach is mere appeasement of the enemy. This belittles the struggle of countless people who had acted under much harsher conditions, with far less attention from the Western media, and whose work, by creating some degree of public space, enabled the protesters of 1989 to enjoy a wider latitude for action. Today many Chinese continue to engage in day-to-day struggles for democracy without the protection of a mass movement. Their actions defy the logic shared by Chai Ling and the Party, a logic that permits only two possibilities: total victory or total defeat.

The road away from Communist Party rule is not clearly mapped, nor is it singular. In presenting disagreements among the protesters, The Gate of Heavenly Peace tries to convey a sense of the deep emotional, intellectual, and political commitments required in opening such a road.

I am not sure quite what Hinton and Gordon mean by “a better society.” I assume they mean a society governed by a freely elected government, and ruled by laws that protect civil rights. By this yardstick, the present regime in China is no more representative of the Chinese people than an occupation government would be, and people have a perfect right to rebel. However, I never overestimated the Party’s “ideological cohesion.” Just as there are “moderates” in occupation governments, there are reformers and moderates in the Chinese government. The point is they are not elected.
The problem is how to make an unrepresentative government representative. Negotiating with unelected moderates is one possibility, which may indeed result in “limited concessions,” but does it bring free elections and free speech any closer? Not very likely. I don’t think Hinton and Gordon presented Zhao Ziyang as “some sort of new ideal.” But as their letter shows, they believe he could have been pushed to “give more room for the expression of popular will.” But what is more room? Room for more demos? More dialogues with handpicked intellectuals or student leaders? And what is the popular will? How do we know what people want, if they cannot speak freely, and choose?

There was a popular rebellion in 1989, in many cities all over China. Such rebellions can sometimes achieve more than a show of anger: elections for example; think of South Korea in 1986. None of the demands—free speech, freedom to form independent unions, rule by law—was outrageous. At no point during the uprising was it clear that free elections or rule by law would result from negotiating with moderates and calling the rebellion off. That is why I don’t condemn Chai Ling. Whether I agree with her rhetoric or not (I don’t) is immaterial. She refused to give in to intimidation.

In the event, continuing the protest did not bring about democracy either. Nor did the Solidarity demonstrations in 1981. But those demonstrations were a harbinger for what happened eight years later. It was equally important for the Chinese to demonstrate their will (call it the popular will, if you like) to face down the government’s intimidation in 1989. This is not to belittle the struggle of others, operating under different, no doubt often harsher conditions. But the subject of the film, and consequently of my review, was the specific case of Tiananmen, not the heroic defiance of Wei Jingsheng, or the continuing struggle of Wang Dan and others. The rebellion in Beijing did not end in total defeat. People are not so easily frightened any more. But if one believes that democracy is possible in China, as it is in Taiwan, say, then anything short of total victory should be an unacceptable goal. 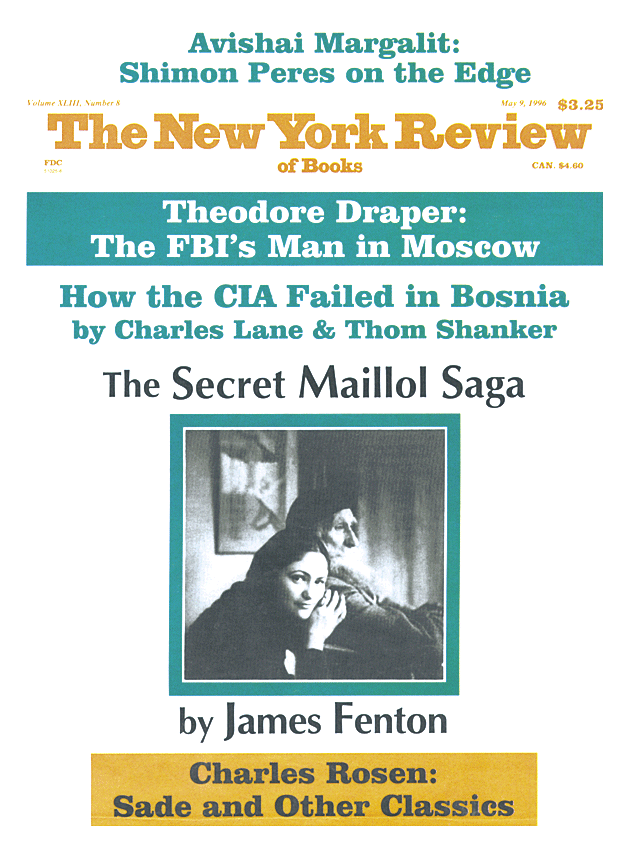 For Whom the Bell Tolls

Is the Party Over?

The Party: Impenetrable, All Powerful