Kenneth Starr and the Independent Counsel Act from the March 5, 1998 issue

Judge Walsh writes, of President Clinton, that “against his wishes, he was forced to contest the [Paula Jones] suit during his presidency by a ruling of the Supreme Court” [NYR, March 5]. This way of describing the Court’s action obscures what it in fact did, and consequently misallocates responsibility for the current debacle.

Last May the Supreme Court unanimously refused to stay the Paula Jones sexual harassment suit against President Clinton. One might assume that, once the Supreme Court allowed the case to go forward, the President’s only options were to settle the case on terms acceptable to Ms. Jones and her ideologically driven allies, or to go to trial. The former option would have had to include an admission of wrongdoing and an apology; the President had rejected this humiliating condition in earlier settlement talks. The latter option-which the President took and is still playing itself out-involves not only the risk of an adverse verdict at trial but also, as the world has witnessed, the hazards of the discovery process by which parties prepare for trial.

What was the President’s alternative? He could have refused further to defend the lawsuit. The reasons of State justifying his refusal would be precisely those that the Supreme Court had failed to grasp. This would in no way amount to defiance of the Supreme Court on a constitutional issue: all the Supreme Court had said was that the president must be treated as any other civil litigant-and it goes without saying that any ordinary litigant may choose not to defend his rights in a civil action.

And then what? The only practical remedy available to Jones under the Federal Rules of Civil Procedure would be a judgment of default. A judgment of default would include a monetary damage award, but in an amount that the President could easily satisfy by fund raising if not out-of-pocket. A default judgment would in no way “vindicate” Jones if the President’s stated reason for refusing further to defend the suit was the (by now all-too-obvious) fact that defending would demean his office and unduly distract him from doing the people’s work. A judgment of default is not a decision on the merits.

When asked about Harvard Law Professor Alan Dershowitz’s similar suggestion, an unnamed defender of the President’s legal strategy called the idea “absolutely crazy…. Can you imagine the reaction if the president defaulted with a $2 million judgment against him and an admission of guilt? You guys in the press would have poured gasoline all over him and then lit the match.” But a default is not an admission of guilt; and $2 million would not have struck the public as significantly more than the $700,000 that had already been offered to-and refused by-Ms. Jones.

Unfortunately, this third option is no longer available. The President’s deposition testimony and the Lewinsky affidavit are now and forever part of the record of the Paula Jones case. Whether what led to their coming into being amounts to an impeachable or indictable offense is an issue that the President’s recent popularity cannot settle. This issue arose, however unforeseeably, because the Supreme Court disastrously misanswered its half of the question: Must a sitting President defend a civil suit? To the nation’s perhaps lasting injury, President Clinton also misanswered his half.

In his interesting letter Professor Edmundson suggests that the President’s distraction by the Jones lawsuit and the accompanying intrusion by Independent Counsel Kenneth Starr could have been avoided if the President had simply defaulted in the Jones case. Under these circumstances, as Professor Edmundson points out, the President would have been subject to a judgment of $2 million, which, so far as overall costs are concerned, is not significantly more than the reported $700,000 that he has already offered in settlement, and which has been refused.
As Professor Edmundson further points out, even though a default judgment would not “vindicate” Ms. Jones, if accompanied by a statement that the President chose not to demean his office by defending such a civil suit, there would be a question of public reaction. Apparently, a White House spokesman rejected Professor Alan Dershowitz’s similar suggestion, as subjecting the President to an intolerable reaction by the media.

From the vantage of hindsight, the Dershowitz-Edmundson suggestion might have been the best way out, because now the President will be confronted with a decision whether or not to submit himself to interrogation by Independent Counsel Kenneth Starr. If he refuses, he will be subject to media attacks, claiming that the refusal suggests a concern for guilt and also a backing away from a prior promise to disclose the facts. Nevertheless, the President now has the advantage of attributing a decision not to testify to a refusal to subject himself to the excessiveness shown by Independent Counsel Starr and his staff in at least two ways: First, in intruding in an uncompleted civil case in order to exploit a sexual episode which was, if it occurred, consensual and not criminal. And subordinately, by Starr’s use of the grand jury process to compel interrogation of Secret Service officers, lawyers, and a witness’s mother in order to probe a private matter which no one claims was a misuse of presidential power.

Professor Stephen Gillers of New York University Law School, in his valuable Op-Ed piece in The New York Times of February 18, reminds us that, although rarely prosecuted, perjury in civil cases does not go unpunished. The unique factor in Judge Starr’s investigation is that he has chosen to intrude in an ongoing case without waiting for the judge and jury in that case to accept or reject the questioned testimony or to pass on its materiality. 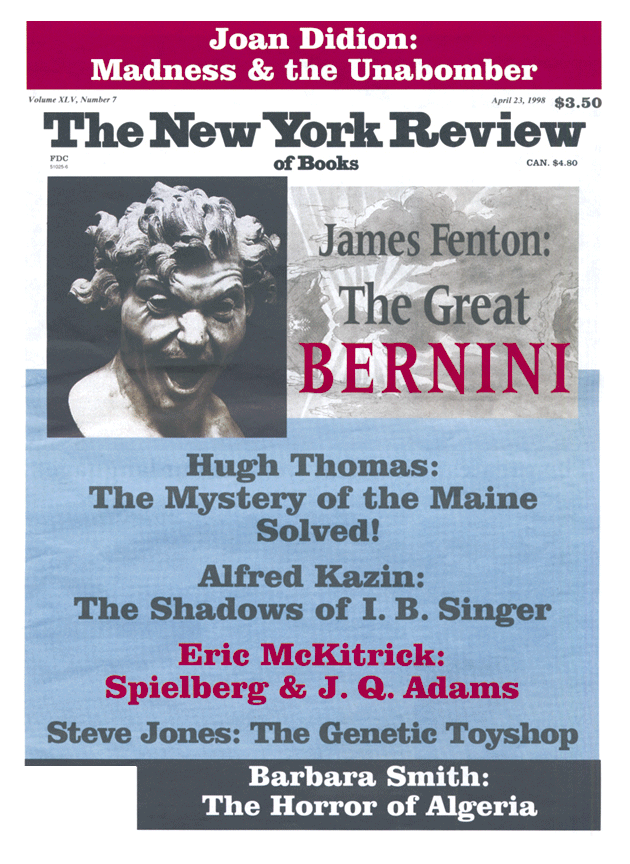 ‘An Affair of State’: An Exchange