While reading Steven Weinberg’s essay “A Designer Universe?” [NYR, October 21, 1999] I kept thinking of a remark from Ludwig Wittgenstein in his book of journal entries, Culture and Value: “People keep forgetting to go right down to the foundations. They don’t anchor the question-mark down deep enough.” Mr. Weinberg admits at the outset that even if physicists give us a final theory, “we will not have a completely satisfying picture of the world, because we will still be left with the question ‘why?”‘ So, as he says, “there seems to be an irreducible mystery that science will not eliminate.”

But no sooner has he admitted this concession than in the spirit of Quintilian’s concessum non datum he applies the same question to God: Why this God rather than another? “A religion may offer evidence for this belief [in one kind of God over another],” he says, “but it cannot explain why this should be so.” Quite right, but when believers assert the existence of God, then for them the why-question takes on a whole new dimension when applied to God, who by definition is the ground that makes possible all why-questions whatever.

However, his essay remains valuable for other reasons as well. For the latter half confirms a suspicion I have long held: that most atheists make their claim for God’s nonexistence not for cogent philosophical reasons but out of an irritation with organized religion, an irritation which surely has to be irrelevant to the philosophical issue. The same objection of course does not hold when the topic is the presence of evil in the universe, and when the argument moves to this plane Mr. Weinberg has raised weighty questions. But here, once more, a remark in Wittgenstein’s journal should be given the last word: “It isn’t sensible to be furious even at Hitler; how much less so at God.”

Steven Weinberg’s fascinating piece on the role of design in the evolution of the universe raises an interesting question that his piece only alludes to: How would we know if there were an element of design?

Professor Weinberg makes the incontrovertible point, as Ockham did, that we shouldn’t include in an explanation anything unnecessary for explaining what we wish to explain. In other words, if not mentioning a “designer”—whether God or some other entity—enables us to explain everything that we can by including a designer, why mention the designer?

I suppose the question isn’t in principle unanswerable. We might find a way to peer through the wormholes through the moment of creation to a meta-universe in which we see an alien child playing with his chemistry set and creating different sorts of universes to see how they work.

But it’s a tad unlikely that this will happen before Tuesday. Given that, I can’t imagine any way in which we could observe something that the explanation without a designer doesn’t explain more parsimoniously.

It would be most interesting to hear Professor Weinberg’s take on all this.

Steven Weinberg’s April 1999 talk to the Conference on Cosmic Design of the American Association for the Advancement of Science in Washington, D.C., addressed the topic of “whether our lives show evidence for a benevolent designer [of the universe]…,” and he goes on to remark, “This is a question that you will all have to answer for yourselves. Being a physicist is no help with questions like this, so I have to speak from my own experience. My life has been remarkably happy, perhaps in the upper 99.99 percentile of human happiness, but even so, I have seen a mother die painfully of cancer, a father’s personality destroyed by Alzheimer’s disease, and scores of second and third cousins murdered in the Holocaust. Signs of a benevolent designer are pretty well hidden.”

It is profoundly to be hoped that Professor Weinberg misspoke himself when he declared his own happiness. He didn’t mean what he said, or at least one must hope that he didn’t. He has not been “happy” but instead fortunate. His Nobel Prize, his distinguished professorship, the rare gifts that advanced his career, all these he may set down, as Solon would have informed him, to good fortune. But happiness cannot easily abide alongside a consciousness of the misery and misfortunes of others, unless one is singularly and selfishly indifferent to suffering and murder. We must assume that such coldbloodedness is not what Professor Weinberg is admitting to.

I am staggered by Father Oakes’s use of the definite article in his complaint that I show a fundamental misunderstanding of the believer’s position. Surely there are many different positions taken by the many different people who assert the existence of God. Although it is not quite clear from his letter, I gather that the particular position taken by Father Oakes is that God “by definition” is the ultimate answer to any chain of “why” questions. I suppose I could have said that the laws of nature are by definition the ultimate answer to all “why” questions, but definitions can only take us so far. When we use the word “why” in a question—“Why was the morning newspaper missing?” or “Why does ice float on water?” or “Why do fools fall in love?”—we are expressing a sense of wonder, which can be allayed by an explanation—“The newspaper deliverer overslept,” etc.—though that always leads to another “why” question. I confessed in my article that I cannot conceive of any set of laws of nature whose discovery would not leave me with an unsatisfied sense of wonder. In ruling out the application of the “why” question to the nature of God, Father Oakes in effect is claiming that he feels no sense of wonder about why the God in which he believes is the way He is. That may be so, but Father Oakes cannot have reached this happy state by any logical process—certainly not by definition.

On the remark of Wittgenstein quoted approvingly by Father Oakes, I must say that anyone, even Wittgenstein, who is not “furious” at Hitler should not be taken as a moral authority on any issue.

Professor Goldberg agrees with so much of what I said that I feel churlish in disagreeing with him about anything, but I think that in fact my non-designer argument is eminently falsifiable. All that’s needed is a miracle or two. In reply to a question after my talk at the American Association for the Advancement of Science, I suggested that everything I had said would be refuted if a bolt of lightning were to strike me down at the podium. There is also a less dramatic but more quantitative argument for a benevolent designer that might make sense if it had turned out that the earth on which we live were the only planet in the universe. Suppose that calculations showed that the chance of any single planet having a surface gravity, temperature, and chemical composition favorable for the appearance of life, and of life actually arising on this planet, and of this life becoming intelligent through natural selection, is no greater than one part in, say, a million million. Then with only one planet in the universe it would be difficult without supposing divine intervention to understand our great good fortune in having come into being. Of course, now we know that a good fraction of stars have planets, and that there are at least a hundred billion billion stars in the universe (perhaps an infinite number), so we need not be surprised that chance events governed by impersonal natural laws have produced intelligent life on at least one of the planets. With these odds, it would be surprising if intelligent life had not appeared.

Of all the comments on my article, the one I least expected was that of the poet Anthony Hecht. When I mentioned in my article that my life had been a happy one, it was because I was about to raise the issue of the pain of human life in general, and I did not want to seem to be whining about it. Mr. Hecht may be right that our knowledge of the misery and misfortunes of others should keep us from feeling happy, but that is not the position taken by Solon, whom Mr. Hecht invokes. In the story told by Herodotus, the reason that Solon gives for resisting the illusion of happiness is the riskiness of our own lives, not the misfortunes of others. To support our right to consider ourselves happy despite the warnings of both Solon and Mr. Hecht, I would call to witness the words of William Butler Yeats:

All perform their tragic play,
There struts Hamlet, there is Lear,
That’s Ophelia, that Cordelia;
Yet they, should the last scene be there,
The great stage curtain about to drop,
If worthy their prominent part in the play,
Do not break up their lines to weep.
They know that Hamlet and Lear are gay;
Gaiety transfiguring all that dread. 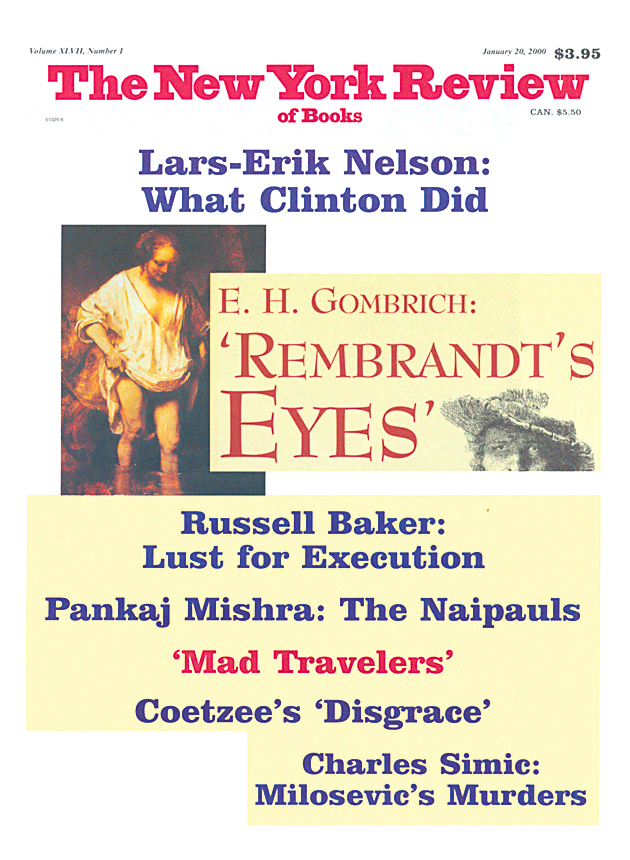 ‘Without God’: An Exchange

The Case for Liberalism: An Exchange