The letter from Paul Trewhela about South Africa [NYR, October 19] is seriously misleading, confusing the serious question of confronting HIV-AIDS in South Africa with a polemical and partisan attack on President Mbeki. Trewhela, a former member of the SA Communist Party, compares Mbeki to Putin as a classic Soviet-type apparatchik: he depicts him as dependent on Soviets during his career in exile and claims that Mbeki never questioned the Stalinist orthodoxy of his father, Govan Mbeki.

In fact Thabo Mbeki long ago broke with his father’s views: many of his closest friendships were made at the University of Sussex in Britain, and in exile he was most influenced by the ANC President Oliver Tambo, a devout Christian who was never a Communist, with whom Mbeki worked more closely than he ever worked with his father. Trewhela contrasts Mbeki’s remoteness in exile with Mandela, “at home with the people”; but who could have been more remote than Mandela, in prison on Robben Island?

As a young man Mbeki joined the SACP, like so many intelligent black political activists of his generation, at a time when it was the only genuinely multiracial party, and the only party which uncompromisingly confronted apartheid. To compare the black South African Communists with the Moscow apparatchiks has always been misleading.

Mbeki’s reluctance to accept the link between HIV and AIDS is a quite separate and very serious question, which you have already covered in Helen Epstein’s article [NYR, July 20]. Both writers of this letter, Nadine Gordimer and Anthony Sampson, accept beyond any question that HIV causes AIDS. But it is helping no one to try to connect Mbeki’s approach to AIDS with supposed Stalinist policies or the “sham biology of Lysenko.” Nor is there any evidence that President Mbeki has a “homophobic mindset,” which Trewhela compares to the homophobia of Mugabe in Zimbabwe or Winnie Mandela in South Africa. The ANC’s attitude toward homosexuals has been strikingly liberal over the last ten years, and Mbeki has given no support to Mugabe’s or Winnie Mandela’s homophobia.

The appropriate person to respond to this letter is Paul Trewhela, whose reply follows:
To the Editors:

It is absurd for Nadine Gordimer and Anthony Sampson to suggest that the South African Communist Party was not really a Communist party: it was one of the most Stalinist parties in the world. Not once did it ever disagree with the current Soviet line.

In this spirit it supported the Soviet invasion of Czechoslovakia in August 1968, along with the African National Congress. (The then ANC secretary-general who issued its statement of support, Duma Nokwe, was also a member of the CP Central Committee.)

That is why the system of prison camps for dissenting ANC members in a number of African countries was so consistent with the thinking and practice of the SACP. The best book so far on the history of the ANC in exile, Comrades Against Apartheid: The ANC and the South African Communist Party in Exile by Stephen Ellis and Tsepo Sechaba (James Currey and Indiana University Press, 1992), states that Mbeki was voted off the Politburo of the CP in 1981 but was reinstated in 1985: that is, he was a very senior leader of the CP and the ANC when Quatro prison camp was in full strength.

I argued in my letter that habits of thought developed over Mbeki’s very long experience of leadership of the CP have an integral connection with his response to the AIDS crisis. Candor, democratic debate, and the open-minded qualities of civic society never existed within the SACP, or the ANC in exile. Tambo, who had effective supervision of the ANC Security Department, and thus of the camps, was part of the system. That claustrophobic mindset has a direct bearing on Mbeki’s response to the crisis.

Under present circumstances, given the homophobic atmosphere aroused by President Mugabe in Zimbabwe and by Winnie Madikizela-Mandela in South Africa—perhaps the most important representative of populist politics in the country—Mbeki would have needed to have distinguished his thinking very clearly from theirs. He has not done so.

As for the milieu at the University of Sussex, I was there the year after he left (1967-1968), like him on a UN scholarship for Victims of Apartheid, and it is nonsense to think that this has any bearing on the matter. (He was also at university in Moscow.) 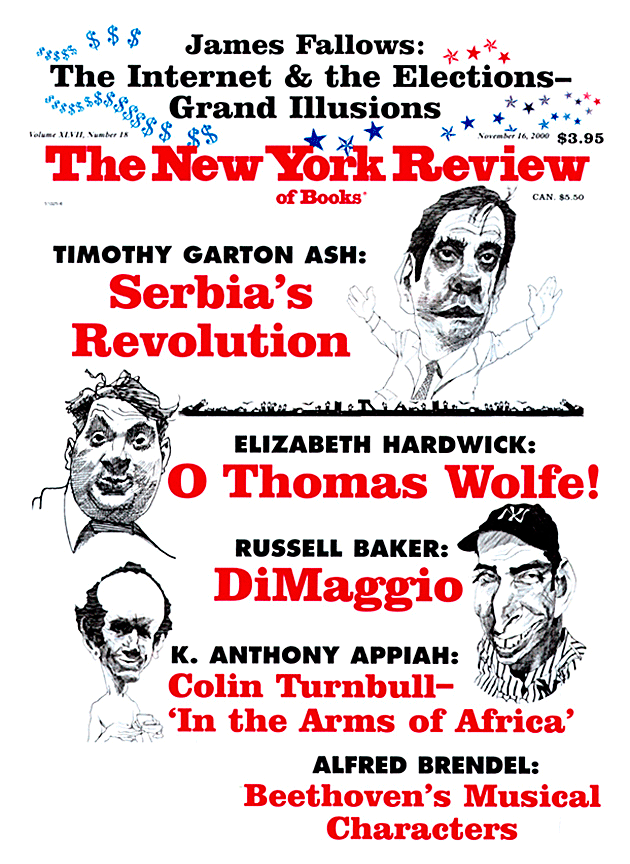 Will He Rule South Africa?

The Coming Struggle for Power

A New Crisis in South Africa

South Africa on the Edge

F.W. de Klerk has begun the necessary steps to dismantling apartheid in South Africa, but his objective is simply to keep the Nationalist Party in power.