Those Delightful Regions of Imagination: Essays on George Romney

George Romney once belonged, as Alex Kidson reminds us in an essay, to the foremost ranks of blue-chip artists. What blue-chip connotes in this context is a portrait such as that of Mrs. Penelope Lee Acton, number 136 in the catalog of the current show in Liverpool (but only to be included in its California version): a full-length depiction of a fashionably dressed lady, painted in 1791. Big hair under a big bonnet, an elegant (though the catalog calls it stiff) pose against a mountainous landscape at sunset—yards of fabric, miles of distant view. English art at its most bankable.

H.E. Huntington bought this painting from Duveen in 1916. He normally bought from Duveen. He bought Gainsborough’s Blue Boy, the bluest of blue-chip paintings, for $620,000, from the Duke of Westminster, via Duveen, because he had crossed the Atlantic in the Gainsborough Suite of the Aquitania in 1921, and a copy of the Blue Boy was on the wall of his dining room, and Duveen happened to be on hand in the adjoining suite to tell him what it was. He bought Reynolds’s Sarah Siddons as the Tragic Muse at the same time from the same owner, against the wishes of his wife Arabella, who was also his aunt. She hadn’t scrupled to marry her nephew (one of her late husband’s heirs), but she didn’t like the thought of giving wall space to a long-dead actress.

“You are not buying an actress,” Duveen said to Arabella. “You are buying a great artist and his finest example. You are ambitious to build a collection of English pictures that will be an honour to America and unique in the world. You cannot afford to exclude this masterpiece.” Today, one feels, he would have been more likely to pull all the stops out in favor of a Cézanne, a Van Gogh, or a Picasso. But when H.E. Huntington bought a Romney from a rival dealer, and Duveen questioned the painting’s attribution, a court case ensued in which no expense was spared to redress the perceived wrong, and the rival dealer was forced out of business as a result.1

Reynolds, Gainsborough, and Romney: the three leading portraitists of their day, the three blue-chips a century later—that is, roughly speaking, a century or less ago. And now, when we enter the newly refurbished rooms of the Walker Art Gallery in Liverpool, it is of course in expectation of some of that old stardust, that period glamour. But glamour would not be enough to engage our full attention and respect. There would have to be something more to it than elegance and swagger, more than an insight into fashion, property, style.

Romney comes across initially as an ambitious young provincial with ideas way beyond his powers, a denizen of that paradise of English art, caught in midair somewhere between naiveté and sophistication, in the world of the conversation piece, where the figures stand like pert little truncheons, and you feel you could pluck them from one picture and set them down in another without doing a gross injustice to either work. The name of Arthur Devis, used in one stylistic comparison, does not seem wrong at all. The name of Watteau, invoked to explain a gallant Boating Party on Lake Windermere, makes one wince—not because one wishes to challenge the suggestion that the young Romney had been introduced to Watteau’s works in the form of prints, but because of the very great distance in execution between the one case and the other.

Romney (the alternative spelling of his name is Rumney, an indicator of its pronunciation) was born in 1734 and worked first for his furniture-maker father. Two of the paintings in the Liverpool show are in frames possibly carved by the young artist, who, had he remained in his father’s employment, could have expected a career as a cabinetmaker in the Lake District and perhaps Liverpool (Dalton-in-Furness, where he was born, lies at the southern coastal end of the Lake District). Romney’s name survives in the region today (like Gainsborough, but as far as I know, unlike Reynolds, he became a brand name) on a nourishing candy bar for mountaineers: Kendal Mint Cake.

The formative influence of the wild scenery of the Lakes has been noted. John Flaxman is quoted by Kidson as observing that

the rainbow, the purple distance or the silver lake taught him colouring…the forms of clouds, woods, mountains or valleys afforded him studies of composition. Indeed his genius bore a strong resemblance to the scenes he was born in; like them it partook of the grand and beautiful; and like them also, the bright sunshine and enchanting prospects of his fancy, were occasionally overspread with mist and gloom.

Flaxman would not have been at pains to emphasize this had Romney’s claim to the sublime been based only on the landscape backgrounds to society portraits. Nor would John Romney, the artist’s son, have been moved to speculate that “the thunder storm approaching across the sea of a dark evening, from the distant streak which marked the horizon, till the ocean, and the hemisphere became one vast sheet of light; must have afforded him fine ideas of the sublime.”

What both sources are talking about is the other aspect of Romney’s art, very far from the Duveen taste, but looming much larger in the minds of contemporaries who knew important works that have since been lost. Romney was indeed an exponent of the sublime, not in the sense associated with Wordsworth (who was born in 1770, a generation after Romney, further up the Cumbrian coast), but rather in the sense of those who read Shakespeare in the eighteenth century to find a child of nature, a genius of the imagination. William Pressly, in an essay on the artist’s “Peculiar Powers for Historical and Ideal Painting,” in Those Delightful Regions of Imagination, aptly quotes Shakespeare’s own lines in A Midsummer Night’s Dream:

The poet’s eye, in a fine frenzy rolling,
Doth glance from heaven to earth, from earth to heaven,
And as imagination bodies forth
The forms of things unknown, the poet’s pen
Turns them to shapes, and gives to airy nothing
A local habitation and a name.

It is this sense of the artist working in a fine frenzy, dealing in apparitions, nightmares, myths, that forms such a contrast (a surprise, to me) in the Liverpool show, such a fascinating counterpoint to the concerns of the mature, fashionable portraitist. The child-poet, as Thomas Gray conceived Shakespeare to be, was possessed of the golden keys to the twin gates of Joy and “Horrour”:

Far from the sun and summer-gale,
In thy green lap was Nature’s Darling [i.e., Shakespeare] laid,
What time, where lucid Avon stray’d,
To him the mighty Mother did unveil
Her aweful face: The dauntless Child
Stretch’d forth his little arms, and smiled.
This pencil take (she said) whose colours clear
Richly paint the vernal year:
Thine two these golden keys, immortal Boy!
This can unlock the gates of Joy;
Of Horrour that, and thrilling Fears,
Or ope the sacred source of sympathetic Tears.

Nature in this passage gives the infant Shakespeare a “pencil,” that is, a paintbrush. Romney made several studies based on this scene. Shakespeare is attended by Nature and the Passions, or by Comedy and Tragedy. Tragedy at its most sublime was particularly appealing to Romney, whose first history painting (executed when he was otherwise employed as an itinerant portrait painter in northwest England) shows King Lear in the Tempest Tearing Off His Robes (see illustration on page 39). Romney was not much of a reader, but he either read Lear, or saw it performed, or had it read to him (the last possibility seems the most likely), and he follows the text closely. His depiction of the head of Lear is absolutely unlike that in the only previous depiction of this scene (in the frontispiece to Rowe’s 1714 edition), but in my opinion very like Gray’s description of the Bard:

On a rock whose haughty brow
Frowns o’er old Conway’s foaming flood,
Robed in the sable garb of woe,
With haggard eyes the Poet stood;
(Loose his beard, and hoary hair
Stream’d, like a meteor, to the troubled air)…

These last two lines, deriving partly from Milton, conjure up a picture that Gray himself took either from Raphael or from Parmigianino.2 Number 8 in the Romney catalog, the drawing of an old man’s head, which Kidson only tentatively associates with Lear, might equally, surely, be considered as a study of Gray’s Bard.

At night, by candlelight, Romney executed a series of cartoons—black chalk drawings executed on large sheets of paper (made out of six sheets stuck together, attached to canvas) in a style that Flaxman later said was at the time quite new in English art. They are works of imagination, illustrating legendary or allegorical scenes. Eighteen survive, bequeathed to Liverpool by the artist’s son, who said in connection with one of them that his father “knew how to unite Grecian grace with Etruscan simplicity.” Like most cartoons, these works have had a rough journey through history, but have been recently conserved and beautifully framed in the Liverpool workshops, in such a way as to leave the ragged edges of each large sheet visible and to make us strongly aware of the history and character of each drawing’s support.

What the terms Grecian grace and Etruscan simplicity might have meant to John Romney, and indeed to his father, may be guessed most easily from some of the illustrations to the story of Cupid and Psyche, which seem to show an influence of Greek vase painting in their love of a simply presented profile. Greek tragedy at its most violent is suggested by Medea Contemplating the Murder of Her Children, while the burgeoning romantic possibilities of northern legend are illustrated by a sketch from another Gray poem, “The Descent of Odin.”

It is in such works and in the numerous, extraordinary drawings in pen and ink that we see the twin nature of Romney as an artist. As a portraitist, he lives in a world dominated by Reynolds. As a draftsman exercising his free will, at night, he belongs to the world of Fuseli, of Flaxman, and of Blake. One could hardly have thought such a thing possible (imagining Blake and Reynolds to be antitypes) but it turns out to be—not simplicity itself but, shall we say, complexity itself.

Romney was indeed a complex man. He had a secret vice that appears to have been known to several of his contemporaries, but that is now hard to determine. David Cross, his biographer, suggests that it involved homosexual activities or at least homoerotic leanings. Certainly it must have been something that was hard for people to say out loud, but it is amazing the extent to which a thing once so current can have been obliterated. Romney was also a depressive and a hypochondriac. This is what makes his frank self-portrait so fascinating, and his pastel study of the poet William Cowper (a famous depressive) one of the treasures of the National Portrait Gallery. Another poet, by name of Bernard Barton, wrote of it: “Such a picture will hardly ever be taken again unless a mad painter should again have a mad poet for his sitter.”

Alex Kidson set out to show Romney whole, and the exhibition, the catalog, and the book of essays seem to me exemplary in this attempt. 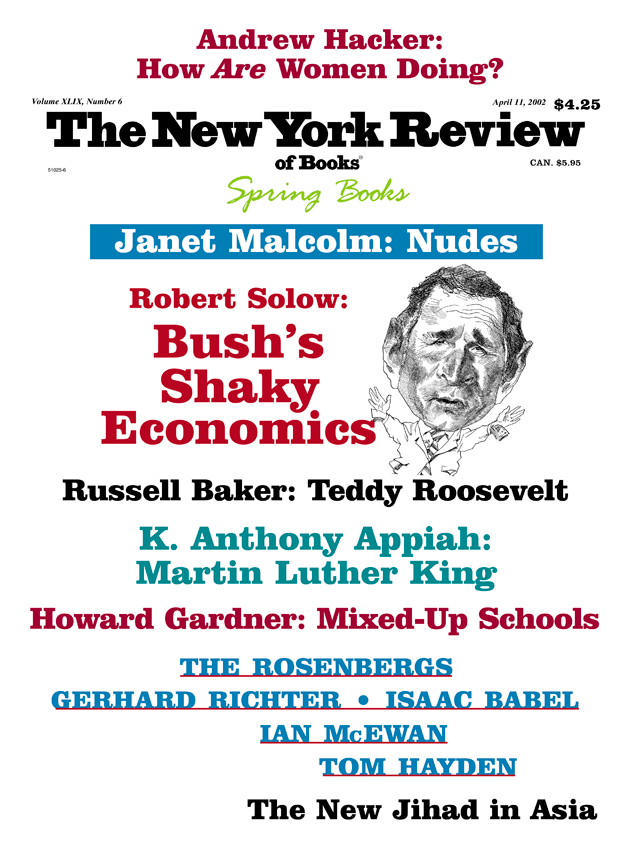 Art for Whose Sake?