The captions for the illustration of Leonardo da Vinci’s Last Supper in both Charles Hope’s “The Last ‘Last Supper'” [NYR, August 9, 2001] and Alexander Butterfield’s “Leo’s Last Supper” [NYR, July 18, 2002] included an incorrect date, through no fault of either writer. The painting was done between 1494 and 1498.

The translation of “Reflections on Art and Life,” drawn from interviews with Saul Steinberg conducted by Aldo Buzzi [NYR, August 15], should have been credited to John Shepley. 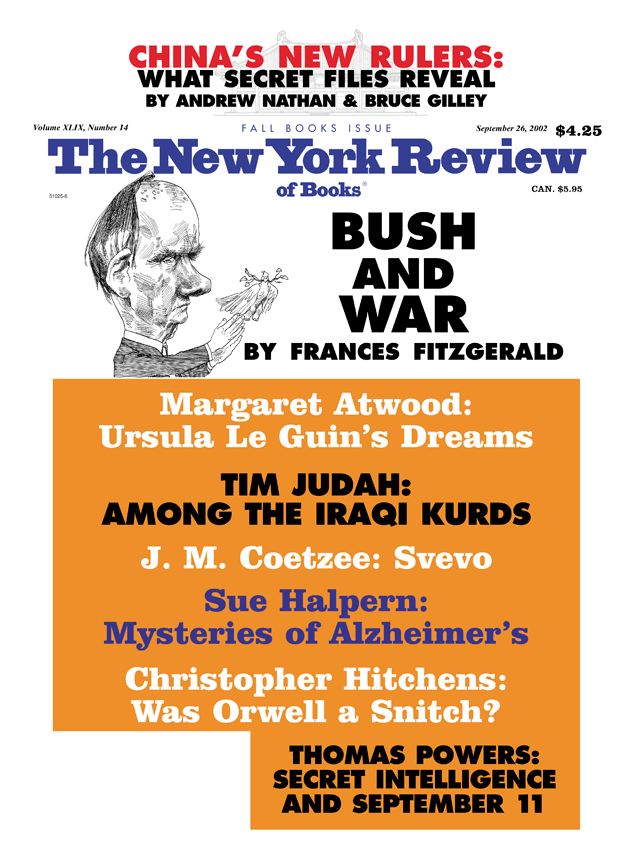