In an article about Ignazio Silone in the March 14 issue of The New York Review, William Weaver states that “like many Americans of his time,” our father, Mark Van Doren, “was an admirer of the Fascist regime,” citing a review he wrote of Silone’s novel Fontamara for The Nation in 1934. This review was quoted by Maria Paynter in her book about Silone as indicating a political bias against the novel’s depiction of peasant life in Italy.

Van Doren’s review, though disapproving, was not so from any partiality to Mussolini but from a conviction that Silone’s indictment of his Fascist regime was a blatant work of propaganda that, while it might well be true (and probably was), could not convince anyone not already persuaded of the fact. Its own bias could not save the book from being in Van Doren’s view a bad novel. This was a literary judgment, not a political one, as any reasonably fair-minded reader should be able to see.

Nor can anyone acquainted with Van Doren’s critical writings doubt that he always rejected political opinion, even when he shared it, as an excuse for literary insufficiency. Novelists who have strong social views tend to impose them upon their material, instead of allowing them to arise from it. The difference is between puppets, however well intended, and persons, however complicated and even contradictory.

In his review of Fontamara Mark Van Doren clearly says that Mussolini and his government “blessed” Italy. I believe that a fair-minded reader could take that statement as admiration. As I wrote, Van Doren was not alone in his admiration in America, or on the Columbia campus (where the pro-Fascist Giuseppe Prezzolini directed the Casa Italiana). Van Doren was, of course, entitled to consider Silone’s novel “a blatant work of propaganda.” I disagree, and would point out that, while many propagandizing novels of the period have vanished without a trace or a lament, Silone’s works remain in print in Italy and in other countries.

In May 1927, Silone, together with Palmiro Togliatti, attended an extraordinary session of the Executive Committee of the Communist International in Moscow. Togliatti, from Paris, represented the political secretariat of the exiled Italian Communist Party. Silone had been in charge of the clandestine underground organization in Italy. At the meeting, Ernst Thälmann, the head of the German Communist Party, presented a resolution condemning a document of Trotsky that had been sent to the Politburo of the Russian Communist Party, and asked for approval.

Silone, who thought he had arrived late, asked to read the document which was to be condemned. Thälmann replied, “We haven’t seen the document either.” Nor had any other of the delegates, who also said that they had not read it. Stalin, who was present at the meeting, said that the Politburo did not consider it expedient to translate and distribute Trotsky’s document, because of “various allusions in it to the policy of the Soviet Union.”

Silone stated that he could not approve of a resolution condemning a document that he had not read. A Bulgarian member who had been assigned to explain the situation to Silone stated, “We are not academics here,” the only question is “historical truth.” Togliatti, who had hedged, stressed the need for Communist discipline, and the need to accept “objective historical conditions.” Silone still refused, and because the rules required unanimous consent, Stalin declared that the resolution would be withdrawn.

Togliatti returned to Italy in 1945 as the head of a powerful Italian Communist Party. Silone returned as an ex-Communist, and a lone writer. “…The day I left the Communist Party,” Silone wrote, “was a very sad one for me. It was like a day of deep mourning, the mourning for my lost youth. And I come from a district where mourning is worn longer than elsewhere.

“But my faith in Socialism,” Silone declared, “(to which I think I can say my entire life bears testimony) has remained more than ever in me. In its essence, it has gone back to what it was when I first revolted against the old social order….”

And he concluded—these words were written in 1949, in his essay in The God that Failed—“I do not conceive [Socialism] as tied to any particular theory, but to a faith. The more Socialist theories claim to be “scientific,” the more transitory they are, but Socialist values are permanent…. On a group of theories one can found a school; but on a group of values one can found a culture… a new way of living together among men.”

This is the Silone that I, and others of my generation such as Irving Howe, admired—and still do.

I am writing to correct an error of fact made by William Weaver in his review of my book, Fascist Modernities: Italy, 1922– 1945 [“The Mystery of Ignazio Silone,” NYR, March 14]. In the context of asserting that I seem to “harbor a certain animus” against the writer Alberto Moravia, Professor Weaver lambastes me for supposedly writing that in 1938, when the Italian fascist regime passed anti-Semitic laws, the half-Jewish Moravia was blithely off on vacation in Mexico. I wish for Moravia’s sake that he had indeed been in Mexico in 1938. Instead, as I detail in my book, he was in Italy, facing public attacks by racist critics despite having obtained “Aryan” status. His Mexican vacation occurred in 1936, during a trip abroad he made to escape an Italy that, with the onset of the Ethiopian war, was becoming even more oppressive.

In making his case for my seeming bias against Moravia, Professor Weaver does not acknowledge the complexity of Moravia’s situation during fascism. As I recount in my study, the same year that the regime confiscated Moravia’s anti-fascist work La mascherata (1941) and forbade him from writing in the press for racial reasons, he was able to marry fellow writer Elsa Morante at the ultra-Jesuit Chiesa del Gesù in Rome. Moravia was able to profit here from the power of his uncle, Augusto De Marsanich, who was then the regime’s undersecretary of communications; however, other family connections (the anti-fascists Carlo and Nello Rosselli, who had been murdered by the fascists in 1937, were his cousins) had earlier caused him to be placed under surveillance by Mussolini’s secret police.

Presenting the nuances and contradictions of such life stories indicates neither a “lack of compassion,” as Professor Weaver contends, nor a desire to take Moravia and other intellectuals “down a peg.” Nor does it constitute an attack on the value of their creative work, as this esteemed literary critic and translator intimates. For the historian, it is a means of rendering in all their fullness the experiences of men and women who were forced to live for more than twenty years with the fascist dictatorship, not just under the thumb of its rule.

I thank Professor Bell for his letter and for recalling a significant, characteristic episode in Silone’s life.

I appreciate Dr. Ben-Ghiat’s correction of the date of Moravia’s Mexican trip. But, as to her animus against Moravia, I believe her letter bears out my supposition. 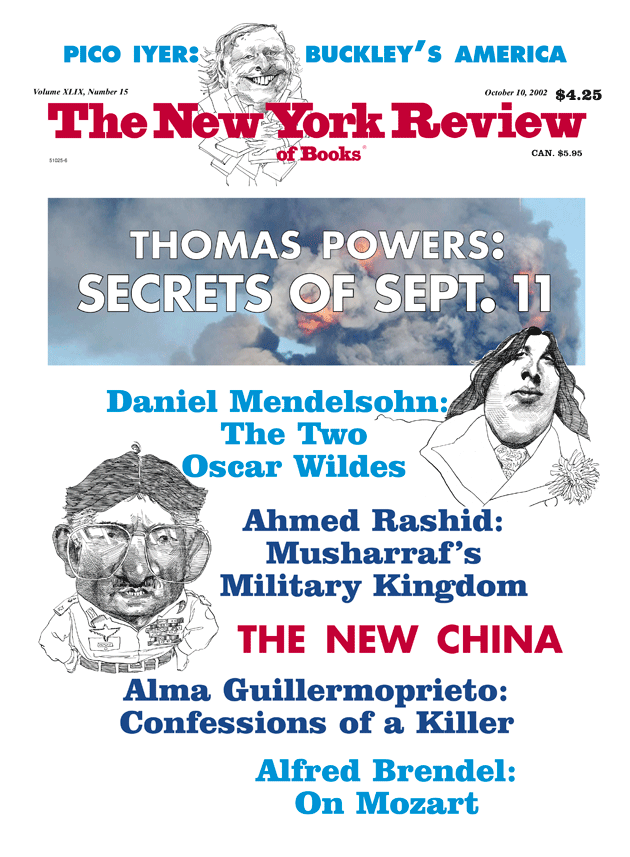 The Mystery of Ignazio Silone