Oops! Could I register a hasty self-correction? In my piece on Wyatt Earp [NYR, March 24] I mistakenly state that Wild Bill Hickok was killed in Deadwood only a week after the Custer defeat. I had meant to say “only a few weeks after…” but somehow slipped. Hickok was killed on August 2, 1876; the Little Bighorn occurred on June 26, same year. 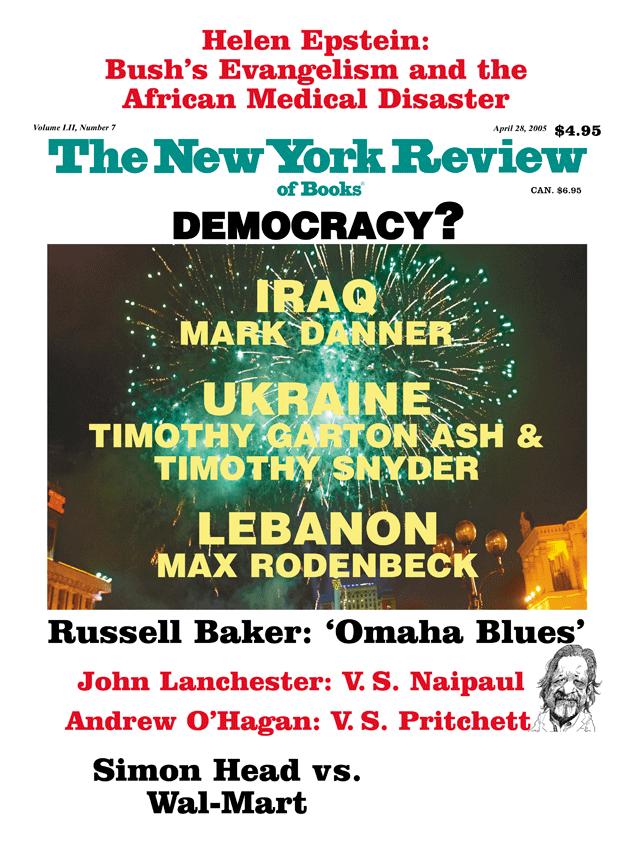