Beethoven was the first to employ the title Kreutzer Sonata (Kreutzer was the name of a violinist he admired: he hoped he would play the sonata, but that didn’t happen); after that, Tolstoy used it for his novella, and Leos Janácek as a nickname for his first quartet. It was brave of the Dutch novelist Margriet de Moor to join such a starry lineup with her new novel. Like Tolstoy’s Kreutzer Sonata, it is about jealousy. Its 156 pages could have been even fewer with a less generous layout. It has printed sixteenth notes instead of blobs or asterisks between the sections of each chapter, to underline the fact that the story is all about music and musicians. It covers more than twenty years in the lives of the three main characters, all of whom are in the music business in one way or another.

This is de Moor’s eighth novel, but before she began to write fiction in 1988, she was trained as a musician and had a professional career as a singer. In this story the unnamed first-person narrator is a young Dutch musicologist. The heroine, Suzanna Flier, plays first violin in a successful Dutch string quartet. She is young, beautiful, lighthearted, talented, and the daughter of a bus driver. The most interesting of the three is a blind man, the “patrician-born” middle-aged music critic Marius van Vlooten. The narrator always refers to him by his surname. It distances him, and helps to make him a figure of respect, even awe—and later fear. Van Vlooten is blind because as a young student he tried to kill himself by shooting himself in the head, when the girl he loved—and who, he believed, loved him—went off to Venezuela with another man. But he didn’t get the angle of the gun quite right. He is still furious about that, and furious about almost everything else as well.

The narrator meets him for the first time on the plane from Schiphol Airport to Brussels, where they are to change planes for Bordeaux. There is a long wait, because the plane they were to catch has crashed at Heathrow. They are going to Bordeaux to attend a week of master classes for string quartets, in which a distinguished old Hungarian viola player called Eugene Lehner is to coach the participants—Suzanna and her three colleagues among them. When Lehner hears her perform, he tells her, “Don’t play the notes…just humanize them”: an injunction which sticks in her mind and she repeats it to herself later. She and her colleagues play Janácek’s first quartet, which he himself “humanized” in his own way. In a letter to his beloved Kamila Stösslova he wrote:

I had in mind a poor woman, tormented, beaten, battered to death, as the Russian writer Tolstoy wrote in his work The Kreutzer Sonata.

Much of the novel consists of conversations between the narrator and van Vlooten that recall the events of van Vlooten’s and Suzanna’s lives. These take place at airports: at check-ins, on moving walkways, in waiting lounges, over drinks in passengers’ bars, or else from the beverage cart on planes—the places where van Vlooten continues to run into the narrator. Ten years after they first meet on the flight to Bordeaux, they greet each other at Schiphol again (or rather, the narrator touches the blind man’s arm and reminds him of their earlier meeting). This time they are both bound for a Salzburg festival. Their plane is delayed, as most of their planes are, and so they can catch up on intervening events against the gray, dismal, noisy, restless airport background while announcements boom over their heads. (You could read the novel as a polemic against flying—both the danger and the boredom—but that would be unfair.)

The narrator is present during a rather unlikely episode involving Suzanna that takes place in Bordeaux. She has fallen out of a third-floor hotel window while trying to release a black butterfly that has got into her room. (Why is it black? An omen?) On the way down she manages to cling to a creeping vine and two of her colleagues have to climb a ladder to rescue her. Afterward she sits on the steps of the terrace below, calming herself by sipping wine from a glass that has been standing half-empty on a table. An attentive waiter has thrown a beautifully starched white tablecloth over her because she is stark naked. The narrator rushes upstairs, where he finds a distraught van Vlooten on the landing outside her room. As he reassures him that Suzanna is unharmed, he realizes that van Vlooten has become Suzanna’s lover.

At their next meeting, on the plane from Schiphol to Salzburg, van Vlooten fills him in on the intervening ten years. He has married Suzanna, and she is still playing in the quartet. She did not want children, but van Vlooten wanted a large family. They now have one son, Benno, aged six. Two weeks ago, van Vlooten says, she left him, taking the little boy with her. This morning he received a letter from her lawyer. His butler-driver reads it to him: Suzanna is asking for a divorce on grounds of mental cruelty.

Van Vlooten tells the narrator that he has suspected her of having an affair with the viola player in her quartet. “Of course,” he says,

I know she hasn’t admitted it and that it can’t be proven, that my position is based on conjecture, a diabolical fever, but that doesn’t make it any less true.

The reader doesn’t know for certain whether it is true either, but it seems very likely. After a concert, the blind critic goes up to the viola player and has a friendly conversation with him about the performance: the reader is kept in suspense but the expected outburst doesn’t happen.

Shortly after this concert van Vlooten’s brother-in-law, a developer, keeps talking about a deluxe apartment block he is building near the coast. Van Vlooten asks to see it:

Don’t laugh. Over the years lots of blind people have developed a highly subtle, specialized sensitivity to walls, corridors, and ceilings, which they “see” with their ears rather than their eyes by listening to the acoustics bounce back.

So the brother-in-law takes him up to the unfinished penthouse with its rooftop patio, where he keeps praising the view, and his sales pitch gets on van Vlooten’s nerves. When van Vlooten insists on measuring the size of the patio by pacing it out, it terrifies the developer because as yet there is no balustrade.

When he returns home, van Vlooten suggests to Suzanna that she might come and look at the penthouse with a view to their moving into it. She goes along. Then comes the tensest scene in the book: you suddenly realize that what drove her husband to measure the roof so carefully was “the diabolical fever of jealousy”: he intends to push her over the edge. From the expression on his face, she can read his thoughts, and rushes down the stairs. By the time van Vlooten has stumbled his way down and hitched a ride home, two cars (driven by Suzanna and, presumably, the chauffeur) are moving out of the driveway.

Sixteen years later, the narrator is on a plane from Boston to Schiphol and again it is delayed. He reads a paper and among the death notices inserted by families he comes upon Suzanna’s name. She has been killed in a plane crash a few days before. He has known her story only up to the moment of her flight from the penthouse rooftop, so he is amazed to see that the notice is in the name not only of van Vlooten but of three children—Benno and two girls. So Suzanna’s death is the unhappy ending to an unexpectedly happy reconciliation.

De Moor’s Kreutzer Sonata is lively and fast-moving, and at other times solemn and sententious. There is no humor, except for one passage, and even that is told with a straight face. It is the description, move by move, of an inexperienced young flight attendant interrupting the conversation between van Vlooten and the narrator as she demonstrates the way to fasten a life jacket in an emergency. Instead of comic observations, there are reflections and aphorisms about music and life in general, usually pronounced by van Vlooten: “To be a critic is to be an advocate”; “God often appears in the guise of time, so His appreciation of mankind’s tinkering with time, i.e. music, is perfectly logical, while images, which bring time to a standstill, merely kindle His wrath.” This notion gets a more elegant reprise later on, when the narrator quotes it back to van Vlooten: “God love[s] music, but not images—images…categorically deny time, after first greedily devouring it.” In a long passage he evokes Janácek at work on his Kreutzer Sonata:

Brno, the autumn of 1923. Janácek is sitting at a wobbly table that he’s tried to fix by shoving a folded piece of paper under one of the legs. He’s working on a composition inspired by Tolstoy’s Kreutzer Sonata, the novella that excites him, annoys him, and no doubt intrigues him greatly. For almost twenty years he’s been carrying the lovesick, jealousy-ridden characters around in his head, and the composer in him has toyed with the idea before. Now, in just eight days, he jots down what he has to say. Everything immediately falls into place. The composer, at the age of almost seventy, gives a new twist to the spiral of passion and fate that has gone from sonata to novella to string quartet.

After writing down the four bars of the maestoso, he doesn’t pause, but goes on working—almost unconsciously, not looking back—until it’s time for dinner. A few days later he lays down his pencil, then leafs slowly through the music, rubs his face, and sits for a long time without moving. Being whoever you want to be, in moments of intense concentration, without ever being entirely free of the other person you are as well. Was it the space between these two, the wellspring of a work of art, that Eugene Lehner had been staring at, back then, in Bordeaux?

De Moor’s version of The Kreutzer Sonata is sophisticated, verging on pretentious, and it is sometimes obscure. Two things reclaim it: one is her ability to create character. Van Vlooten and Suzanna are wonderfully vivid, both in their physical presence and in their feelings and thoughts. The narrator makes a strong impression, too—not physically, of course—but in his laid-back, gently sardonic recounting of the story. But de Moor’s greatest strength is her gift for creating tension: her Kreutzer Sonata is, finally, a thriller, and a very thrilling one. 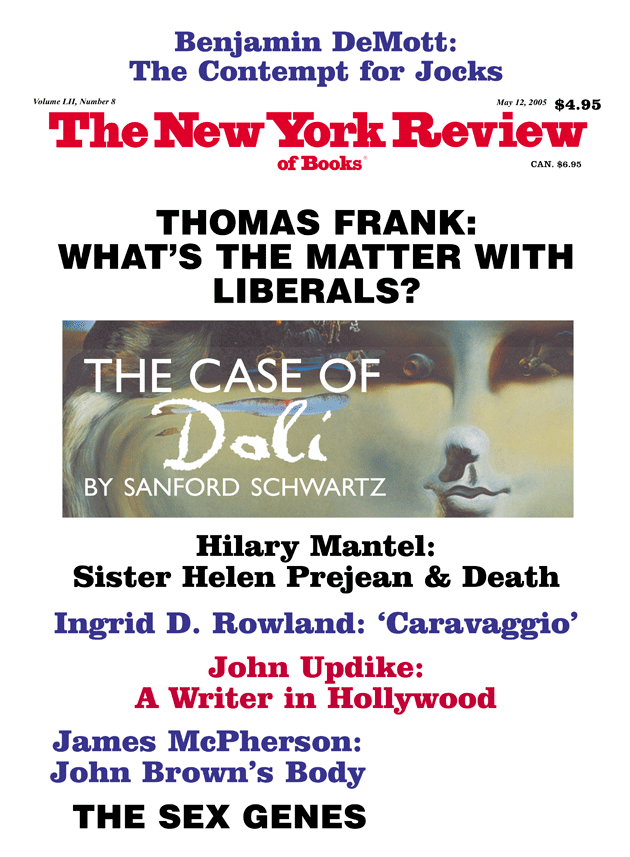