In John Gray’s review of Imperial Grunts: The American Military on the Ground [NYR, January 12], he quotes the following from my book: “The American Empire of the early twenty-first century depended upon a tissue of intangibles that was threatened, rather than invigorated, by the naked exercise of power.” In my book itself, this sentence is footnoted, as it partly draws inspiration from a similar idea expressed by Fred Anderson in his superb Crucible of War: The Seven Years’ War and the Fate of Empire in British North America, 1754–1766 (Knopf, 2000). Anderson wrote: “…The security of the empire depended on intangible qualities that the vigorous exercise of power could only destroy: faith in the justice and protection of the Crown, hope for a better future, and love of English liberty.” 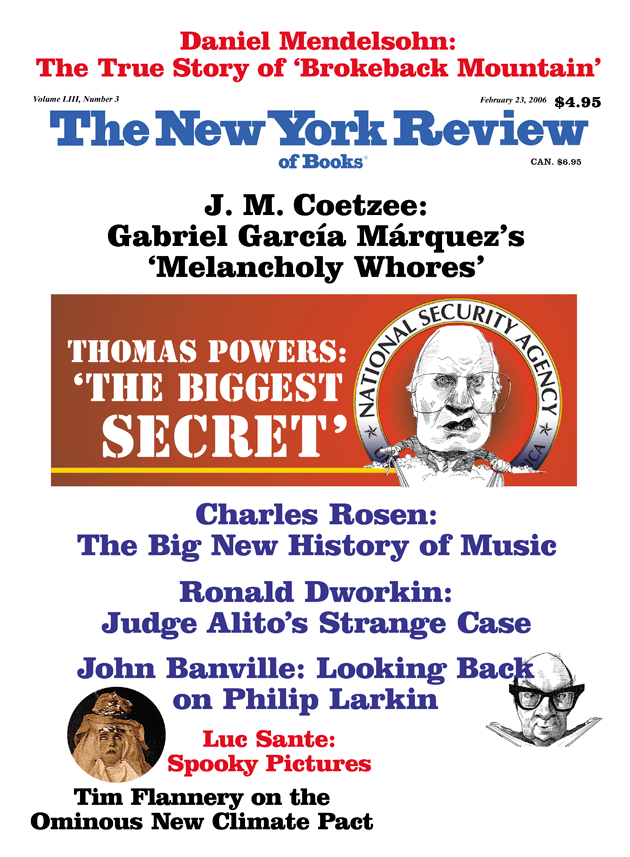