As a side note to the Peter Galbraith article on Iraq [“Iraq: Bush’s Islamic Republic,” NYR, August 11, 2005], in which he makes it clear that he believes the Kurdistan Regional Government to be a fait accompli, it is useful to bring to light a sixty-year-old document which highlights the difference between the population mix in 1944 and today.

The British Admiralty’s Handbook of Iraq and the Persian Gulf contains a map labeled fig. 72 which shows almost the entire area of northern Iraq now claimed as the Kurdish homeland to have been made up of a compact Aramaic-speaking people as late as 1944. These Christians, often called Assyrians, belonged to four Eastern Rite denominations, two of them Vatican affiliates and two others “apostolic.” The latter term refers to their being very early churches with claims of conversion by an apostle of Jesus in the first Christian century.

After decades of depopulation due to religious and ethnic discrimination, outright attacks on villages, gassing, land confiscation, and dynamiting of churches, especially after the declaration of an independent Iraq in 1932, and during the Saddam Hussein period, these Assyrians gained enough recognition after 2003 to have a voice in Baghdad. That voice has grown quieter since the suppression of electoral participation, called “irregularities” by the UN officials overseeing the January 31, 2005, elections. Recently, the Christians of northern Iraq may number fewer than 500,000. And the villages shown as Nestorian (Church of the East), Chaldean, Jacobite (Syrian Orthodox), and Syrian Catholic in 1944 are now chiefly Kurdish. What a little well-placed aggression can do to an indigenous population in just half a century.

Eden Naby is right to call attention to the destruction of rural Christian life in northern Iraq since the advent of the Iraqi state. In the 1980s, the Saddam Hussein regime destroyed Christian villages along with Kurdish ones, and Christians were also victims of Iraqi chemical weapons attacks. Since the creation of a de facto independent Kurdistan in 1992, the Kurdistan government has taken steps to encourage the reconstruction of Christian villages, and has helped finance the rebuilding of churches. Today, the Kurdistan government provides free land for building churches (a benefit not available for the construction of mosques) and is providing financial assistance to encourage Christians now living in Baghdad and Mosul to return to Kurdistan. These programs are managed by Kurdistan’s finance minister, who is a Christian.

Persecution is not the only factor in the decline of Kurdistan’s Christian population. Christians had more opportunities than Muslims to emigrate to the West, including the United States. Kurds have taken over many abandoned (or emptied) Christian villages, and there are enduring land disputes that will have to be settled. Of course, Christians were not the only Kurdistan community to suffer under Iraqi rule. Its once-thriving Jewish community has been completely eliminated (interestingly, Kurdish Jews in Israel generally have warm feelings toward their former Kurdish homeland, which is not the case for those who came from Arab countries). Iraqi regimes also persecuted Kurdistan’s Yezidis, a pre-Islamic religion that considers Satan to be among God’s creations.

Assyrians and Chaldeans were included on the Kurdistan Alliance list for the Iraqi National Assembly and are also represented in the Kurdistan National Assembly. In the January 2005 elections, ballots never arrived at polling places in Kurdish and Christian villages around Mosul (outside the area controlled by the Kurdistan government), effectively disenfranchising several hundred thousand would-be voters. It was the major irregularity of that election.

As Kurdistan moves to adopt a constitution by the end of this year, Kurdish leaders are considering giving grants of extensive autonomy to minority communities, including the possibility that they might be able to form their own provinces (or governorates) within Kurdistan in areas where they are a local majority. Such a provision, if adopted, could be of particular value to Christians and Yezidis, who make local majorities in parts of Kurdistan, and possibly to the Turcomans should Kirkuk, which has a sizable Turcoman population, vote to join Kurdistan in the referendum scheduled for the end of 2007.

Elsewhere in Iraq, the plight of minorities, including Christians, is grim. Christians live in disproportionately greater numbers in Baghdad and therefore have been more severely affected during 2006 by the acceleration of Iraq’s civil war, which has empowered Sunni and Shiite extremists. Sunni terrorists have attacked Christian churches and Shiite militias have threatened Christians. Traditionally Christians have sold alcohol in Iraq, but this is now a deadly occupation since militias not only destroy liquor stores but also kill the people running them. The violence and extremism are forcing Christians to leave Arab Iraq, some for Kurdistan but most for Jordan, Syria, and other countries. 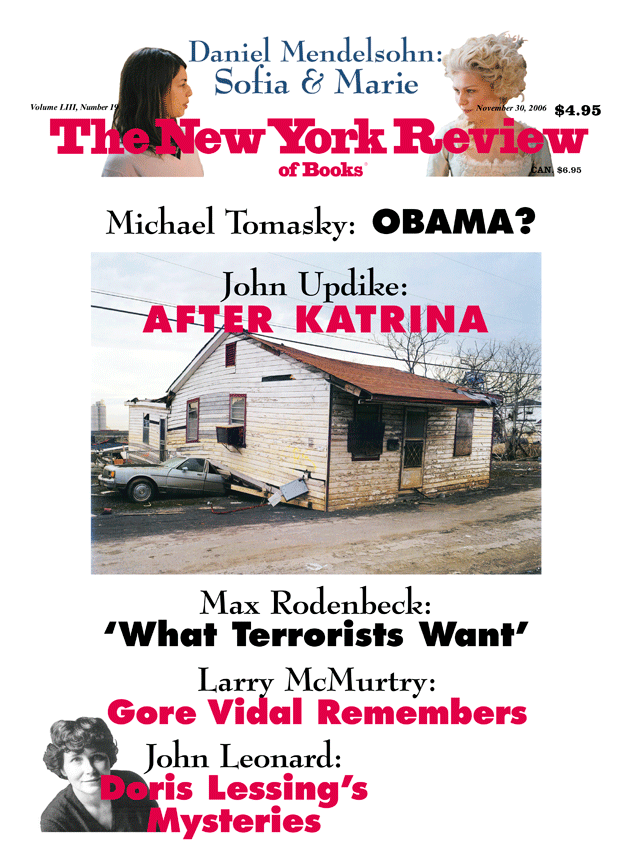 The Private Art of Early Christians

Is This a ‘Victory’?