Since the publication of his first novel, The South (1990), Colm Tóibìn has established himself as a writer with an unusual grasp of lives lived in the shadow of history, of both the national and familial variety. What his fictions tend to lack in hopeful endings and other easy consolations, they make up for in keen empathy, gorgeous prose, and a certain recurring wanderlust. Tóibìn is a rooted cosmopolitan, ranging widely in period and geography while generally wearing his Irishness—sometimes subtly, and always unsentimentally—on his sleeve.

The South, about a 1950s Anglo-Irish woman who leaves her husband to take up with a Catalan painter in a small village in the Pyrenees, was hailed by some as a perfect novel for the eve of European Unification, transplanting Irish stories—and Irish conflicts—to broader European soil. The Heather Blazing (1992), about a conservative Irish judge at odds with his children, took these themes of tradition and cultural renovation to the present, while The Sign of the Cross (1994), one of Tóibìn’s several books of reportage, connected the nationalism-tinged religion of Spain, Poland, and elsewhere in Catholic Europe with that of his own Wexford childhood. Even The Master (2004), Tóibìn’s magnificent portrait of Henry James as an artist who ruthlessly suppressed his own emotional life in order to be more fully alive to that of his characters, affords a brief glimpse of the James family’s ancestral homeland, a place of preening local gentry, coolly brutal colonial overlords, and terrifying squalor and “sullenness.”

Mothers and Sons, a collection of nine powerfully understated stories set mostly in Ireland, may seem a modest offering after the remarkable ambition of The Master. Here the strangled intimacies of family life aren’t a condition to be overcome for the sake of art but an unavoidable fact no less painful for being utterly ordinary. Tóibìn is a master at diagramming loss and emotional dysfunction with gorgeously minimal means, hardly a word or a gesture wasted. In general, not much happens here: Tóibìn has his unblinking eye on how people hold themselves together after something happens—a death, a disappearance, the revelation of a shameful secret.

The Ireland in these stories is a place of cold tea, sodden beach raves, fading small-town businesses, and country pubs packed with “outsiders” from the city who spill beer on the uilleann pipes. It’s a place where men with names like Mousey Furlong have given up peddling junk from horse-drawn carts in favor of selling heroin to kids and fencing stolen Rembrandts to Dutchmen—“an unnatural state of affairs,” laments the coolly psychopathic narrator of the “The Use of Reason,” the stiletto-sharp opening story. Well, maybe. But Tóibìn, who worked as a journalist before turning to fiction, is hardly after anything so easy as prodding the underbelly of a Celtic Tiger grown fat on the wages of European unification and globalization. If his people have left the island at all, it’s usually only to escape an unhappy marriage, like the middle-aged folk singer in “A Song,” or to wind up dead in a motel in Fresno, like the long-lost sister (another folk singer: Tóibìn seems to have a thing for them) in “Famous Blue Raincoat.” The son in “A Priest in the Family” turns out to be a pedophile—something the reader may guess even more quickly than his elderly mother, who wonders why her own parish priest keeps showing up at her door with a worried look but strangely little to say. The court testimony is going to be bad, the woman’s son warns her, but the horror—and the temptation of facile social commentary—is kept offstage in favor of the subtle but devastating shift in her life of bridge games and neighborly pleasantries, “the plain language of small talk that…could conceal every thought from her, every sign, as she could from them.”

Tóibìn is very good at writing about old ladies, the kind who cheerfully carry flash-knives against intruders and talk back to the nightly news and, when complimented on the lovely view, say things like “You can get fed up looking at the sea.” Not that his women (their husbands tend to be already in the grave, or otherwise missing in action) do much better with their daughters than with their sons. In Tóibìn’s 1999 novel The Blackwater Lightship, three generations of difficult women gather uneasily under one roof to tend to a young man dying of AIDS along with a group of his gay friends, whose tough jollity can hardly keep up with—or even quite believe—the helplessly bitter barbs the women aim at each other. In that novel, storytelling and memory are ultimately a means of reconciliation. But the characters in Mothers and Sons tend not to talk that much, or to explain themselves to each other, let alone themselves. And they rarely find much of anything resembling redemption, or even resolution. In “A Song,” a small-time musician imagines singing harmony over his famous and long-estranged mother, who has suddenly shown up at the session in the local pub, but leaves without making any contact at all. In “The Name of the Game,” a widow claws her way out of debt and small-town claustrophobia by hocking the family heirlooms to open a tacky chip shop, only to sell that more profitable legacy out from under her resentful teenage son as well.

Some of the pieces here feel more like sketches than full-blown stories. But despite sharing the same generally claustrophobic mood, the best ones achieve remarkable texture and depth, opening out into glimpses of larger worlds and realms of buried feeling. “The Use of Reason” begins with a beautiful evocation of the streets of Dublin at night, as seen from a balcony by the nameless narrator, a passage that shows the half-lit menace Tóibìn can conjure:

The city was a great emptiness…. The wide waste ground below him was empty. He closed his eyes and thought about the other flats on this floor, most of them empty now in the afternoon, just as the little bare bathrooms were empty and the open stairwells were empty. He imagined the houses on the long stretches of suburb going out from the city: Fairview, Clontarf, Malahide, to the north; Ranelagh, Rathmines, Rathgar, to the south. He thought about the confidence of those roads, their strength and their solidity, and then he allowed his mind to wander into the rooms of suburban houses, bedrooms empty all day, the downstairs rooms empty all night, the long back gardens, neat, trimmed, empty too for all of the winter and most of the summer. The sad attics empty as well. Defenseless.

To the narrator, a professional thief, the emptiness is taken as confirmation that the world is both inhumanly indifferent and somehow out to get him—either “poured out for his amusement, or as a means of frightening him.” Figuring out the difference is his main preoccupation.

The story recounts the latest steps in his efforts to figure out if he can trust the Dutchmen who want to buy Rembrandt’s Portrait of an Old Woman, which he stripped off a museum wall a year earlier. (“Maybe,” he thinks to himself, “wearing glasses and being skinny and drinking coffee meant tough in Holland.”) But the real problem under investigation here doesn’t concern art theft but the lack of love and luck that sent him to a reform school called Lanfad some twenty years earlier, and the lessons of power and sadism he learned there. The narrator’s mind wanders back to an image from those years, when he glimpsed two priests masturbating as they watched two boys being beaten for trying to run away:

The same proves true of his own hard-drinking mother, who is guilty both of seeming to love his murdered younger brother best and of selling the brother out in the end, too. Affection is simply an impediment to thinking clearly, to reading through the outward signs the world throws up to conceal its true, cruel nature.

The last and longest story, “A Long Winter,” takes this theme of hard men in a hard world to the beautiful desolation of the Catalonian countryside. Here a young man named Miquel watches as his father’s brutish behavior finally drives his mother to set off for her ancestral village on the other side of the mountains, only to be lost in a sudden snowstorm. The time is twenty years after the Spanish civil war, and the place is a dwindling village with “no bar, no shop, nothing except hostile neighbors and a long winter.” Again there’s a rivalry with a missing brother, who in this case has gone off to the military. And again there’s the unreadable emptiness, the snow with its “flat, virgin whiteness, seeming innocent, almost beautiful, utterly harmless, its treacherous nature lying in layers under its blank surface.”

When the motherless household falls into chaos, relatives send a housekeeper in the person of Manolo, an utterly beaten-down young man who has relied on the grudging kindness of others since his father was shot at the end of the civil war and his mother succumbed to tuberculosis a year later. “You are lucky that this has already happened to you, your mother’s going, that it cannot come again,” Manolo tells Miquel as he scans the skies for the appearance of the vultures that will lead them to the body. There’s a simmering sexual tension between the two young men. When Miquel eventually fights the vultures off, Manolo’s efforts to restrain and protect him feel like the closest thing to physical solace this world can offer.

Even before his mother’s disappearance, Miquel wonders “why he had never viewed his life with his family in the village as precious and fragile.” In this beautifully unshowy book, Colm Tóibìn reveals himself once again as a writer who understands the tenuousness of love and comfort—and, after everything, its necessity. 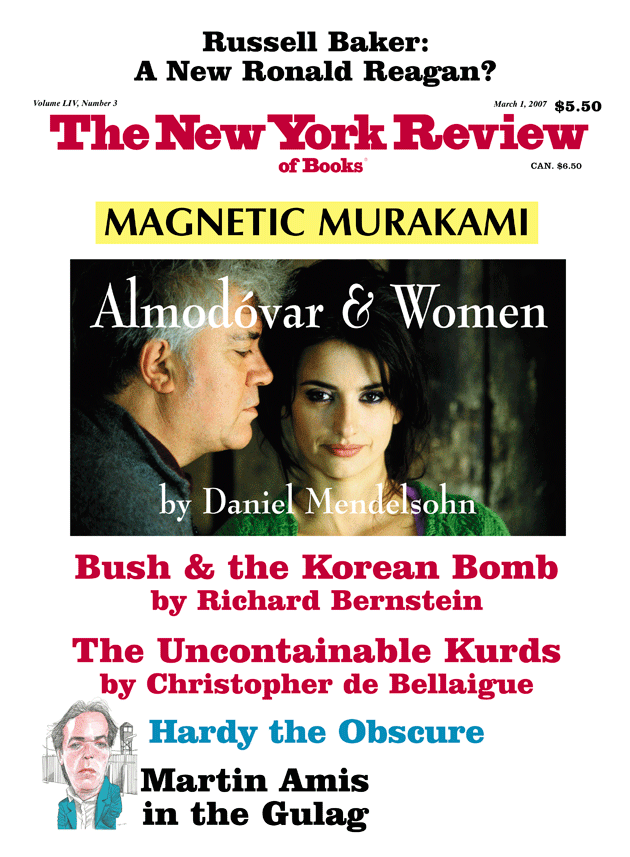 The Embrace of Bling

The Embrace of Bling

Jennifer Schuessler is an editor at The New York Times Book Review. (March 2011)