The United States and its allies are fast running out of options to stem Iran’s nuclear weapons breakout capacity. International Atomic Energy Agency cajoling, UN Security Council resolutions and sanctions, European Community efforts to buy the mullahs off, and threats of force have failed to stem Tehran’s enrichment and other nuclear fuel cycle ambitions.

Now comes the Luers, Pickering, and Walsh proposal [“A Solution for the US– Iran Standoff,” NYR, March 20] that calls upon Washington and its allies to accept Iran’s enrichment program subject to international co-management tethering. While not a new approach—on September 17, 2005, Iran called for partnerships with private and public sectors of other countries for uranium enrichment, and other commentators, this author included, have advanced like proposals—Luers et al. present the most detailed published plan to date. The authors’ thoughtful and comprehensive blueprint deserves serious consideration, but important challenges remain.

In principal the proposal is a win–win. It allows Iran to develop a peaceful fuel cycle—its claimed sole objective—under the watchful eyes of co-partners. Unfortunately, it comes at a late hour. Since Iran first advanced the idea, its engineers have made substantial progress at the Natanz enrichment site and continue to work on the country’s heavy water reactor at Arak. This reduces one of the proposal’s principal lures, technology transfer.

For the United States and others to buy into the proposal, not only would Iran have to halt construction of its heavy water reactor and reprocessing component; it would also have to assure that international partners have full access to and management responsibility for all remaining fuel cycle components to prevent the feared production of nuclear weapons. In addition Tehran must ratify and implement the Additional Protocol that would permit the International Atomic Energy Agency to ferret out and disable undeclared nuclear sites. All this the authors acknowledge.

Then there is the matter of enforcement. The authors’ safeguard is that “Iran could not jettison the program without risking a possible military response…from the US and its international partners.” But this begs the question: In the aftermath of Iraq, does the United States have any international partners—Israel excepted—who would join in? Will the American people be willing to assume yet another military burden? And there remains a troubling fact of history: absent military defeat, regime change, and/or occupation, force cannot assure the termination of nuclear weapons programs.

Still, the proposal has a significant advantage over the alternatives for reasons the authors do not address: it calls Iran’s bluff and brings matters to a head. Were Tehran to turn away from the very approach it promoted to reassure skeptics, or were it simply to drag its feet in negotiation and implementation, the international community, finally, would have to confront the stark choice: be prepared to accept and manage a nuclear-armed Iran or take whatever punitive measures necessary to halt it.

US Department of State

“A Solution for the US–Iran Nuclear Standoff” shares many of the features of our proposal as we explained it to a meeting of the United Nations Association on June 12, 2007, an audience that included Messrs. Luers, Pickering, and Walsh. We welcome the advocacy that these distinguished authors bring to this important debate but feel that our previous publications, including a long report available on our Web site (mit.edu/stgs/irancrisis.html), go into far more of the important details than they could delve into. These details are vital to ensure that any covert Iranian weapons program, now or in the future, does not benefit from a multilateral enrichment facility on Iranian soil. Just as importantly, such a facility must have safeguards that are sufficiently rigorous to reassure a skeptical West.

As the authors point out, having Westerners working side by side with Iranian scientists and engineers adds considerably to the facility’s proliferation resistance. But it does more than deter. It also, for instance, helps detect covert enrichment facilities elsewhere in Iran. As one of us (Forden) learned from his experience as a UN weapons inspector, knowing the activities of the scientists is key to preventing them from working on proscribed activities even at other, hidden, sites.

We also advocate that advanced Western (or perhaps Russian) centrifuges be leased to the consortium. This increases the economic viability of the facility, an important consideration if it is to be seen as not simply rewarding Iran for dubious behavior. We believe that such technology strengthens the resistance of the facility to proliferation. Even though Iranians would learn to operate a large enrichment facility as they worked in this plant, the knowledge they gained would be on state-of-the-art controls and would be far from directly applicable to any covert plants that they could build on their own.

Of course, moving advanced centrifuges into Iran creates a potential problem: they might be used to advance Iran’s knowledge or be “nationalized” at some future date. Here again, we have worked out details, such as “black boxing,” “smart monitoring,” and self-destruct mechanisms that would prevent such abuse.

Program on Science, Technology, and Society

We have received thoughtful and encouraging responses to our article from a number of people who have studied Iran’s nuclear program closely, among them Jason Blackstock, Manjana Milkoreit, Bennett Ramberg, Geoff Forden, John Thomson, and Maurizio Martellini. This should not be surprising. Like others in the field, they have explored and written about the concept of creating a multilateral program in Iran for some time. We have benefited from their insights, and gratefully acknowledge their contributions.

Ramberg rightly cautions that there will be challenges to ending the nuclear impasse. In particular he raises the issue of dealing with Iran’s existing nuclear facilities, including not only its enrichment site at Natanz, but also the heavy water reactor now under construction at Arak. The Arak project has rightly raised concern, because heavy water reactors produce a relatively sizable amount of plutonium in their waste product. If extracted from the waste and reprocessed, this plutonium could be used to build nuclear weapons.

Iranian officials have declared that they will not engage in reprocessing. In the absence of reprocessing, it would be impossible to use the heavy water reactor to make a bomb. We welcome this pledge but Iran’s justification for the reactor—to allow it to produce radioactive isotopes for use in medical and agricultural applications—is not convincing, and the large scale of the project is ill matched to this purpose. As we wrote in our article, the consortium negotiators should endeavor to come up with an arrangement that prohibits plutonium reprocessing and obviates the need for a heavy water reactor.

Ramberg also raises the issue of defection, and whether the US would have the international or domestic support following the war in Iraq to confront Iran should it pull out of the consortium. This is one reason why we wrote that the UN Security Council should pass a resolution that authorizes the consortium and clearly spells out the consequences should Iran unilaterally withdraw from or seek to renationalize the program. Such a resolution would not itself necessarily pose a deterrent to Iran, but if Iran were to break a binding agreement with many states that is authorized by the UN Security Council, it would constitute an offense to the international community and set the stage for punitive action.

We further agree that a formal proposal of our consortium plan to the Iranian government will shift the burden to Iran, forcing it to demonstrate its good intentions, and that its rejection of such a proposal would strengthen the political position of the US and others who seek a change in Iranian behavior.

Forden and Thomson are right to stress that the presence of an international team on the ground at the multilateral enrichment facility would make it difficult for Iran to set up a covert, parallel enrichment program. We are less enthusiastic about their proposal to give Iran advanced centrifuges with self-destruct mechanisms. To our knowledge no international company has shown an interest in such a scheme, nor are governments likely to embrace a proposal that provides Iran’s enrichment program more advanced technology than it currently has. We nevertheless welcome all proposals, since creativity will be one of the chief attributes of any solution.

Blackstock and Milkoreit have pointed out in a letter to us that resolving the nuclear standoff will require more than the suspension of enrichment by Iran or the enforcement of existing safeguards arrangements. We strongly endorse this observation. Greater transparency is required if the international community is to have confidence about Iran’s nuclear program, and we believe our proposal provides that, both because the enrichment program would be internationally managed with people on site around the clock and because we envision an arrangement that goes beyond standard safeguards measures.

Our good friend Maurizio Martellini was likely the first nongovernmental official to write about the concept of a multilateral enrichment facility on Iranian soil and to discuss the concept with Iranian officials back in 2005. In a letter to us, he recalls the resistance he encountered from European governments; but he believes that the next US president may be in a position to revive the concept. We heartily agree.

Finally, we appreciate the support of so many distinguished analysts. As we say in the paper, proposals for multilateral enrichment are neither new nor few in number, but perhaps the opportunity for action has finally arrived. These kind comments from so many of our colleagues give us hope that we may yet find a peaceful and effective resolution to the Iranian nuclear standoff. 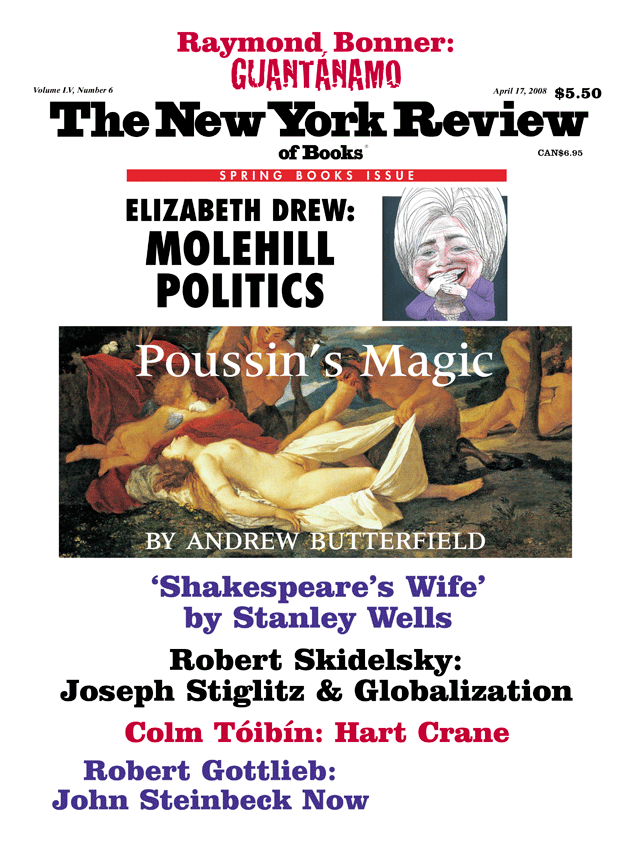 An American in Iran

Will Congress scuttle the negotiations over Iran’s nuclear program?