One More Theory About Happiness

My Index of Slightly Horrifying Knowledge

Paul Guest was twelve years old in 1986 when he broke his third and fourth cervical vertebrae and severely bruised his spinal cord; the result was irreversible quadriplegia. The handsome boy, who went on to live in a motorized wheelchair and has published three collections of poetry, was raised in the Pentecostal faith in Tennessee by a woman whose father owned a junkyard. A straightforward narrative interrupted by few flashbacks, his memoir, One More Theory About Happiness, begins with foreshadowings of horror: he plays with firecrackers; he reads a children’s book about a paralyzed girl the night before the accident that changed his life. Guest tells us that he learned to read early despite his parents’ humbly nonintellectual origins; he felt an uplift at church that suggests he was an unusually sensitive boy. Had he not excelled at reading, he wouldn’t have been identified as gifted, wouldn’t have had the opportunity to study with a teacher for special students, and wouldn’t have been invited to a sixth-grade graduation party at her house.

As the moment of the accident approaches, the foreshadowing becomes relentless:

I should have been wary. An adult would have known better than to ride those bikes. Leaned against the wall, festooned with cobwebs, skinned in dust, the ten-speed bikes had not been used in quite some time…. I climbed atop the bike, feeling awkward from leaning out over the handlebars…. I felt unsafe but pedaled on slowly.

Seeing that the hand brake is connected to a frayed or torn cable, Guest knows he will crash, and he decides mid-coast to try crashing on lawn rather than asphalt, aiming down a grassy slope. At the bottom of it is a drainage ditch hidden by weeds. Hitting the lip of the ditch, the bike throws its passenger twelve feet. Guest opens his eyes, having shut them mid-flight, and finds he can feel nothing below his neck, which aches dully—“the sudden, violent abstraction of the body, the brain left to believe all has vanished in a terrible, surgical instant.”

Two neighbors appear and attempt to stand the boy upright, but his head droops grotesquely, the neck broken. Later that afternoon, having been delivered to the hospital, placed before a closed MRI machine, and told he must be perfectly still, Guest allows himself to be slid into it, then panics and rocks his head from side to side. These traumatic episodes portray the experience of being forced suddenly to fight for one’s life at age twelve. Guest knew not to move his potentially broken neck after he fell but could not summon the authority to prevent a well-intentioned neighbor’s mistake. Having never been put into an enclosed space, he could not anticipate the potential danger of his first claustrophobic panic.

Guest is weaned from a respirator, learns to drive a “sip and puff” wheelchair and then an electric one guided by one hand. He wears a surgically attached halo, to encourage the broken vertebrae to heal on their own; when the treatment fails, an operation opens his back from scalp to shoulder blades so the bones can be fused surgically.

The broken boy gradually heals on the outside—arm bones are set, nausea subsides, digestion adjusts to the body’s unaccustomed inactivity. Gradual adaptation to a new physical state is interrupted by lurid interventions: a feeding tube is inserted as he tries to thrash his tightly collared neck; seven days after the accident, well-meaning Uncle Randy brings a shiny new bicycle to the hospital; at the rehabilitation hospital in Atlanta, the spinal patients, including the twelve-year-old Guest, are made to watch a video “barely better than low-rent pornography” depicting a woman arranging herself and a paralyzed partner in various sexual positions.

Rehabilitation is punctuated by unexpected blessings: the talkative poor kid who sat next to him in math class phones his hospital room, alternately snickering and trying to show concern, and after the call ends, Guest lies awake and realizes that the phone call “was a kindness greater than many of my closer friends ever managed.” Later on, when a recreation therapist turns off one of the motors of Guest’s wheelchair in order to teach him how to ask strangers for help, he runs over the foot of a woman whose girlfriend has multiple sclerosis; she restarts the motor with ease. These moments of hope and despair come and go.

The memoir takes its title from a poem in Guest’s newest collection, My Index of Slightly Horrifying Knowledge. The poem presents a list of possibilities, each doubting or canceling the one before, and ends:

That desire is the cause
of all human suffering
according to Buddha,
according to the man whose arms dead-end
at the bulbs of his elbows
kicking a dog
from the sidewalk with savage joy.
That the dog in this
matter has no say,
except to articulate miniature outrage.
That it is better to have no arms than four legs.

The prognosis for my recovery had never been exactly certain; at first, there was every reason to think I’d never move, never feel anything again. When that began to change, when my legs began to respond to therapy, and I could slowly extend them with light weights wrapped around each ankle, therapists wondered aloud, as we worked, if I might recover enough to walk again. Perhaps with a walker or crutches or other prosthetic devices, braces, splints, and dozens more, which would in time fill my closet and make of it a sad museum of hope. Perhaps, at least, I might be strong enough to push my own chair, and feed and bathe and dress my own body, however compromised. Perhaps any hundred degrees of recovery, of return, of resurrection, as though the life I lived were not exactly a life, but something else, in between, a limbo in which happiness was not quite possible, a hypothesis, a theory exhorted, but in half measures, in half consolations.

The happiness of Guest’s theory is the book’s implied denouement, his marriage, offering the possibility of happiness despite all that preceded it. It’s a fitting theory for a poet, for whom a story is what happens in time, and for whom the lyric moment exists outside time, outlasting it.

Guest’s poems combine furious rage with furious excitement in long, breathless lines that, at the last possible moment, break. It’s tempting to fasten a biographical explanation to this—the tragic invalid who doesn’t want to stop speaking until, in the end, he must. His best poems are those that examine a lyric moment, an emotion either at the moment when it is first felt or when it is recollected in tranquility. Of all the poems in the collection, these announce themselves with the least adornment, are the least swaddled by prettiness.

Guest has a tendency toward coyness in overmodified nouns that appear veiled but don’t seem much more than gestures, such as the phrase “slightly horrifying knowledge.” On a larger scale, coyness also occasionally veils the narrative of the memoir, particularly in its treatment of Guest’s engagement. The epilogue’s second paragraph contains the word “fiancée,” but the relationship is not otherwise discussed, a loud omission that may seem disingenuous. Guest may wish to avoid recent events, but his reticence draws attention to what is implied to be unworthy of attention and contrives to give his current situation the glamour of a secret.

This misstep isn’t pervasive, though; when Guest challenges the bromides imposed on him by sentimental strangers, his authority is indisputable. Faced with daily interaction with a weepy classroom assistant, he writes of having

tried to tamp down [her] sense of my suffering…. I could say nothing to her that wasn’t suffused with heroic stoicism: in her eyes, I was a vessel for suffering. Or courage. Maybe pluckiness. Maybe all of the tired tropes which had been pinned to my life like a badge. There was nothing I hated more fervently than playing that imaginary role. A consolation to others but not to me.

Guest’s sometimes purple phrasings—a male nurse’s voice “cramming all his syllables up so that they uncoiled from his mouth”—are offset by the “infernal scarf” of an immobilizing neck collar or the description of a boy’s body as having been “barely touched by the hammer stroke of puberty.” Just before the first home game of the Tuscaloosa football season, “expectation swept like a plague over everything and everyone,” and the noise of the cicadas “was like a second night.”

At its best, a memoir vigorously examines and questions the memory, a second imperfect medium through which to perceive, immediate perception being the first. In One More Theory About Happiness, we first look back at what has happened, beyond the sequence of reportage, almost a quarter of the way through the book: “Quickly transferred from the stretcher into the hospital bed, identical to what I’d had in Chattanooga, and identical to the one I’d sleep in, alone, for twenty-three years, I waited.” Not coincidentally, the book’s most memorable chapters are those that float free of the ongoing narrative—one describes the recurring shame and horror of riding the short bus (“awful slang for a bus intended for children with special needs”); the other flashes back to the day the nine-year-old Guest ruined a pair of expensive cowboy boots by dragging them behind a skateboard.

In prose, the poet’s lyric fury is sometimes muffled by the dutiful recitation of unfolding events, as if fearing a trespass into lyric chaos. The memoir occasionally provides more explanation than is needed to get from the upended bike to Tuscaloosa where, decades later, he starts his first teaching job. One recalls that reciting the events of a story is less important than a perceptive understanding of the shape of a particular life, even as it goes on. Guest seems too often to set aside his gift for lyric in the service of his account. At such times I miss his poetry. 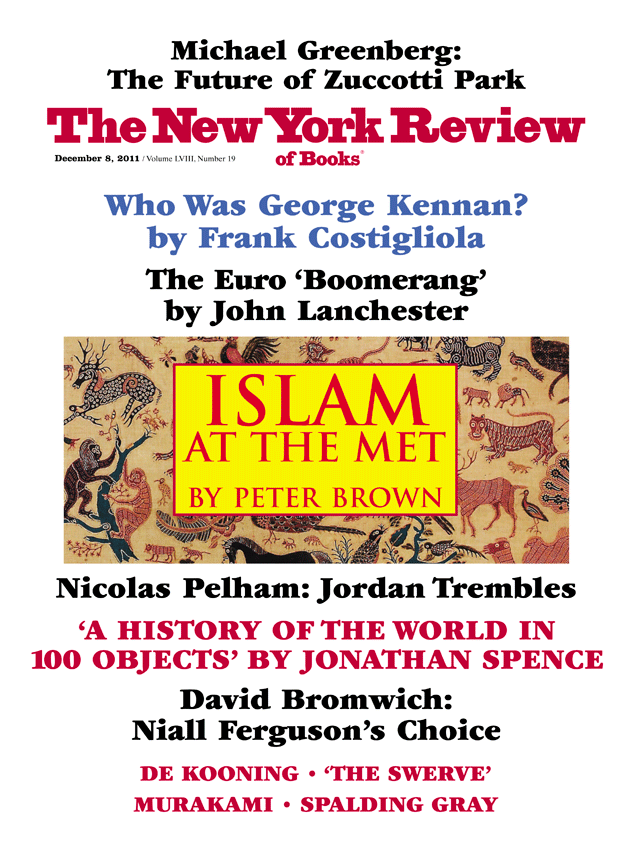 Sarah Manguso is the author of eight books, most recently Ongoingness and 300 Arguments. Her first novel, Very Cold People, is forthcoming. (March 2020)