John Terborgh’s review of Scott Wallace’s The Unconquered [NYR, April 5] sets up a false “choice”: whether “we” (who’s “we”?) are to leave uncontacted tribes in isolation or “integrate” them into what he calls the “modern world.” Such an idea sets the issue of indigenous peoples’ rights back forty years. By the mid-1970s it was apparent that “isolation” and “integration” were entirely false options. The key, rather, was self-determination—the right of peoples to decide their own futures—which was meaningless without respect for tribal peoples’ right to their land. The UN has unequivocally supported this, both in its 1989 international law on indigenous and tribal peoples, and in the 2007 declaration on the same theme.

The “modern world” that Terborgh describes (bizarrely, but perhaps revealingly, choosing to include “diverse global cuisine” as one notable asset) is really just the world of well-heeled Westerners, as he well knows. That of the uncontacted tribes is just as “modern” (yes, I know we’re taught not to think so); so is that of the millions of slum dwellers who have access to none of the “modern” health care, education—or cuisine choice—to which Terborgh alludes. Such slums are where the few survivors of dispossessed tribes (usually much less than 50 percent of the pre-contact population) tend eventually to wind up. Terborgh thinks “we” live “nearly twice as long” as tribespeople. I doubt that “we” includes those on the Pine Ridge Indian reservation, where male longevity is lower than any of the world’s countries outside Africa and Afghanistan.

I have lived with or beside pre-modern people for the last fifty years in New Guinea, Africa, and, especially, the Amazon. The issue is not whether they should be granted self-determination. Of course they should. The issue is whether self-determination is even a realistic option. Or will they, like so many before them, become hapless victims of circumstance? Survival International appears to view self-determination as an inalienable right; while not disagreeing in principle, I take a darker view of the likely reality.

Not long ago, even after I became an adult and began my own explorations, the world’s great wilderness zones—New Guinea, Borneo, the western Amazon, central Africa—were largely wild, inaccessible, and sparsely populated. Now, and I have seen the maps, all these regions have been blocked into logging, mining, and petroleum-exploration concessions or designated as reservoirs for future hydroelectric projects. There is a vanishing amount of undetermined wildland left on earth, tiny vestiges really, and these vestiges will soon be included within lines drawn on a planning map in a capital city. Where are native people and their cultures going to survive unperturbed in such a world?

Canada has granted substantial autonomy to its “First Nations” and ceded 20 percent of its territory to establish Nunavut out of the Northwest Territories. But Canada is an exception. Canada operates under the rule of law and does not contain a dynamic settlement frontier. In the Amazon, there is another reality, a reality of assertive lawlessness exemplified by the murders of Chico Mendes and Sister Dorothy Stang. Their murders are known to the world because they were public figures. Hundreds of others have perished in obscurity in conflicts over access to land and resources.

Just today (April 20) I received a news item from a friend who lives in Brazil stating that illegal logging and increased drug trafficking across the border of the state of Acre (Brazil) with Peru has resulted in violent interactions that are provoking the displacement of uncontacted groups into areas occupied by other people.

In the frontier zones of the Amazon, one finds a nasty mix of land seekers, loggers, gold miners, drug smugglers, and oil exploration crews—all engaged in a frenzied, laissez-faire quest for natural resources. Many of these are people determined enough to defy regulations, to bribe or intimidate government officials, and to murder, if necessary, anyone who stands in their way.

The zeal to exploit—now—any and all natural resources extends to the highest levels of government. Daniel Saba, the director of Peru’s state oil company, Petroperu, publicly denied the existence of uncontacted people in an area that had recently been designated as an oil exploration concession. Videos of painted, nearly naked men pointing arrows at the circling aircraft were required to extract a retraction. Any reprieve leveraged in this manner is certain to prove temporary.

So my view of the plight of the remaining unacculturated indigenous people of the Amazon is one of profound pessimism. Several of the nine Amazonian countries have laws designed to favor and protect indigenous people, but the institutions charged with implementing these laws are mostly weak and sometimes corrupt. Good intentions do not guarantee good outcomes.

We live in a world of accelerating change, a reality that is difficult to grasp, much less take into account. It is a reality that leaves no good options for people who require isolation. In my opinion, the most likely fate of the remaining uncontacted groups in Amazonia is to be driven from their redoubts by resource pirates. Forced to flee and with nowhere to escape, these groups will inevitably come into conflict with other people. They could perhaps be rescued at this point if there were a rapid-response team of physicians, anthropologists, and linguists who could attend to their medical needs, defuse any active conflicts, and ease their transition into society. But I dream. 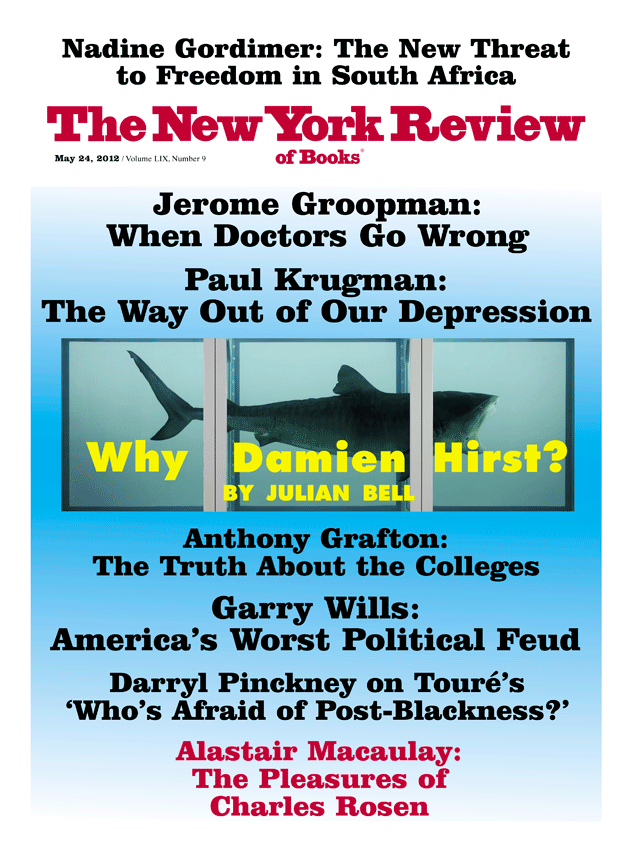 Do We Need Prisons? An Exchange