On June 19, 1842, readers of the staid Journal des Débats discovered installment one of The Mysteries of Paris by Eugène Sue on the “ground floor” (the bottom quarter) of their daily newspaper’s front page. Over the following months, the story unfolded in 150 breathless episodes, reaching its end only on October 15, 1843. It was certainly the runaway best seller of nineteenth-century France, possibly the greatest best seller of all time.

It’s hard to estimate its audience, since each episode was read aloud, in village cafés throughout France, in workshops and offices. Diplomats were late to meetings, countesses were late to balls because they had to catch up on the latest episode. It was a truly national experience, magnetizing in the way celebrity trials have been in our time, maintained addictively from one installment to the next in a manner we now know through the television serial. The novel was such a success that it saved the respectable and somewhat musty Journal des Débats from looming bankruptcy. In fact, the emergence of the mass-circulation newspaper depended on the popular fiction it featured on page one: by radically reducing subscription prices (there were no single- issue sales at the time), introducing paid advertisements, and reaching out to a wider public through serial novels, the newspaper entered the modern era.

From the outset, the reader is plunged into the lowest depths of Paris-by-night, entering the tapis-franc, sinister low-life tavern on the Île de la Cité, the inner circle of Paris crime, prostitution, poverty, exploitation. Right away, we have a violent encounter between le Chourineur (Slasher, in the new Penguin Classics translation*), a former apprentice butcher turned killer, and la Goualeuse (Songbird), a prostitute with a pure heart, and then the providential arrival of Rodolphe, disguised aristocrat who moves with perfect ease in the lower depths. He’s come to rescue la Goualeuse, alias Fleur-de-Marie, who’s been tortured by her one-eyed guardian, la Chouette (the Owl), imprisoned, and sold by the Ogress. Slasher, Songbird, and Rodolphe then enter the tavern together, to trade stories (everyone in this novel has a story to tell), where they are served by Ogress, and spied on by the terrifyingly brutal arch-villain, le Maître d’École (the Schoolmaster). And we are off, for sixteen months of lurid and breathless fare.

The novel of course triggered endless imitations and reworkings by others, in novels and stage melodramas, among them The Mysteries of London, The Mysteries of Naples, The Mysteries of Lisbon, and The Mysteries and Miseries of New York. Once the newspaper serialization was over, the novel was published in ten volumes, and sold edition after edition. The Mysteries of Paris made its author, Eugène Sue, more than a celebrity: he became a hero to working-class French and their political leaders. Sue was elected to the National Assembly in 1850 after the revolution of 1848 created a short-lived republic, and then suffered the suppression and pulping of his final novel, The Mysteries of the People, and exile from France when Emperor Napoleon III grabbed power and silenced all opposition.

Sue before The Mysteries of Paris was the moderately successful author of seafaring tales and sentimental fiction. When he began The Mysteries of Paris, he had only a bare outline of the plot (any alert reader will guess that Rodolphe and Fleur-de-Marie will turn out to have some deep mysterious tie that calls them one to another) and he let one episode lead him to the next, under the imperative of closing each installment at a cliffhanging moment, followed by the sacramental “la suite à demain”: continued tomorrow. Since newspaper subscriptions were renewed quarterly, a particularly dire moment had to be staged at the end of each quarter.

Sue began his exploration of low-life Paris largely from sensationalistic motives. Like his fellow novelist and rival Honoré de Balzac, who published the first serial novel, La Vieille Fille, in La Presse in 1836, he understood that the underworld was a colorful and complex place peopled with grotesquely interesting characters, all speaking a richly metaphorical slang. Balzac worked with the same material in Splendeurs et misères des courtisanes (A Harlot High and Low, as the current Penguin translation is awkwardly titled), a novel written, in part, to compete with Sue’s success. Balzac never adapted to the constraints of the serial form as smoothly as Sue: he was too prolix, too much interested by the psychological intricacies of his characters. Balzac cuts deeper: his convict figure, Vautrin alias Jacques Collin alias the Reverend Carlos Herrera, for instance, becomes a complex study in protean imposture, sexuality, and what you might call the philosophy of the underworld.

Sue might fairly be accused of slumming, like his hero Rodolphe, though with less benevolent motives. But as he went on, particularly in creating Rigolette, the virtuous and cheerful seamstress whose earnings are scarcely sufficient to keep her from dire poverty and the slide into prostitution, and the unfortunate jewel-cutter Morel on whose family disaster after disaster accumulate, he began to deal with the realities of contemporary society.

This inflection of the novel really seems to have been the work of its readers, who wrote in enormous numbers to Sue, recording their intense reactions. These letters (Sue kept them: you can read them today) altered the themes and the scope of The Mysteries of Paris. This bourgeois author (his father was a well-known doctor) began to discover that there was a true melodrama to the precarious existence of the working classes. The novelist could be sensationalistic and serious at the same time.

Many readers wanted to see Sue’s characters as real. Some wrote him asking if he could get Rodolphe to help them; some wanted to rescue Morel. But other letters reached Sue from readers who had tales that resembled those of Morel and Rigolette and Fleur-de-Marie, who recognized themselves in the excruciating circumstances Sue had created for his characters. Socialist reformers, too, began to bombard Sue with ideas and tracts, including serious sociological studies of the workers’ condition—this was a moment of several remarkable proto-sociological inquiries into economic and social destitution in France, into prostitution, its causes and management, into the underside of nascent capitalist wealth and expansion.

Sue began responding to these readers by way of his novel, introducing such reformist schemes as a nationally organized pawnshop that would provide credit to the poor, public defenders for the accused, and a hospice for the children of convicts. A dialogue between Sue and reformers developed, and by the time the novel drew to its close, Sue was ready to proclaim himself a socialist. Though Marx and Engels would in The Holy Family ridicule the unscientific and utopian brand of socialism endorsed by Sue and those he inspired, and who in turn inspired him, for many The Mysteries of Paris was a gospel of humanitarianism.

The Grand Duke Rodolphe of Gerolstein (his identity is mostly hidden when he’s out and about) travels in the underworld of Paris in search of opportunities to exercise his benevolence. He engages in “virtue policing” (a notion many readers thought should be instituted in the real world), rewarding those who deserve better than their fate, in a gesture of top-down charity. He finds his female counterpart in the society lady Clémence d’Harville, who comes to help the prisoners at Saint-Lazare, where female thieves and prostitutes were locked up. This appears a bit condescending at first, but a contemporary reviewer of the novel caught the importance of what was going on:

Rarely has a novel had such an impact.

Rodolphe, for instance, makes use of the lusciously sexy creole Cecily to counter the malefactions of the evil and avid notary Jacques Ferrand, whom she arouses and frustrates to the point that he dies, literally, of unconsummated lust. Poetic justice takes such lurid but satisfying forms. La Louve, the fierce but loyal She-Wolf whom Fleur-de-Marie befriends in Saint-Lazare prison and who will be tamed and married off to a reformed poacher-become-gamekeeper, provides an address to female sexuality that more decorous novelists left untouched. The more delicate question of how Rodolphe can revirginize Fleur-de-Marie, on the other hand, evokes all the ambivalences of male understandings of women and their bodies. Rodolphe proposes that, following her rehabilitation, she marry Prince Henri—but she understands that her degree of besmirchment can never be bleached out, and chooses instead to take the veil, and then tactfully to die of incurable moral sadness. Sue, you might say, earns his melodramatic presentation of reality by bringing to light emotions and issues so often repressed, in reality and in more self-censoring novels.

Sue’s message was all the more important because the Journal des Débats was politically moderate and pro- government. He conveyed a quasi- socialist message in the years when the bourgeois monarchy of King Louis-Philippe was overseeing capitalist expansion, the creation of vast new wealth—and of the modern proletariat (and preparing the revolution of 1848). He gave voice to truths about the social order that may have been dimly known but were not acknowledged. Well before Victor Hugo expressed his long-standing social concerns in Les Misérables, Sue asks us to pay attention. He draws us into his world so seductively that we are forced to see what before lay hidden to the middle-class reader. Joseph Conrad famously wrote that the task of the novelist is “by the power of the written word, to make you hear, to make you feel—it is, before all, to make you see.” Sue does that, while offering an addictive pleasure of reading. 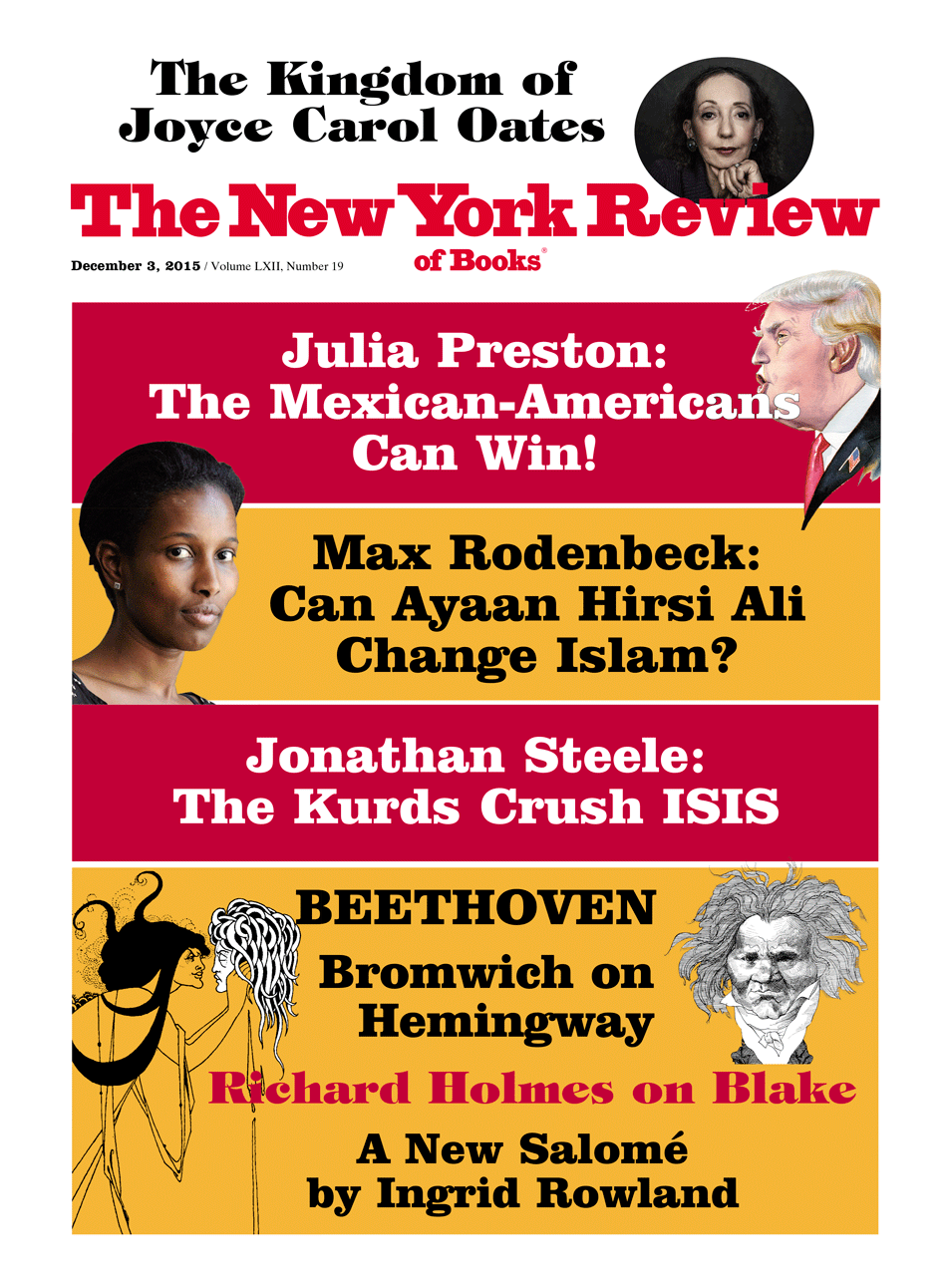 Resurrecting a Polyphonic Past

The Betrothed is a kind of historiographical novel that invites the reader to enter the dynamic of reading and writing history.

The American Scene is Henry James’s indictment of what Americans had made of their land.

Resurrecting a Polyphonic Past

The Betrothed is a kind of historiographical novel that invites the reader to enter the dynamic of reading and writing history.

The American Scene is Henry James’s indictment of what Americans had made of their land.

Peter Brooks is the author of the recent Balzac’s Lives and Seduced by Story: The Use and Abuse of Narrative, to be published in October. (October 2022)