In Tornillo, Texas, in rows of pale yellow tents, some 1,600 children who were forcefully taken from their families sleep in lined-up bunks, boys separated from the girls. The children, who are between the ages of thirteen and seventeen, have limited access to legal services. They are not schooled. They are given workbooks but they are not obliged to complete them. The tent city in Tornillo is unregulated, except for guidelines from the Department of Health and Human Services. Physical conditions seem humane. The children at Tornillo spend most of the day in air-conditioned tents, where they receive their meals and are offered recreational activities. There are three workers for every group of twenty children. The children are permitted to make two phone calls per week to their family members or sponsors, and are made to wear belts with their emergency contacts written on them.

However, the children’s psychological conditions are anything but humane. At least two dozen of the children who arrived in Tornillo were given just a few hours’ notice in their previous detention center before they were taken away—any longer than that, according to one of the workers at Tornillo, and the children may have panicked and tried to escape. Because of these circumstances, the children of Tornillo are inevitably subjected to emotional trauma. After their release (the date of which has not yet been settled), they will certainly be left with emotional scars, and it’s hard to imagine they could have any but the harshest feelings about a country that condemned them to this unjust imprisonment.

The workers at the Tornillo camp, which was expanded in September to a capacity of 3,800, say that the longer a child remains in custody, the more likely he or she is to become traumatized or enter a state of depression. There are strict rules at such facilities: “Do not misbehave. Do not sit on the floor. Do not share your food. Do not use nicknames. Do not touch another child, even if that child is your hermanito or hermanita [younger sibling]. Also, it is best not to cry. Doing so might hurt your case.” Can we imagine our own children being forced to go without hugging or being hugged, or even touching or sharing with their little brothers or sisters?

Federal officials will not let reporters interview the children and have tightly controlled access to the camp, but almost daily reports have filtered through to the press. Tornillo is part of a general atmosphere of repression and persecution that threatens to get worse. The US government is detaining more than 13,000 migrant children, the highest number ever; as of last month, some 250 “tender age” children aged twelve or under had not yet been reunited with their parents. Recently, the president has vowed to “put tents up all over the place” for migrants.

This generation will be remembered for having allowed concentration camps for children to be built in “the land of the free and the home of the brave.” This is happening here and now, but not in our names. 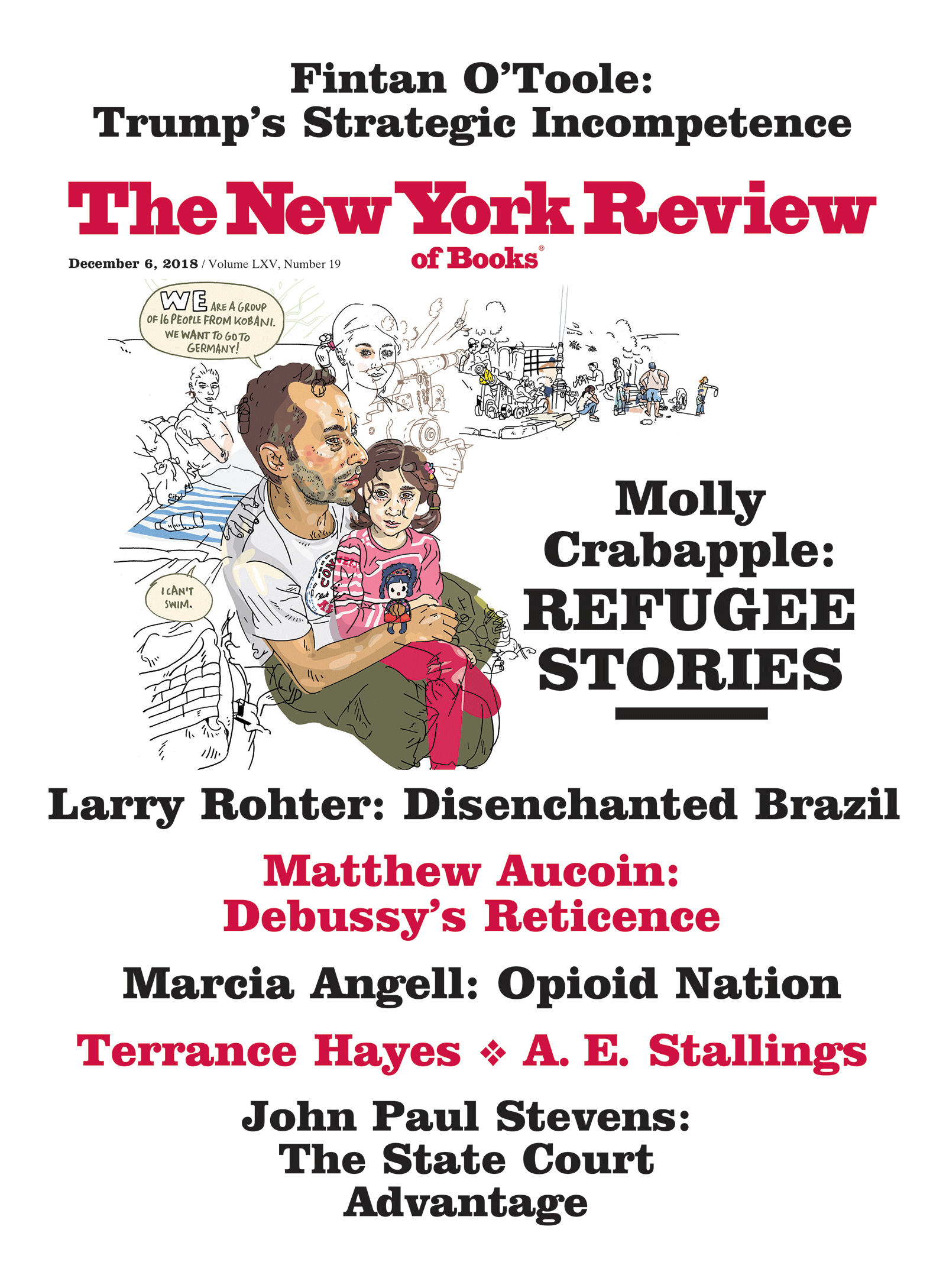 A History of Horror

Why Be a Parent?

Alison Gopnik’s ‘The Gardener and the Carpenter’

What Rights Should Children Have?