Resistance to Immunity from the May 23, 2019 issue

I am not sure how your reviewer Gavin Francis took away from my book, The Vaccine Race: Science, Politics and the Human Costs of Defeating Disease, the idea that the mini-vaccine factories known as WI-38 cells were “donated,” as he writes, for research [NYR, May 23]. The cells came from the lungs of an approximately seventeen-week fetus legally aborted in Sweden in 1962. The scientists who took the fetus, packed the lungs on ice and flew them to Philadelphia, and the scientist at the Wistar Institute who developed their cells, did not for a moment think to ask for permission from the woman who had the abortion, whom I call Mrs. X. Like the more famous Henrietta Lacks, Mrs. X’s opinion or rights were not thought to matter, and she in no way consented to “donate” the cells, which have since been used to make vaccines that have protected hundreds of millions of people, including tens of millions of Americans, from infectious diseases.

Francis also states that Leonard Hayflick, the scientist who developed the WI-38 cells, had ready access to “the comprehensive medical records of [Sweden’s] welfare state” for detailed information about the cells’ health. He had no such thing. Instead, to establish the WI-38 cells’ pedigree, he sought out the Swede who had helped him obtain the fetus’s lungs, Sven Gard, who was chair of virology at the famous Karolinska Institute. Gard, a childless man in his mid-fifties, did not relish the task at hand. So, he delegated it to a woman. Gard’s lieutenant, the mannerly Margareta Bӧttiger, then a physician and young mother who was earning her Ph.D., had the unenviable task of approaching Mrs. X’s physician to gather her health history. This interaction, months after the abortion, served as Mrs. X’s rude awakening. She didn’t want to talk to me when my translator and I tracked her down in 2013. But she did say one thing: “They were doing this without my knowledge. That cannot be allowed today.”

Gavin Francis, in his review of The Vaccine Race by Meredith Wadman, states that I “commercialized [my] laboratory techniques, even founding a company to profit from selling the WI-38 cells that had been donated for the purposes of research.”

Wadman’s policy to conceal her text from subjects pre-publication and the publisher’s failure to employ a fact checker has led to an enormous number of errors of omission and commission (see www.AgingInterven tionFoundation.org/BookReview2.pdf). The “laboratory techniques” I used were in common use worldwide and therefore could not be commercialized. I did not “profit from selling the WI-38 cells” but I did give them to hundreds of researchers and vaccine manufacturers throughout the world for free. At that time patent laws did not exist to protect living cells, so vaccine manufacturers have used WI-38 to this day, profiting from their use in multiple billions of dollars.

I founded a company to shelter funds charged for preparation costs, shipping, and taxes as I was unable to personally pay for those large costs. When the NIH, FDA, and DHEW confiscated WI-38 ampoules from my laboratory claiming title, I filed a lawsuit challenging this interpretation. In an out-of-court settlement, title was not established, many WI-38 ampoules were returned to me, and the funds were not claimed by the government but all were given to my attorneys.

I thank Meredith Wadman for her clarifications. Perhaps I didn’t make it clear enough that the ethical environment in which Leonard Hayflick and Sven Gard were operating was very different to that of today. I didn’t mean that the donation of the tissue was sanctioned by the mother of the fetus, who wasn’t consulted; I meant simply that the tissue was donated by the Karolinska Institute to the Wistar Institute through a connection with Gard. That Hayflick’s work led to more effective vaccinations, and has as a consequence saved millions of lives, is an outcome that shouldn’t be lost sight of.

And I apologize if some readers might take away from my piece that Hayflick had direct and contemporary access to the Swedish medical records of the parents of the fetus. On the contrary, I understood from Wadman’s book that he telephoned Gard to ask for Mrs. X’s medical records two months after the abortion took place, when it became clear that in order to have the cells approved for human use, those records would be required. 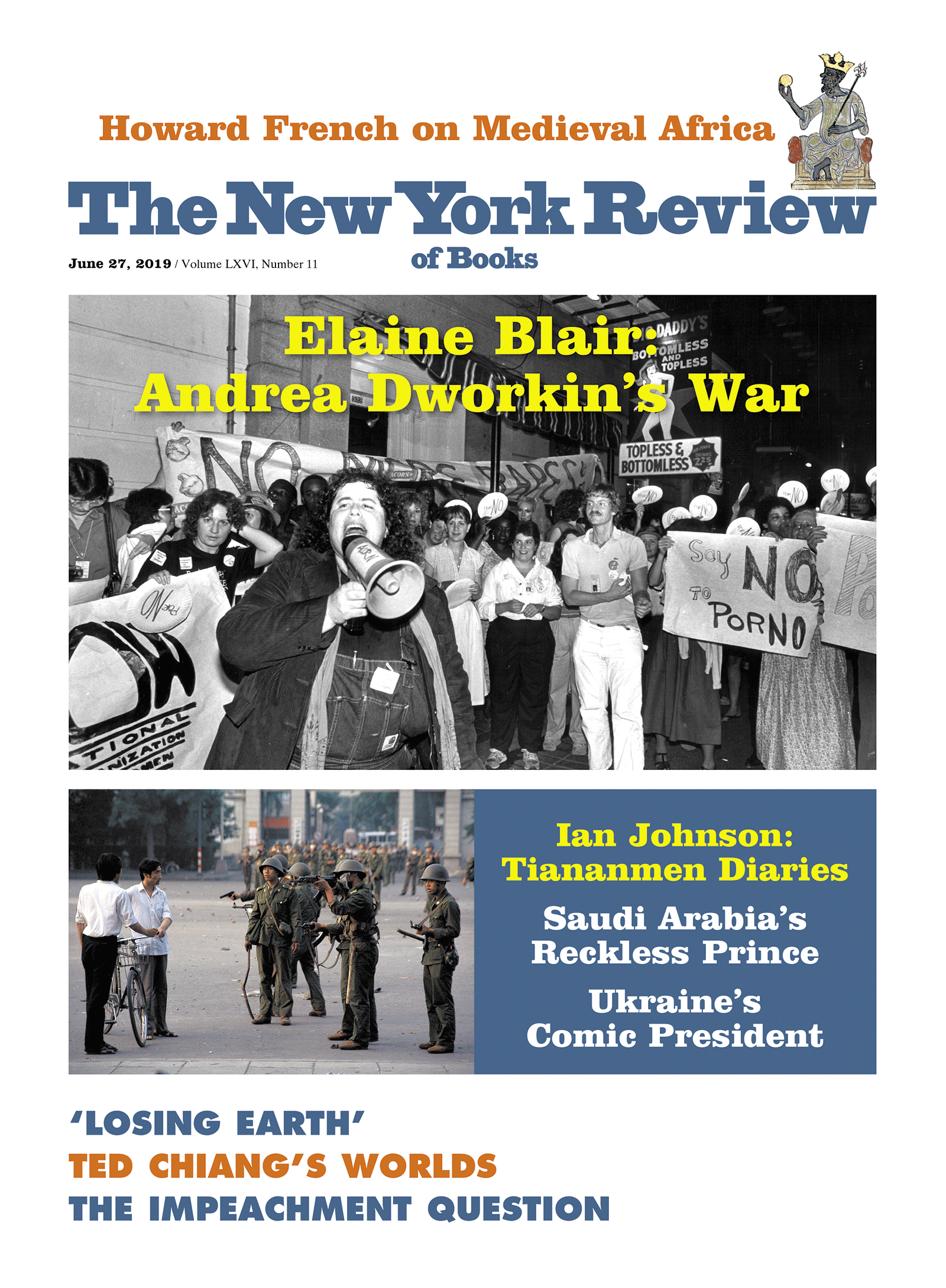 Oswald von Wolkenstein, translated from the German by Richard Sieburth

After the Moon Walk