When I was a small child of, I think, about five or six, I staged a competition in my head, a contest to decide the greatest poem in the world. There were two finalists: Blake’s “The Little Black Boy” and Stephen Foster’s “Swanee River.” I paced up and down the second bedroom in my grandmother’s house in Cedarhurst, a village on the south shore of Long Island, reciting, in my head as I preferred, not from my mouth, Blake’s unforgettable poem, and singing, also in my head, the haunting, desolate Foster song. How I came to have read Blake is a mystery. I think there were a few poetry anthologies in my parents’ house among the more common books on politics and history and the many novels. But I associate Blake with my grandmother’s house. My grandmother was not a bookish woman. But there was Blake, The Songs of Innocence and of Experience, and also a tiny book of the songs from Shakespeare’s plays, many of which I memorized. I particularly loved the song from Cymbeline, understanding probably not a word but hearing the tone, the cadences, the ringing imperatives, thrilling to a very timid, fearful child. “And renownèd be thy grave.” I hoped so.

Competitions of this sort, for honor, for high reward, seemed natural to me; the myths that were my first reading were filled with them. The greatest poem in the world seemed to me, even when I was very young, the highest of high honors. This was also the way my sister and I were being raised, to save France (Joan of Arc), to discover radium (Marie Curie). Later I began to understand the dangers and limitations of hierarchical thinking, but in my childhood it seemed important to confer a prize. One person would stand at the top of the mountain, visible from far away, the only thing of interest on the mountain. The person a little below was invisible.

Or, in this case, poem. I felt sure that Blake especially was somehow aware of this event, intent on its outcome. I understood he was dead, but I felt he was still alive, since I could hear his voice speaking to me, disguised, but his voice. Speaking, I felt, only to me or especially to me. I felt singled out, privileged; I felt also that it was Blake to whom I aspired to speak, to whom, along with Shakespeare, I was already speaking.

Blake was the winner of the competition. But I realized later how similar these two lyrics were; I was drawn, then as now, to the solitary human voice, raised in lament or longing. And the poets I returned to as I grew older were the poets in whose work I played, as the elected listener, a crucial role. Intimate, seductive, often furtive or clandestine. Not stadium poets. Not poets talking to themselves.

I liked this pact, I liked the sense that what the poem spoke was essential and also private, the message received by the priest or the analyst.

The prize ceremony in my grandmother’s second bedroom seemed, by virtue of its secrecy, an extension of the intense relation the poem had created: an extension, not a violation.

Blake was speaking to me through the little black boy; he was the hidden origin of that voice. He could not be seen, just as the little black boy was not seen, or was seen inaccurately, by the unperceptive and disdainful white boy. But I knew that what he said was true, that his provisional mortal body contained a soul of luminous purity; I knew this because what the black child says, his account of his feelings and his experience, contains no blame, no wish to revenge himself, only the belief that, in the perfect world he has been promised after death, he will be recognized for what he is, and in a surfeit of joy protect the more fragile white child from the sudden surfeit of light. That this is not a realistic hope, that it ignores the real, makes the poem heartbreaking and also deeply political. The hurt and righteous anger the little black boy cannot allow himself to feel, that his mother tries to shield him from, is felt by the reader or listener. Even when that reader is a child.

But public honor is another matter.

The poems to which I have, all my life, been most ardently drawn are poems of the kind I have described, poems of intimate selection or collusion, poems to which the listener or reader makes an essential contribution, as recipient of a confidence or an outcry, sometimes as co-conspirator. “I’m nobody!” Dickinson says. “Are you nobody, too?/Then there’s a pair of us—don’t tell!” Or Eliot: “Let us go then, you and I,/When the evening is spread out against the sky/Like a patient etherized upon a table…” Eliot is not summoning the boy scout troop. He is asking something of the reader. As opposed, say, to Shakespeare’s “Shall I compare thee to a summer’s day?”: Shakespeare is not comparing me to a summer’s day. I am being allowed to overhear dazzling virtuosity, but the poem does not require my presence.

In art of the kind to which I was drawn, the voice or judgment of the collective is dangerous. The precariousness of intimate speech adds to its power and the power of the reader, through whose agency the voice is encouraged in its urgent plea or confidence.

What happens to a poet of this type when the collective, instead of apparently exiling or ignoring him or her, applauds and elevates? I would say such a poet would feel threatened, outmaneuvered.

This is Dickinson’s subject. Not always, but often.

I read Emily Dickinson most passionately when I was in my teens. Usually late at night, post-bedtime, on the living room sofa.

I’m nobody! Who are you?
Are you nobody, too?

And, in the version I read then and still prefer:

Then there’s a pair of us—don’t tell!
They’d banish us, you know…

Dickinson had chosen me, or recognized me, as I sat there on the sofa. We were an elite, companions in invisibility, a fact known only to us, which each corroborated for the other. In the world, we were nobody.

But what would constitute banishment to people existing as we did, in our safe place under the log? Banishment is when the log is moved.

I am not talking here about the pernicious influence of Emily Dickinson on teenaged girls. I am talking about a temperament that distrusts public life or sees it as the realm in which generalization obliterates precision, and partial truth replaces candor and charged disclosure. By way of illustration: suppose the voice of the conspirator, Dickinson’s voice, is replaced by the voice of the tribunal. “We’re nobody, who are you?” That message becomes suddenly sinister.

It was a surprise to me on the morning of October 8 to feel the sort of panic I have been describing. The light was too bright. The scale too vast.

Those of us who write books presumably wish to reach many. But some poets do not see reaching many in spatial terms, as in the filled auditorium. They see reaching many temporally, sequentially, many over time, into the future, but in some profound way these readers always come singly, one by one.

I believe that in awarding me this prize, the Swedish Academy is choosing to honor the intimate, private voice, which public utterance can sometimes augment or extend, but never replace. 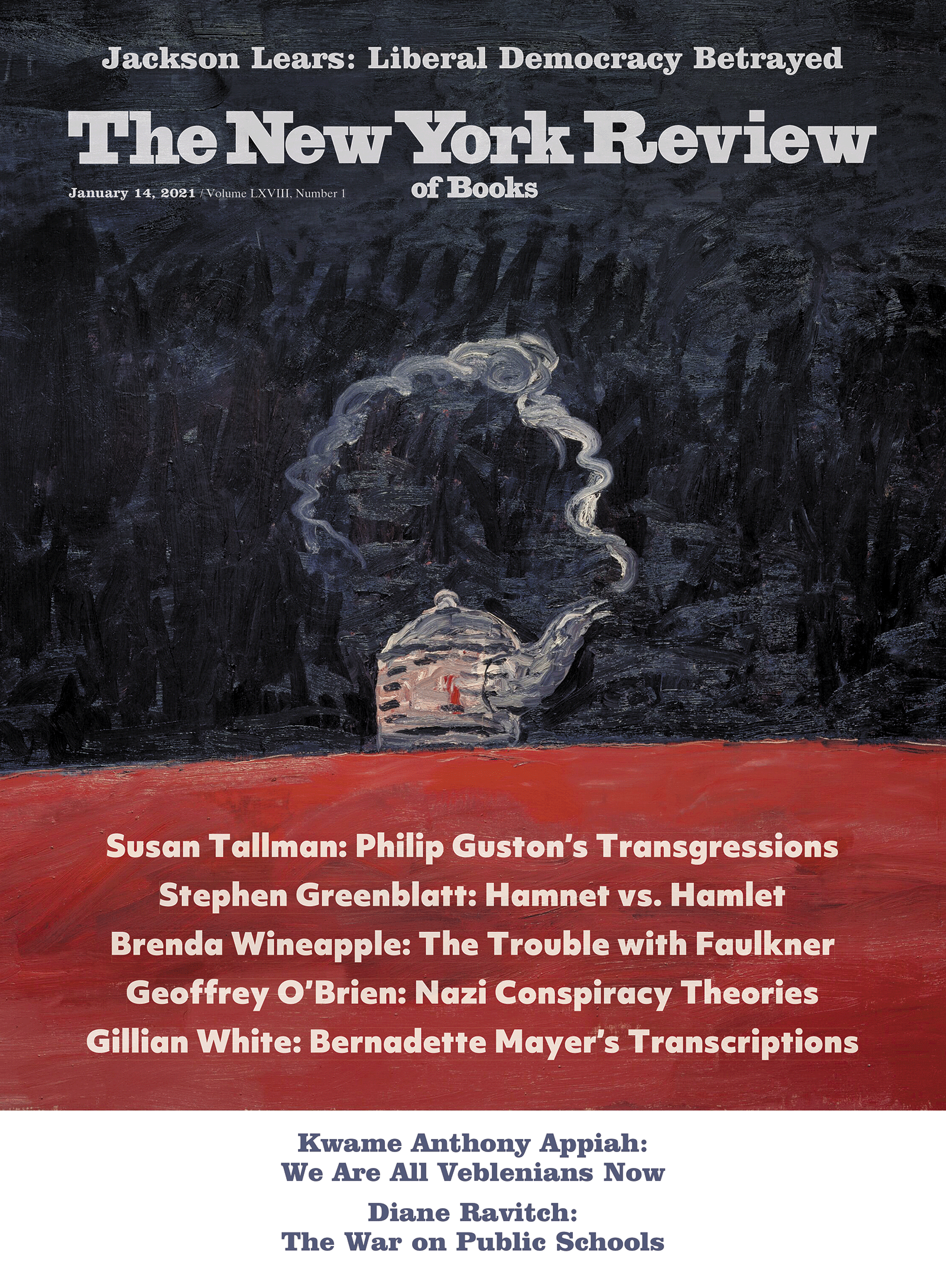 Louise Glück’s most recent poetry collection is Faithful and Virtuous Night, which won the National Book Award. A new collection, Winter Recipes from the Collective, will be published in the fall of 2021. She is the 2020 Nobel Laureate in Literature.  (January 2021)