One of the joys of Mere, the new book by the cartoonist C.F., is how thoroughly it resists categorization, or even basic explanation. C.F is best known for Powr Mastrs, an ongoing, fascinatingly strange fantasy series with heavy doses of abstraction, barely comprehensible mysticism, and weird eroticism (one plot culminated in an extended sex scene with a squid). Mere, a collection of mini-comics C.F. produced over the course of 2012, is if anything even more odd: a tour through a wide variety of familiar comic book genres, from horror and science fiction to a cheery, kid-oriented “suicide prevention comic,” that manages to make each seem more alien and nonsensical than the last.

At times it’s hard to tell if C.F. is paying tribute to comics’s pulp history, or viciously parodying the very idea of telling a story with pictures. “TYMN,” a “cyborg story,” starts off with a lovely Jack Kirby-like cover, then breaks down into meaningless, repetitive violence. “Frel,” the “suicide prevention comic,” seems to have rearranged its panels into a random order, and never gets much farther than repeatedly introducing its grinning, bulbous title character. The comics build themselves up from smears and doodles, break for a moment into coherent action, then suddenly veer back into abstraction, or just stop. And yet they manage to be funny, disturbing, and often quite beautiful. C.F.’s drawing is rougher and more casual here than in Powr Mastrs, but it retains the mix of elegance and primitivism that makes his work so distinctive. His faces have at once a gleeful, scary intensity and an almost Victorian formality. His explosions are elegant, flower-like abstractions. A goofy little scene of man’s head being literally “blown off” looks like it was drawn in about ten minutes, but is a small masterpiece of pacing and varied perspective. As C.F. put it, attempting to explain the book in an interview, “The simplest-looking things are sometimes the hardest to do.” 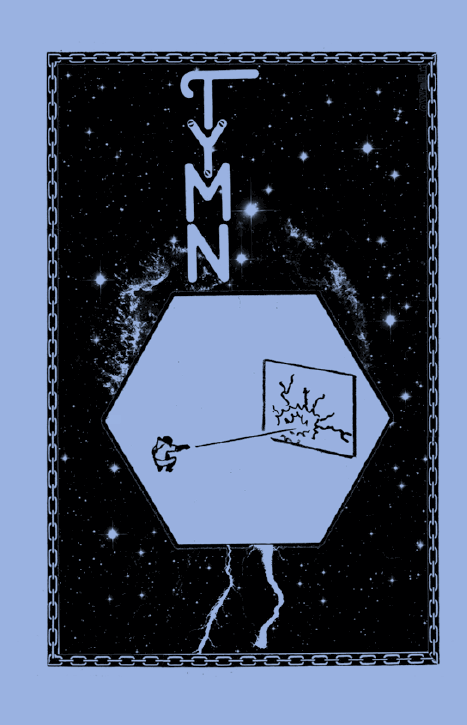 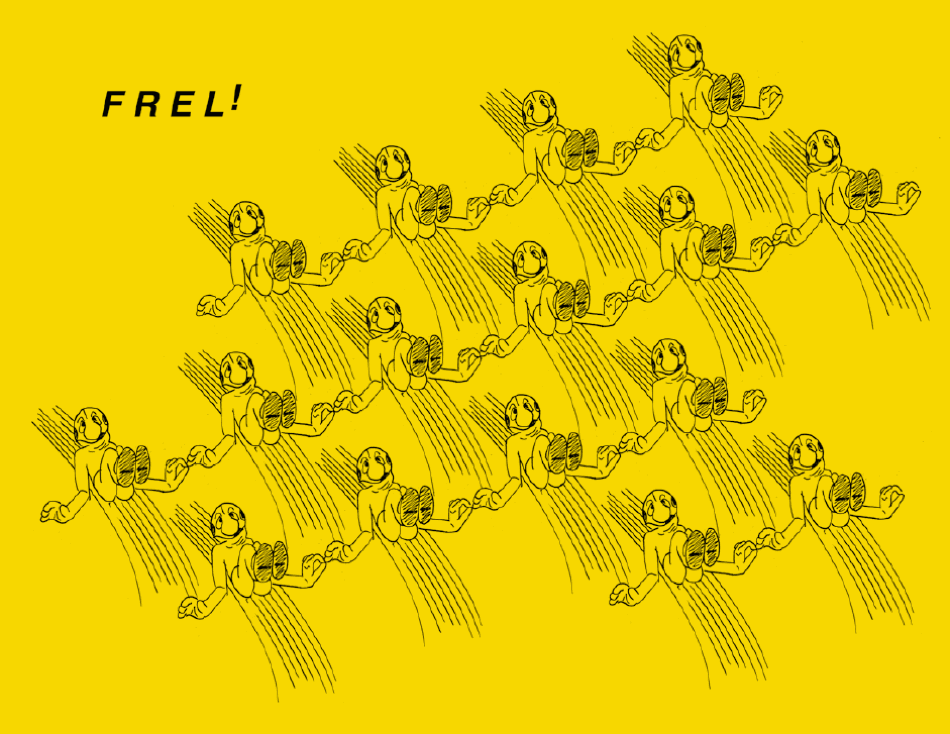 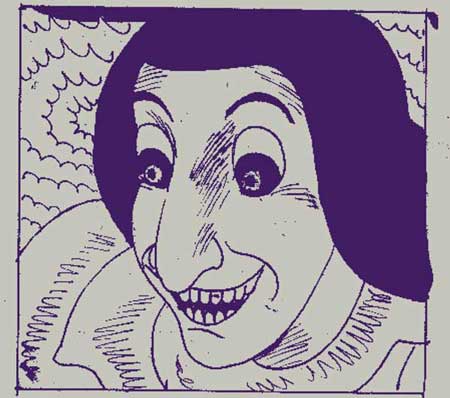 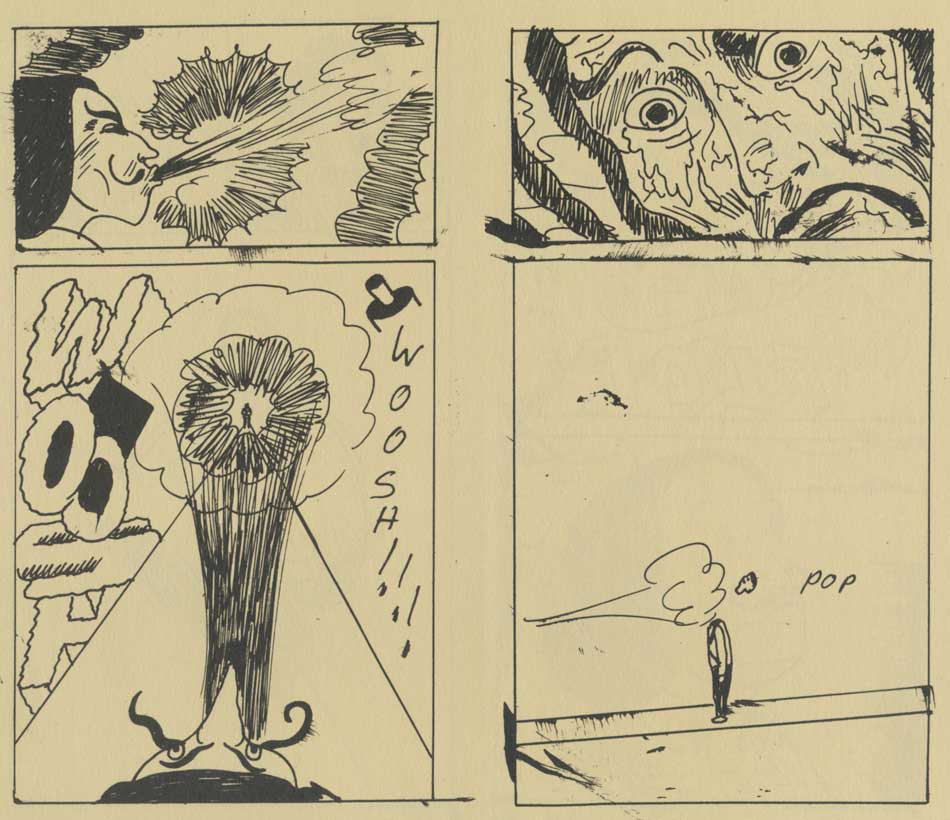 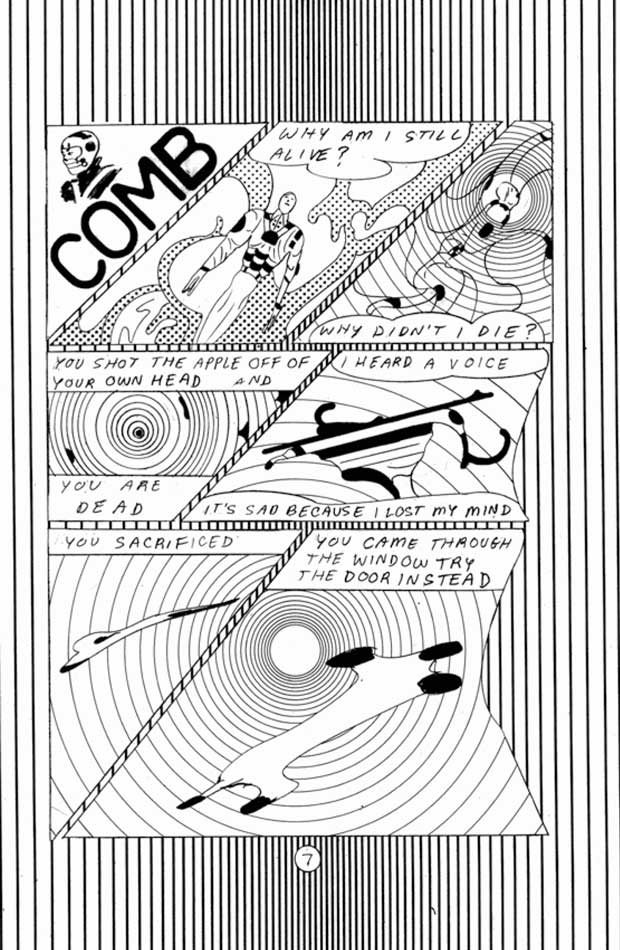 Gabriel Winslow-Yost’s piece on Chris Ware, “A Triumph of the Comic-Book Novel,” appeared in The New York Review’s December 20, 2012 issue. C.F.’s Mere is published by PictureBox.

The video game The Stanley Parable is about what it means to be free in a tightly constrained simulated world.

The video game The Stanley Parable is about what it means to be free in a tightly constrained simulated world.

Gabriel Winslow-Yost is on the editorial staff of The New York Review. (August 2022)