As so often in Mexico, as in so many other countries, there are cities in Russia that at first might seem frozen in time, immobilized at the instant they were imagined, at the moment of their greatest splendor, with the traces of that bygone age perfectly visible on the façades of buildings, in the layout of the streets. They are like those gentlemen who wear the same suit for years, the same impossible spectacles, without seeming to notice, installed in the past. Akademgorodok, the celebrated city of scientists, on the outskirts of Novosibirsk, seems to have stepped right out of the 1960s, when the utopia of communism still seemed possible; its triumph just around the corner. Soviet science had put the earth’s first artificial satellite in orbit in 1957, the very year in which Akademgorodok was founded, a sort of hippie colony avant la lettre—as I am tempted to call it—whose principal aim was total dedication to science.

The site chosen, on the right bank of the stately Ob, in a virgin forest of conifers and birches, corresponded to this idea of spiritual retreat. The original idea, the final push, and the execution of the project were the work of virtually one man, Mikhail Lavrentyev (1900–1980). It was he who convinced his bearded colleagues—mathematicians, physicists, biologists—to accompany him to distant Siberia. Entire collectives of scientists from Moscow and Leningrad joined in the adventure. In 1960, the rest of the more than forty laboratory-institutes of the present-day Aakademgorodok went into operation.

As in the university towns of the United States, scientific activity dominates the entire life of Akademgorodok. The next thing the visitor encounters upon arrival is a long fence with the following words painted on it: “The power of Russia shall multiply thanks to Siberia,” words attributed to Mikhail Lomonosov, the first of the great Russian scientists. The visitor is taken to see the Dom Uchyonykh or “House of Scientists,” a mix of concert hall and conference center. Among the few attractions of the city are doubtless the woodlands, the skimpy shopping center, and, on the few summer nights, the woodlands again. The city’s strong suit is definitely the countless laboratories, standing whitewashed among the trees. The first is that of Nuclear Research, founded in 1958 by Gersh Budker, one of Lavrentyev’s close collaborators. Its squat appearance does not, however, reflect its importance. What one sees is actually the tip of the iceberg: it consists of underground floors and more floors of arcane installations, a veritable labyrinth of endless tunnels where it is very easy to get lost.

Looking at Pablo Ortiz Monasterio’s magnificent photos, it is difficult, however, to form an idea of what exactly is done in this laboratory. Nor can anything be deduced from the brief explanation on the institute’s website. Nonetheless, I will note it here for the benefit of readers-viewers: the scientists are engaged in researching the nature and behavior of elementary particles with the help of electron-positron colliders. They also carry out research in electron and photonuclear physics by means of particle storage rings and, lastly, they study plasma physics and controlled nuclear fusion reactions.

Knowing the secretiveness of the Russians, and their inveterate suspicion of foreigners, it is easy to imagine the degree of cleverness and tenacity the Mexican photographer would have had to demonstrate in order to move about in the depths of this world with a camera in his hand. I don’t think the installations were ever visited by outsiders during the cold war, and they are not exactly a tourist destination today, though Russia opened its borders years ago. Monasterio’s formidable images are one of the few graphic records of these installations in existence and without a doubt the most eloquent photographs ever taken of them. They also constitute a document of unique importance. It was in these Spartan conditions that the Soviets performed their scientific exploits. The laboratory remains one of the most prestigious in its field anywhere in the world. There is a lesson here, namely, that high-quality science can also be done outside of the First World. 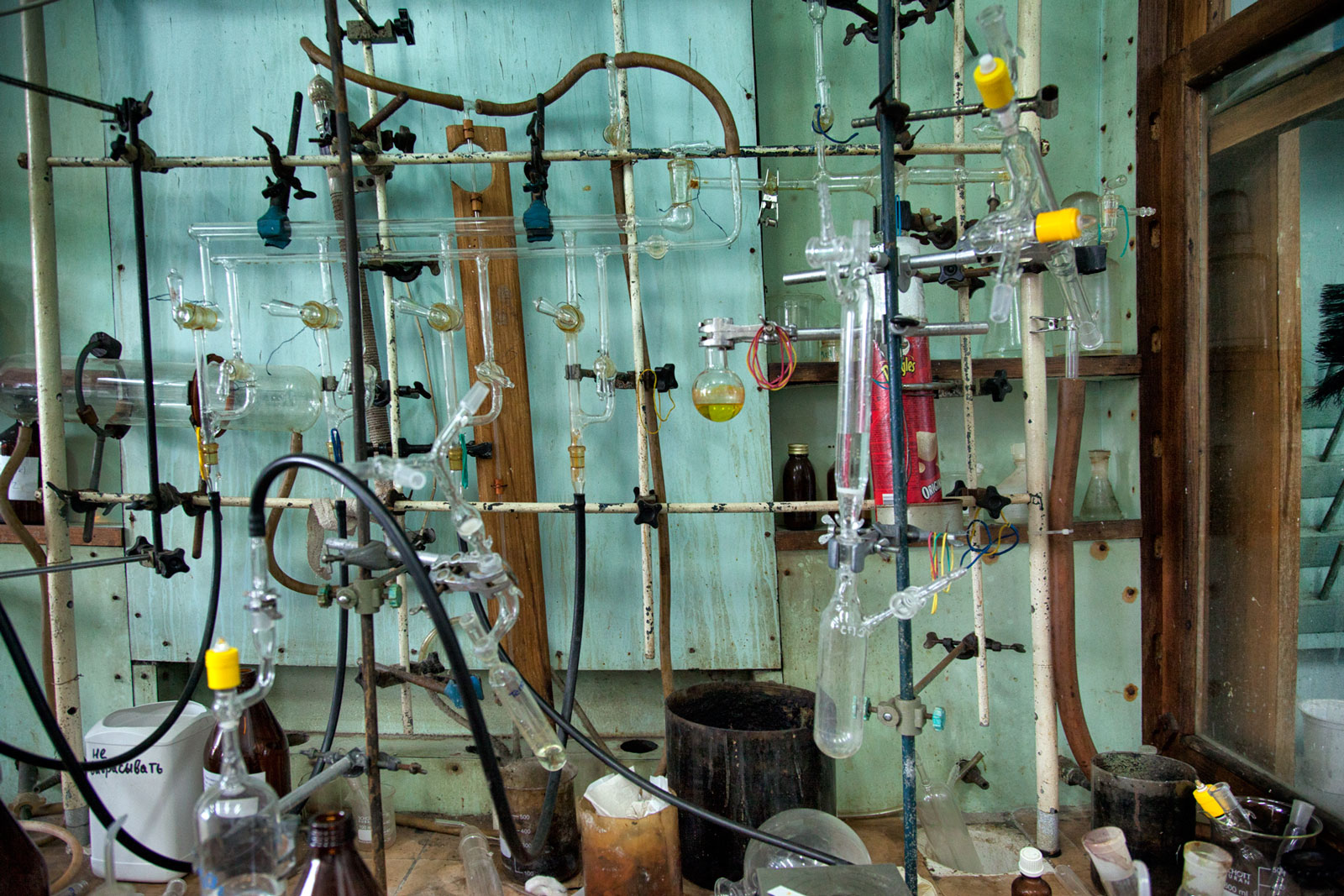 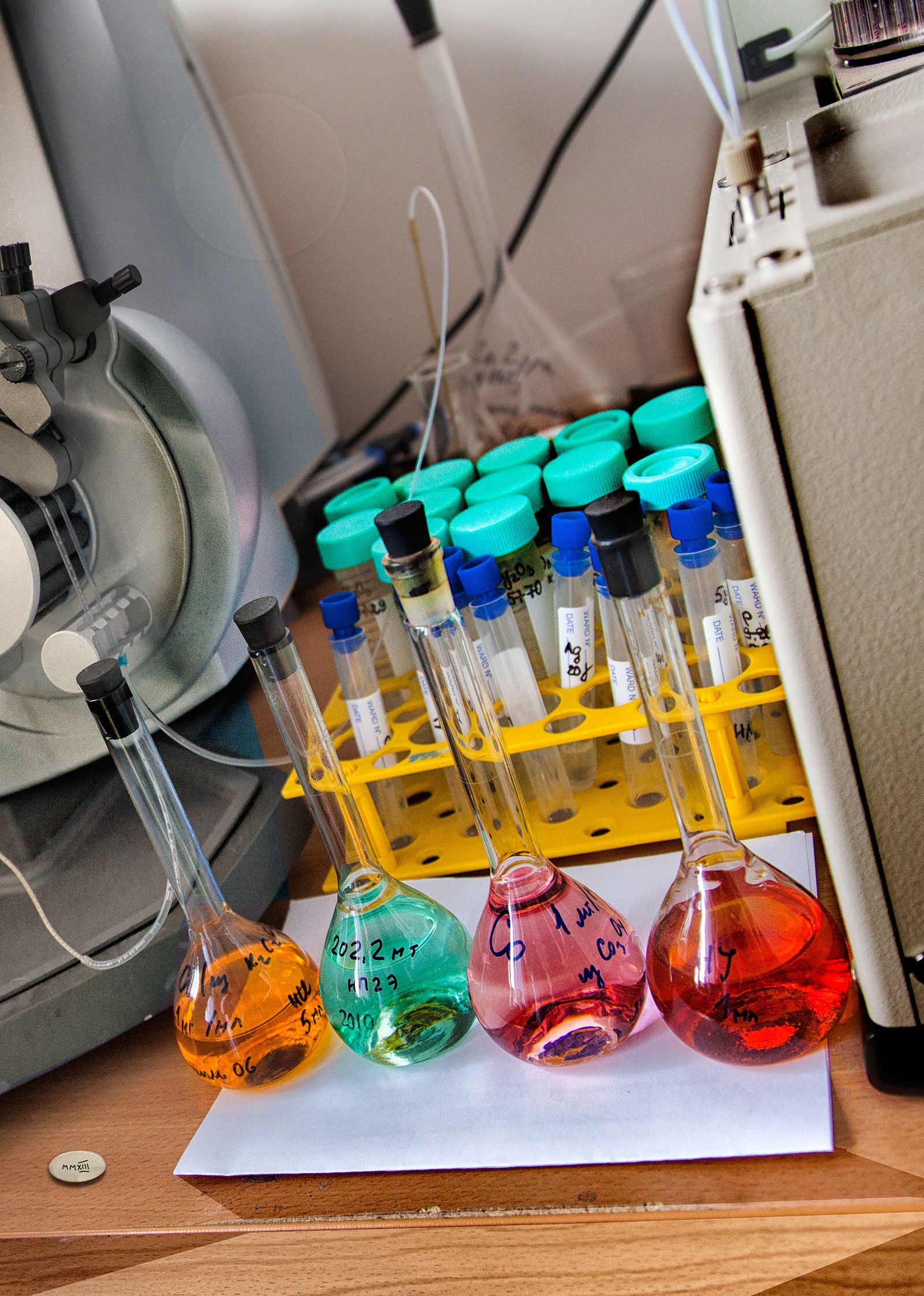 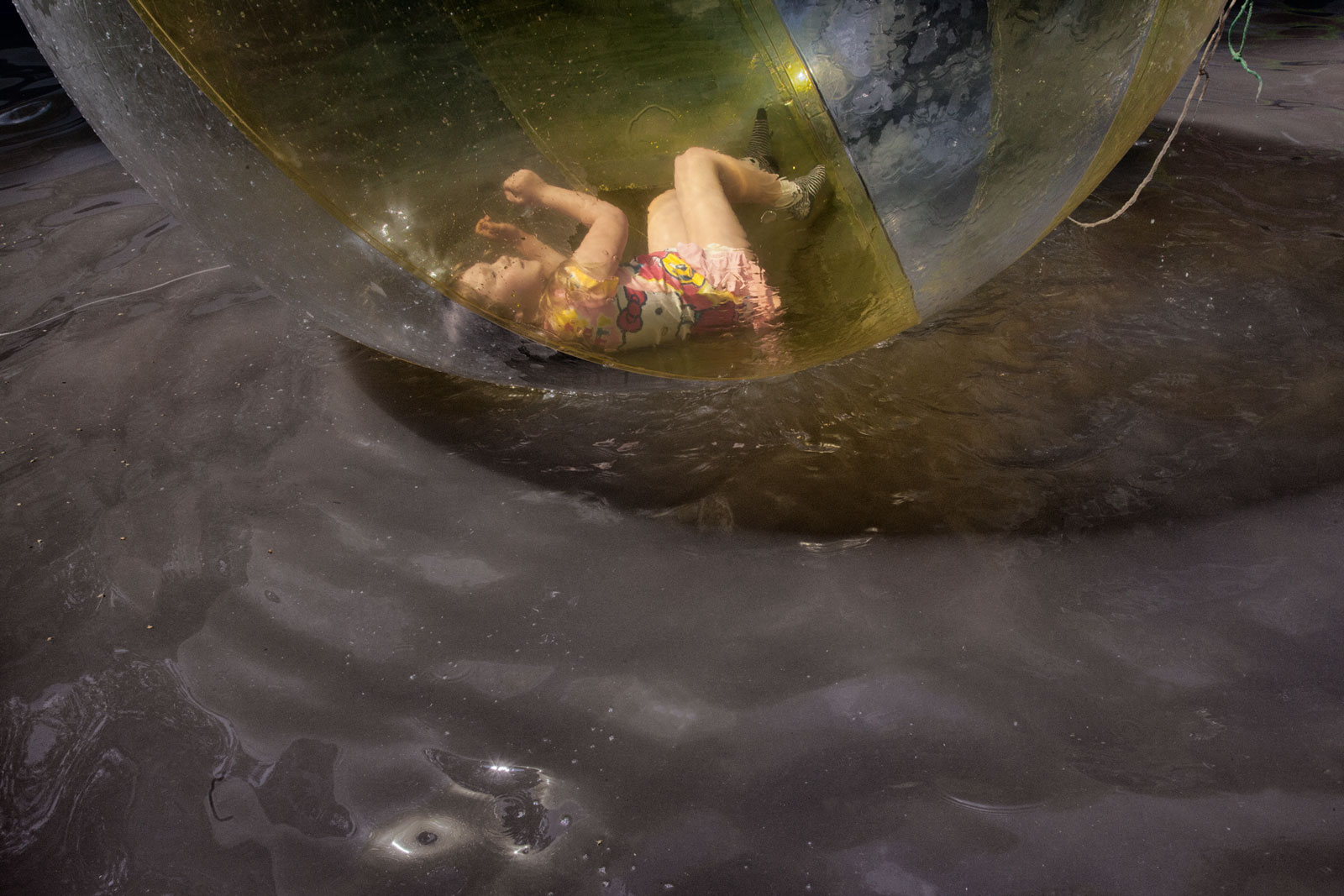 Girl playing in a park, Novosibirsk, 2014 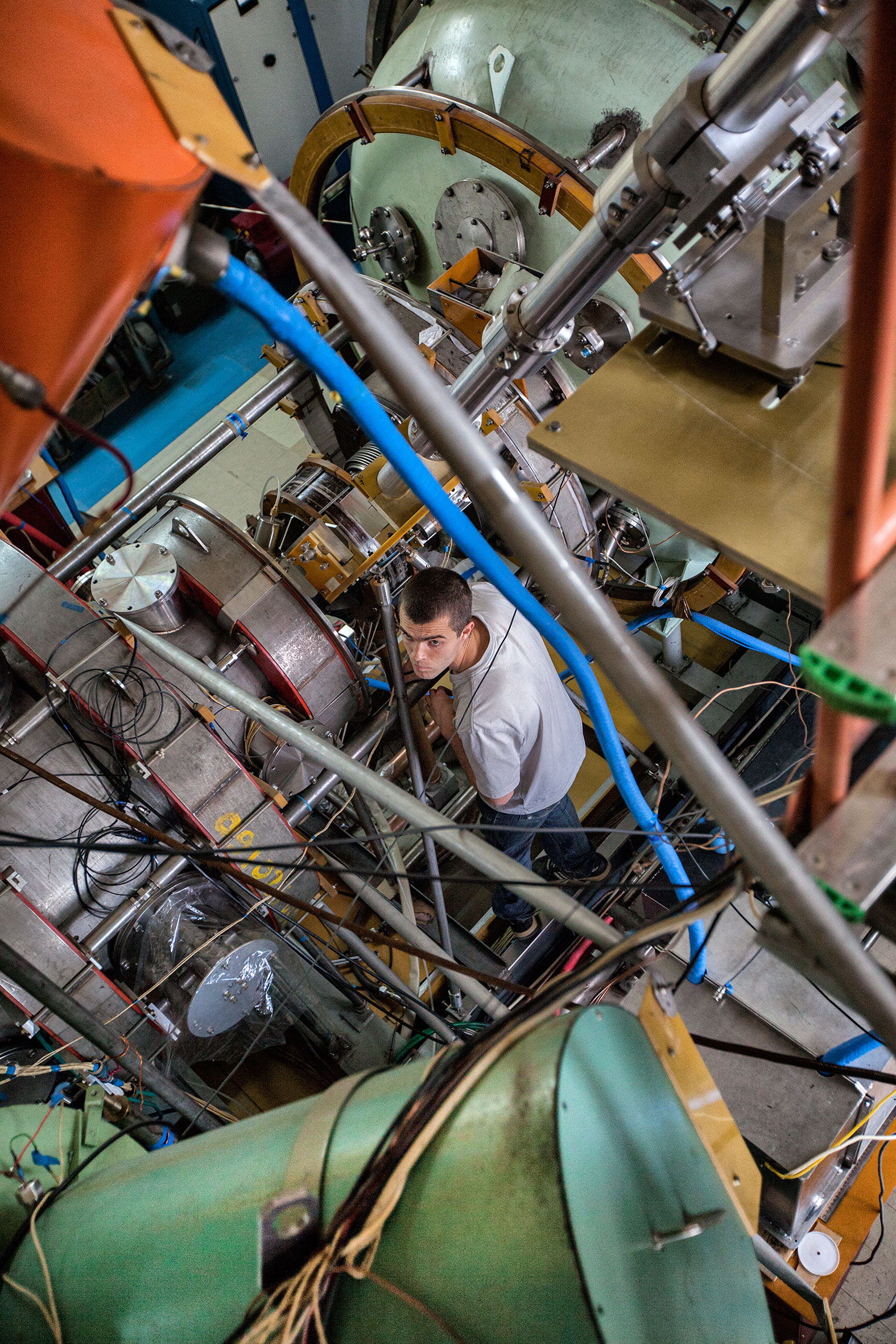 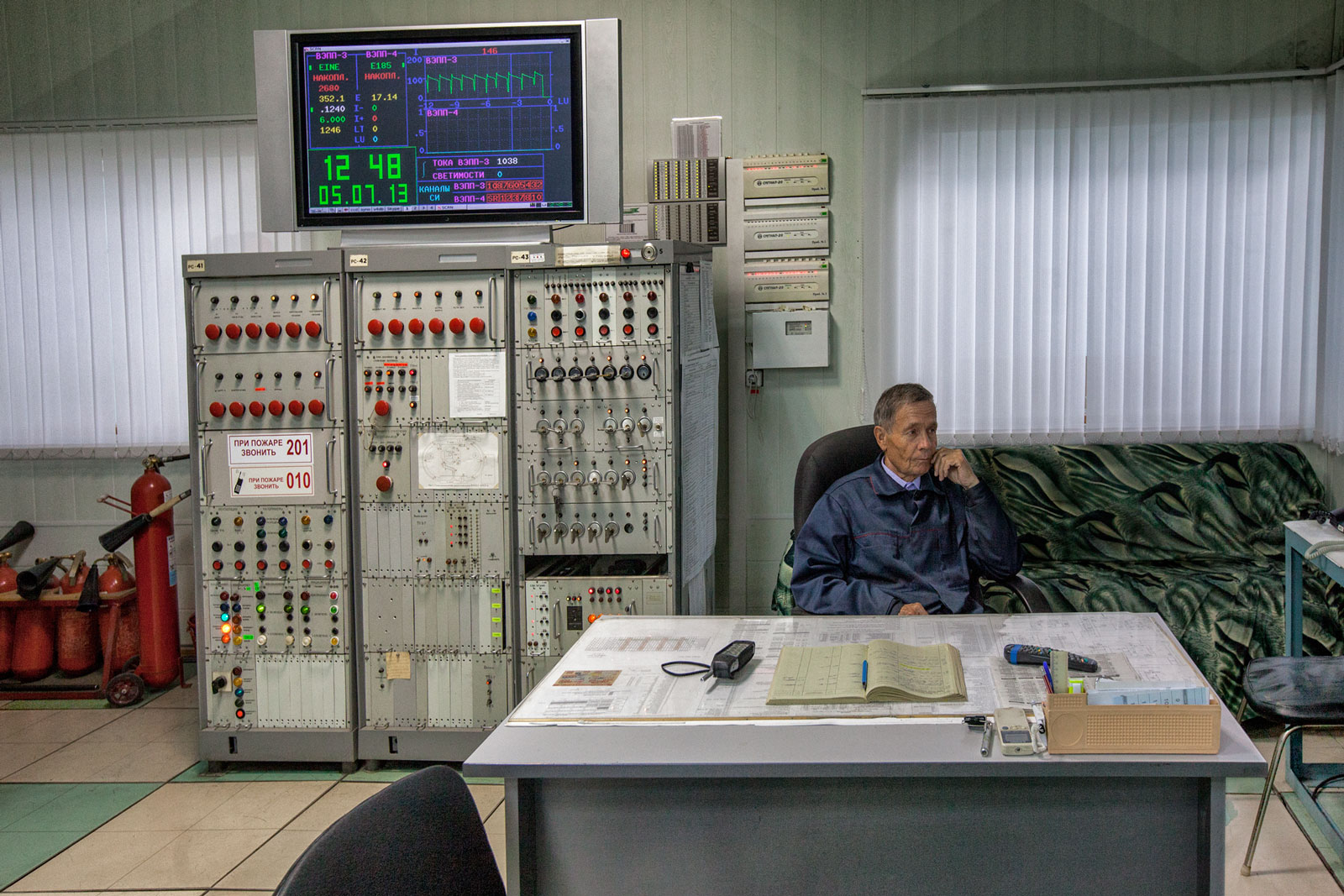 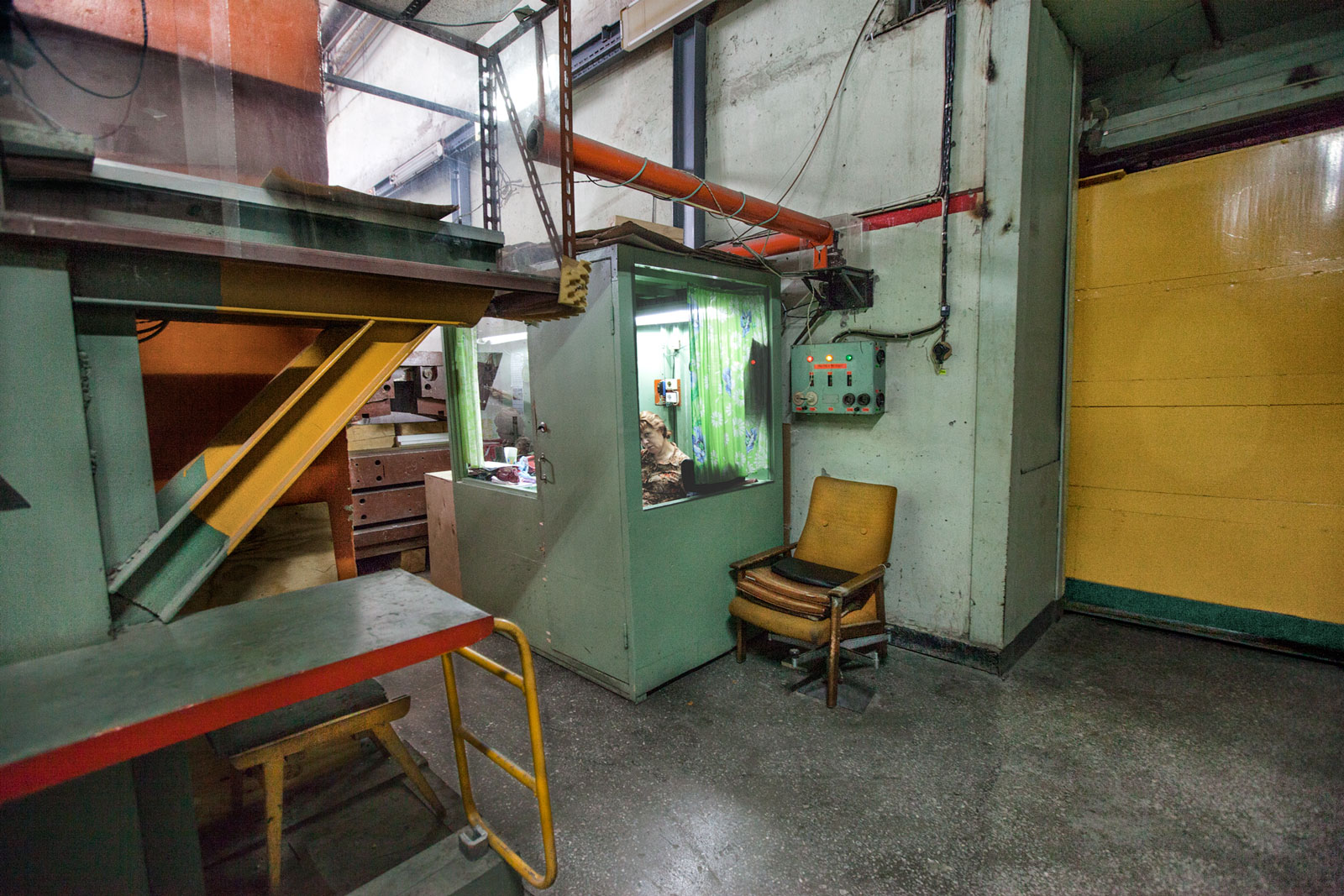 A guard at one of the stations of the Particle Accelerator, Nuclear Physics Lab, Akademgorodok, 2014 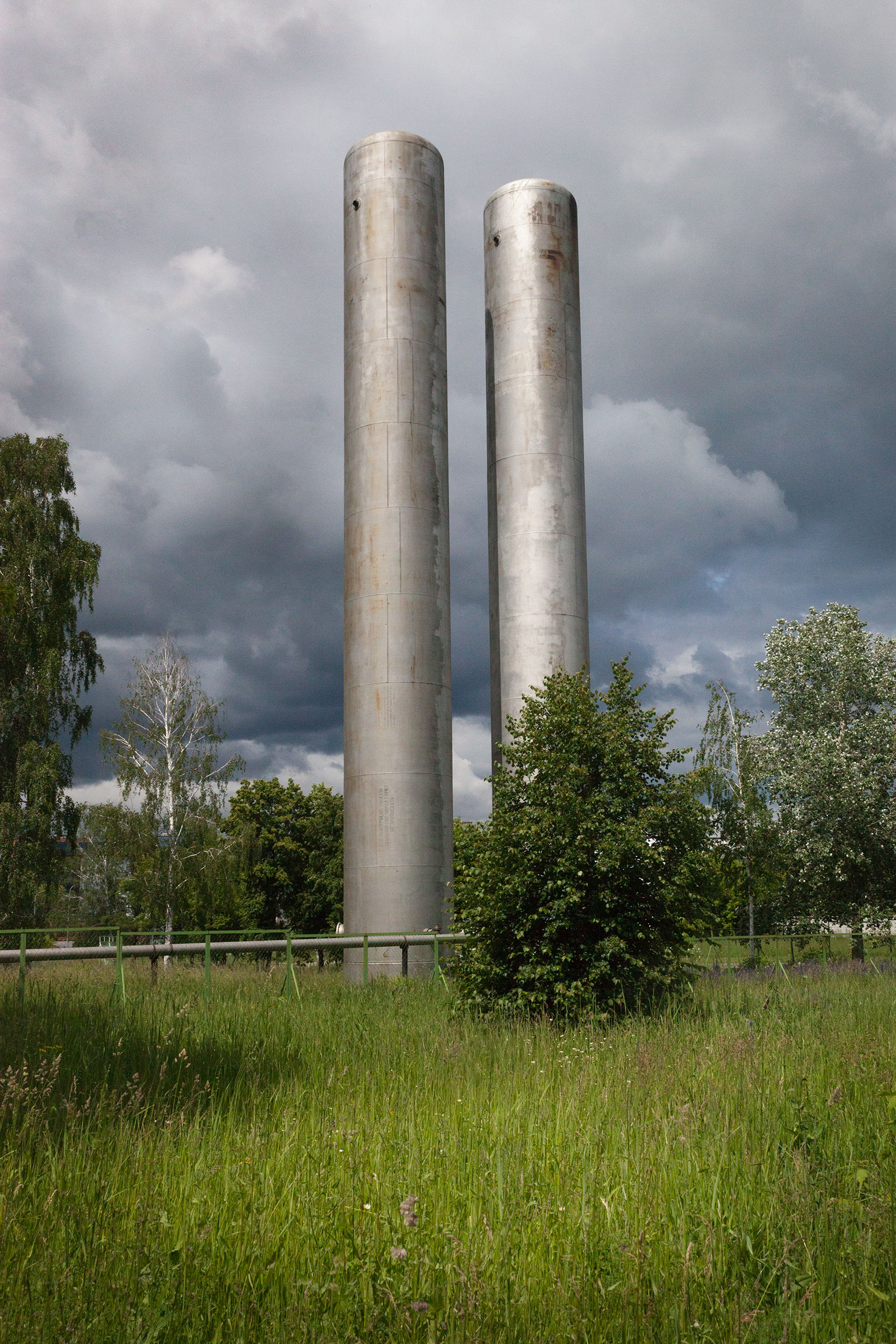 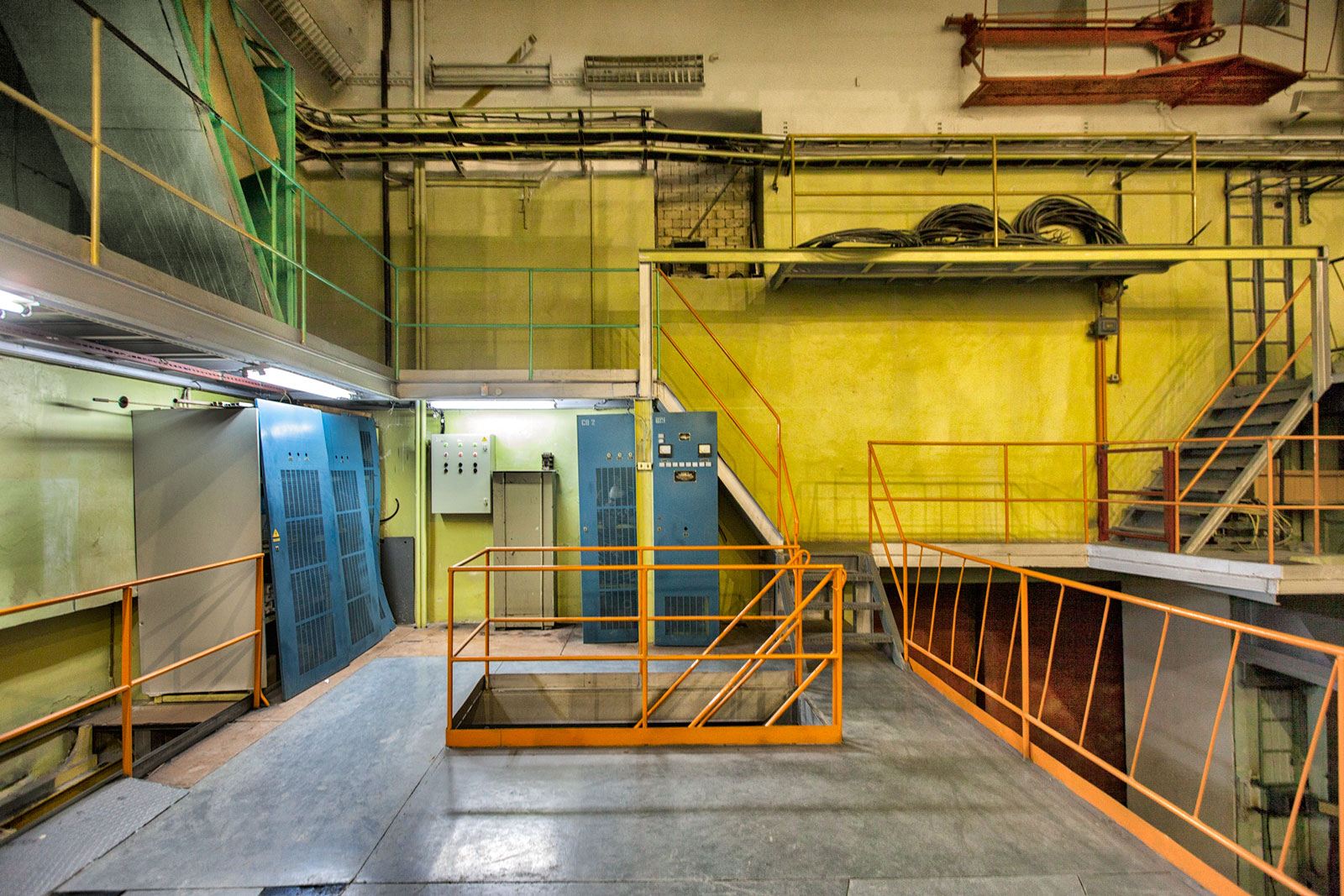 Platforms over the accelerator, Akademgorodok, 2014

There is something else that does not appear in these photos, that could not appear, and that deserves to be mentioned. Many of the main ideas of perestroika emerged for the first time from laboratories like these ones. Soviet science, Soviet laboratories were genuine islands of freethinking. Accustomed to thinking for themselves, the scientists had begun to draw conclusions about the failed communist experiment. The celebrated Andrei Sakharov is perhaps the best example: alongside his very successful career as a nuclear physicist, Sakharov found time in 1968 to write what would become one of the most influential essays of the Soviet dissidence: “Progress, Peaceful Coexistence, and Intellectual Freedom.” The greatest dissident of Soviet Russia, the writer Alexander Solzhenitsyn, was a mathematician by profession. Solzhenitsyn documented his life as a scientist captive to Stalinism in The First Circle, one the best novels ever written about the relationship between totalitarianism and science.

What is most astonishing about this genuine relic of Soviet science that Monasterio has brought to light, apart from the very Seventies-ish psychedelic palette, is the precarious nature of the installations, the austere conditions in which the scientists worked and lived. None of those immaculate laboratories illuminated by fluorescent lighting that Hollywood has made us come to expect. Unplugged science, I might be tempted to call it, if it were not for the tangles of cables that appear in so many of the images.

The dissolution of the Soviet Union in 1991 was a sharp blow to Russian science. It certainly continues to win international prizes, but it is the shadow of what it once was, operating now on a meager 1 percent of GDP, whereas the Soviet colossus invested 7 percent. The shrinking of human capital has also been considerable. Many scientists have gone into more profitable fields. Under communism, when private property was anathema and going into business for oneself was not an option, science attracted the most enterprising; it was a field where one’s talent and originality could be displayed. That is no longer necessary: many of Russia’s foremost oligarchs come out of the world of science. The best-known case is Boris Berezovsky, a mathematician by profession and former member of the Soviet Academy of Sciences.

There is something heroic about these scientists, buried in the depths of their tunnels, entrenched behind their particle colliders. A large dose of romanticism, of devotion, even of poetic brio is required. The pleasure of doing science. So palpable, so visible. In these laboratories. And whatever there may be in all that—who would have thought?—of Mexican festiveness, or even of visual drunkenness. A tamed, a humanized science, Monasterio seems to say.

A number of my physics teachers at Harvard had been at Los Alamos during the war and had essential parts in building the bomb. But none of them ever said anything about it, at least not to me.

Oppenheimer: The Shape of Genius

Ray Monk’s ‘Robert Oppenheimer: A Life Inside the Center’