What, another Hamlet? There must be a zillion already: Slang Hamlet, First Folio Hamlet, Compressed Hamlet, No Fear Hamlet. Into this field, I toss Hamlet: Prince of Pigs, a Tragicomic. Why a comic? Because comics and plays are twin arts. Both use visual cues as much as words. Both have abrupt breaks between scenes. And their words are mostly dialogue.

Why a pig? In the name “Hamlet,” I hear little ham, little pig. And the pig pun fits! In Shakespeare’s day, if you wanted to mock the king, you’d put on a pig mask. The “swine-snouted king” was a stock figure of fun.

Once Hamlet’s species was set, I hewed to a one-family, one-species rule for the rest of the cast. Thus Hamlet’s uncle, Claudius, the murderer, “the bloat king,” is a big fat pig. Hamlet’s mother, Gertrude, is a pig with lipstick. Ophelia is a cat because cats don’t do well in water. So her father, Polonius, and her brother, Laertes, are cats, too. For minor characters, I followed a one-profession, one-species rule. Gravediggers are dogs because dogs are excellent diggers. The players are mice because their play is “The Mousetrap.” The sentries, including Horatio, are rats because, well, rats look handsome in helmets. 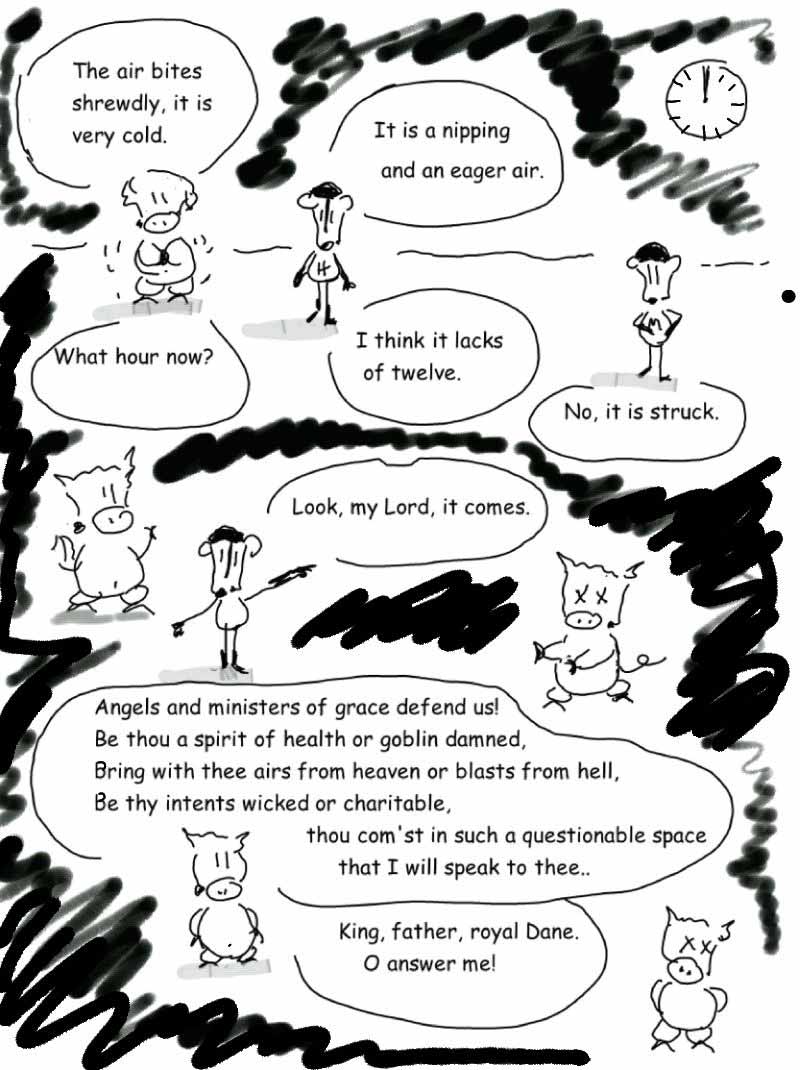 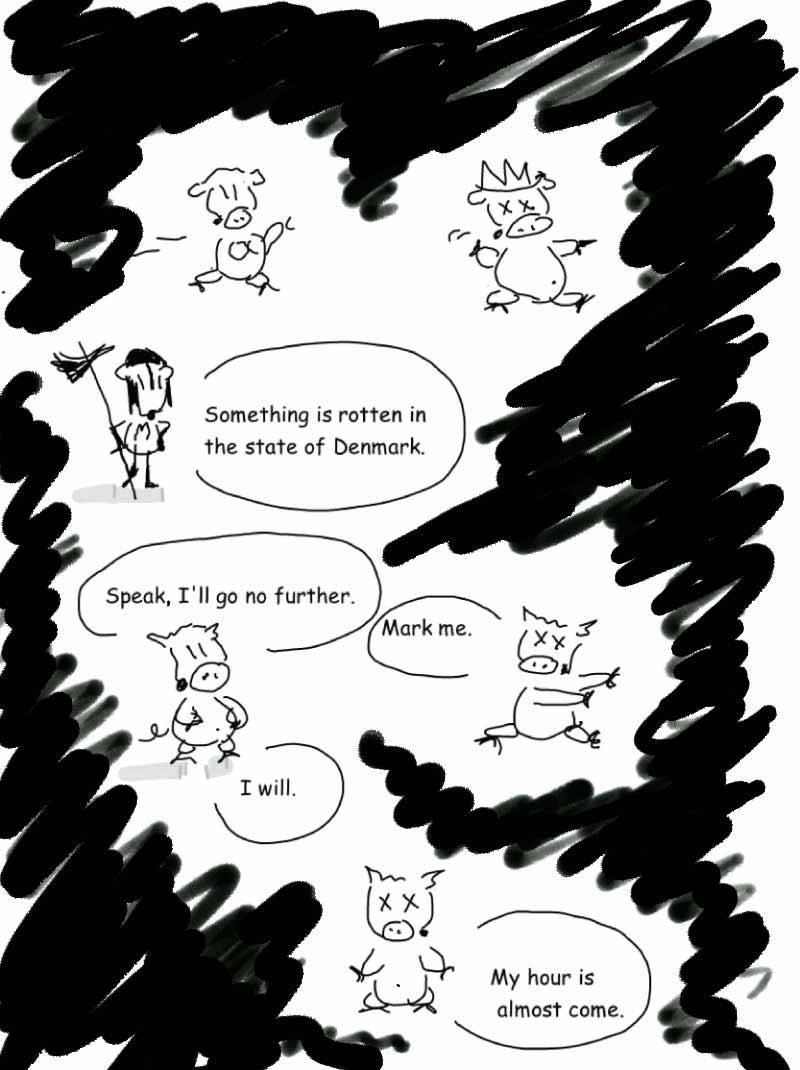 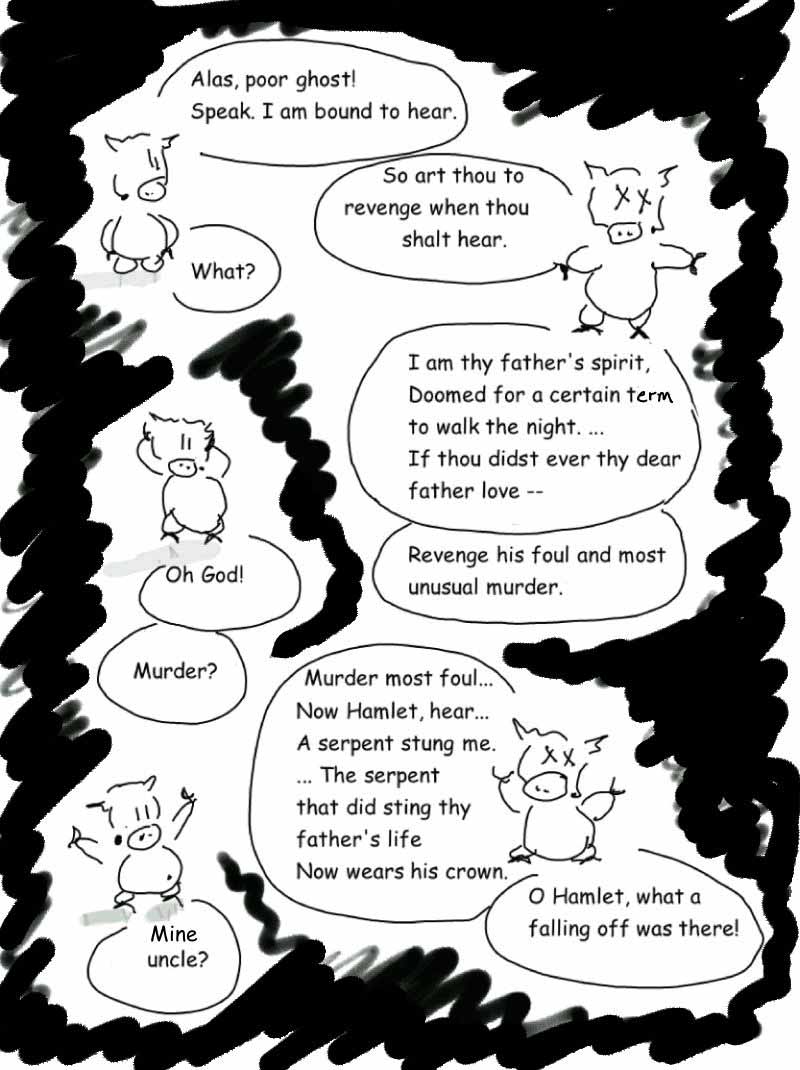 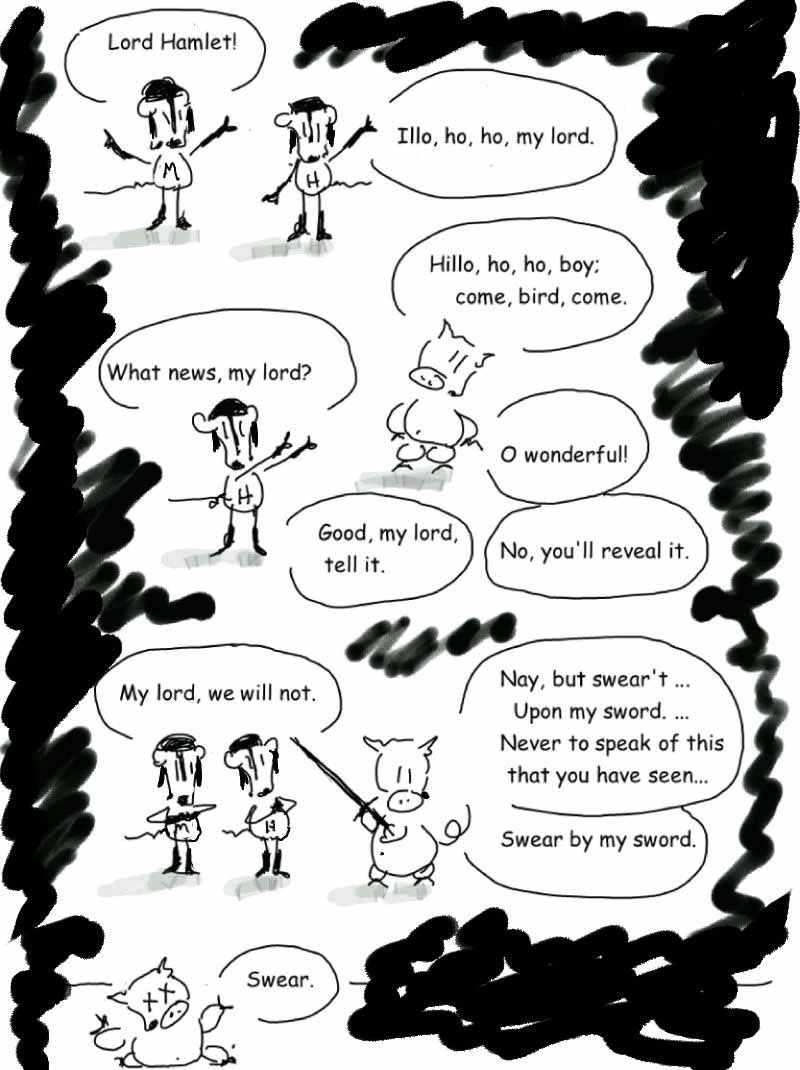 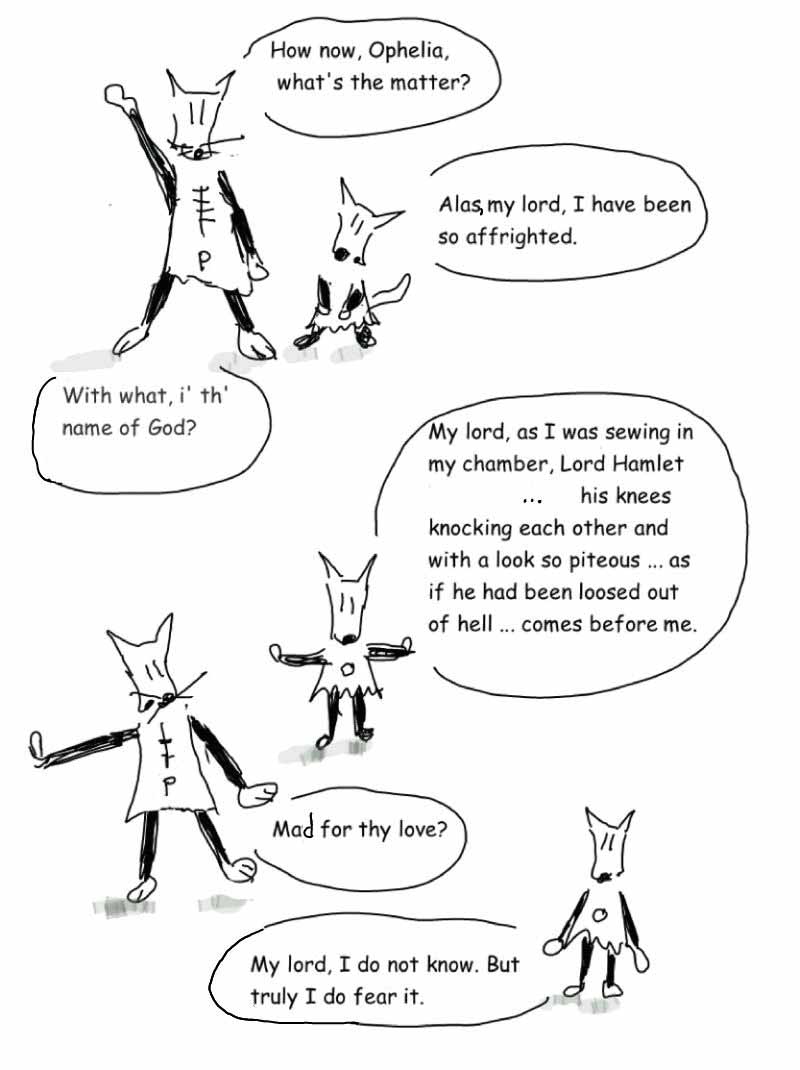 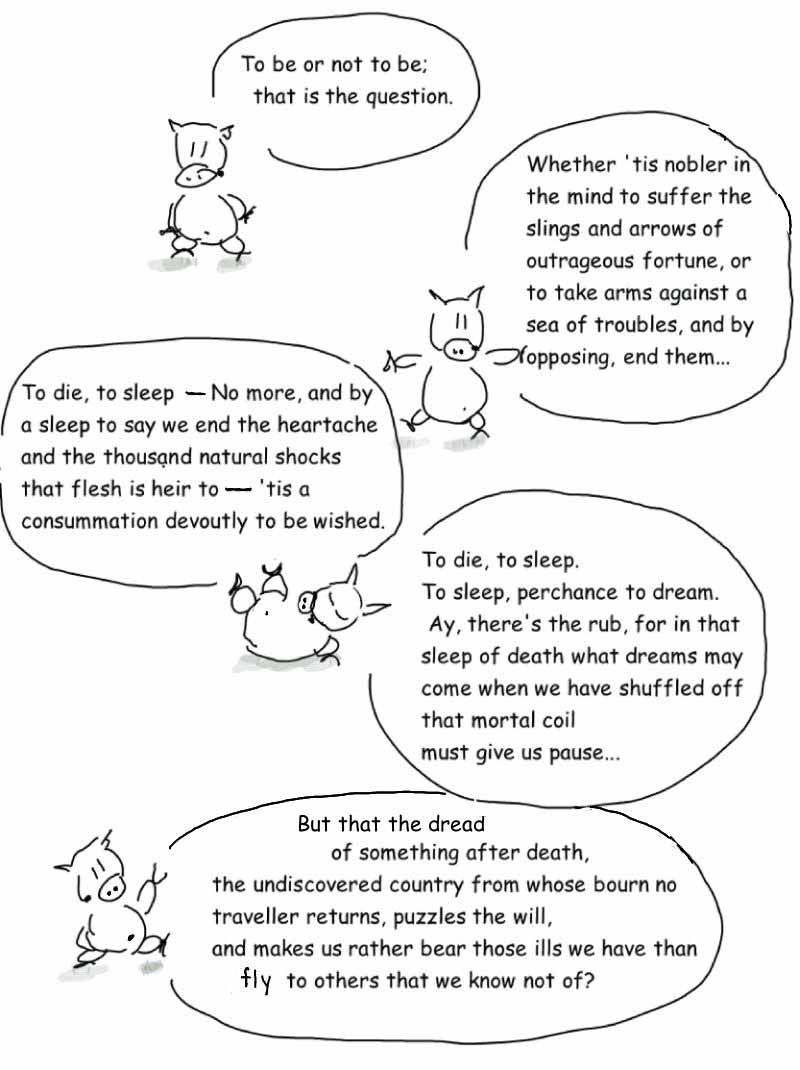 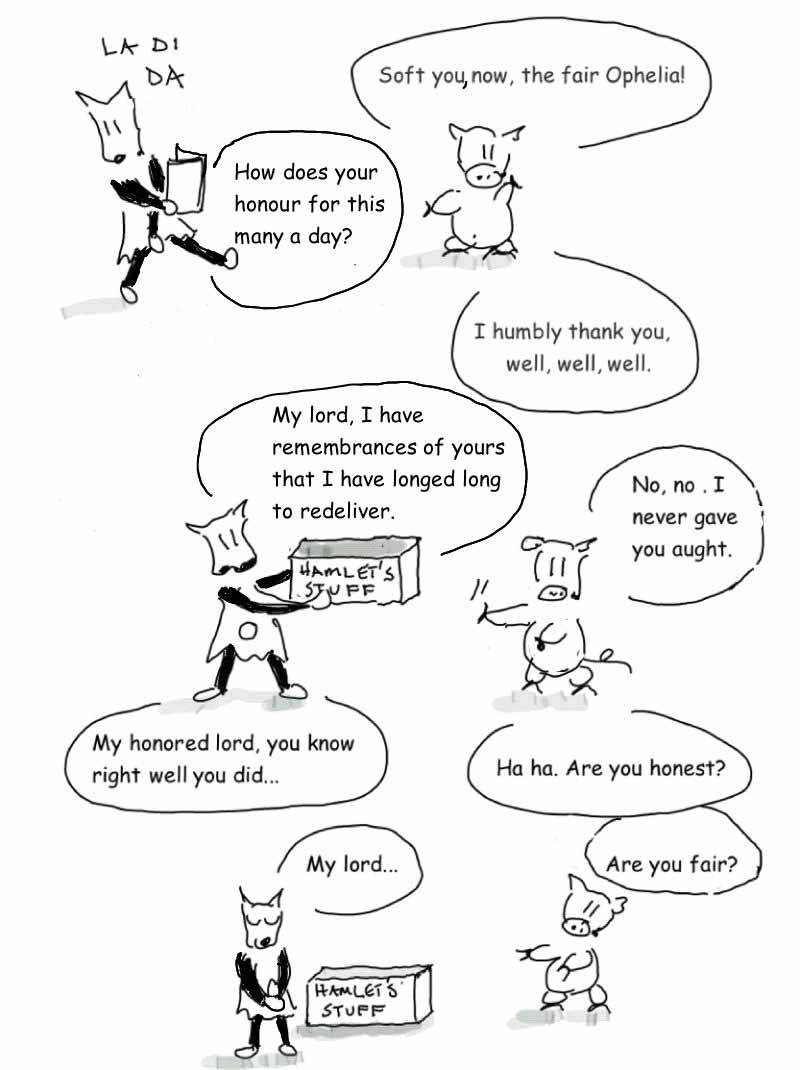 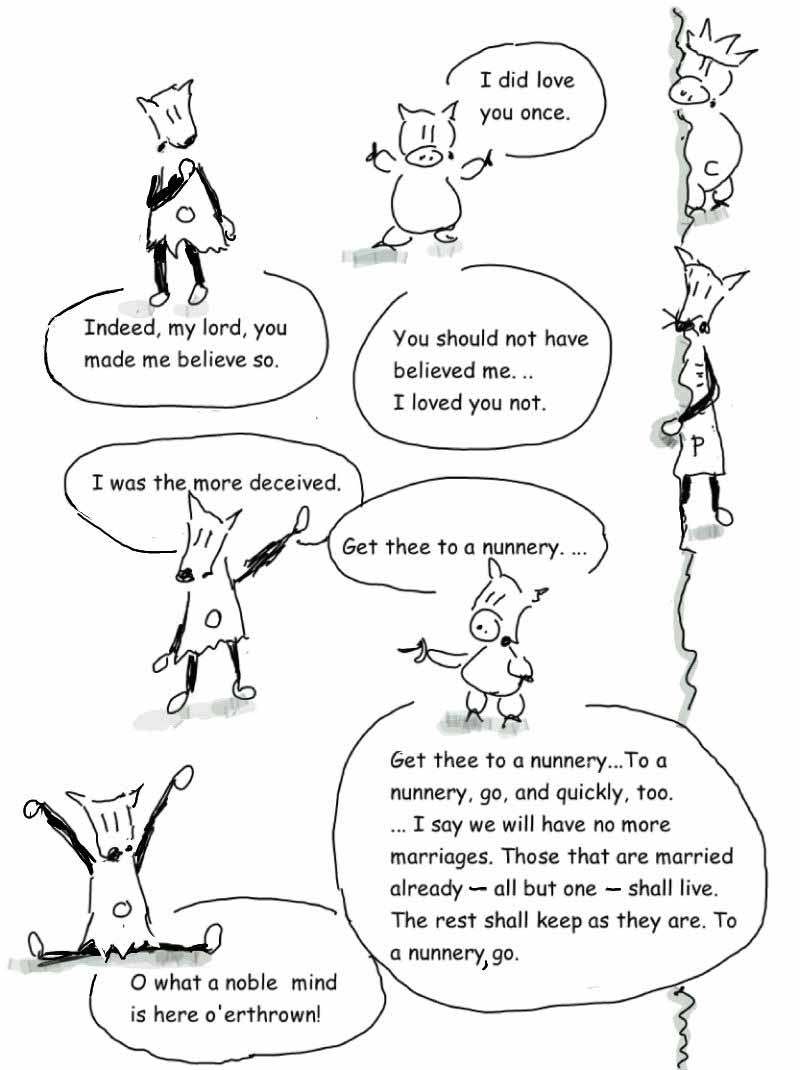 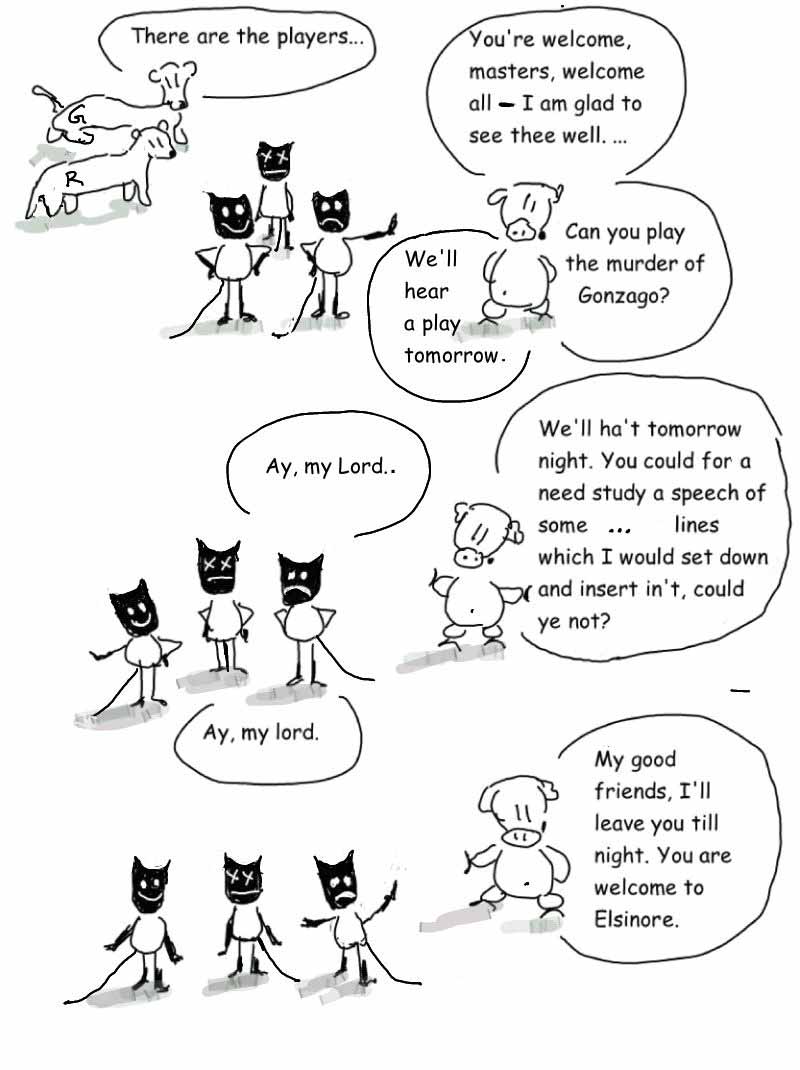 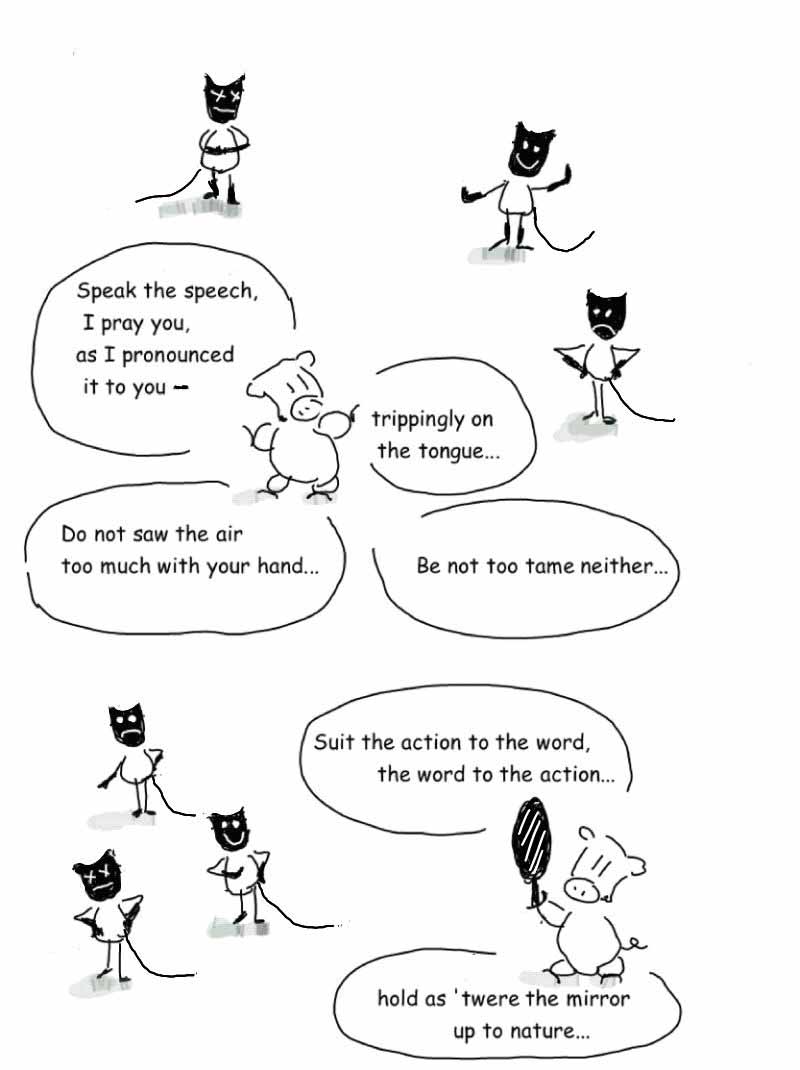 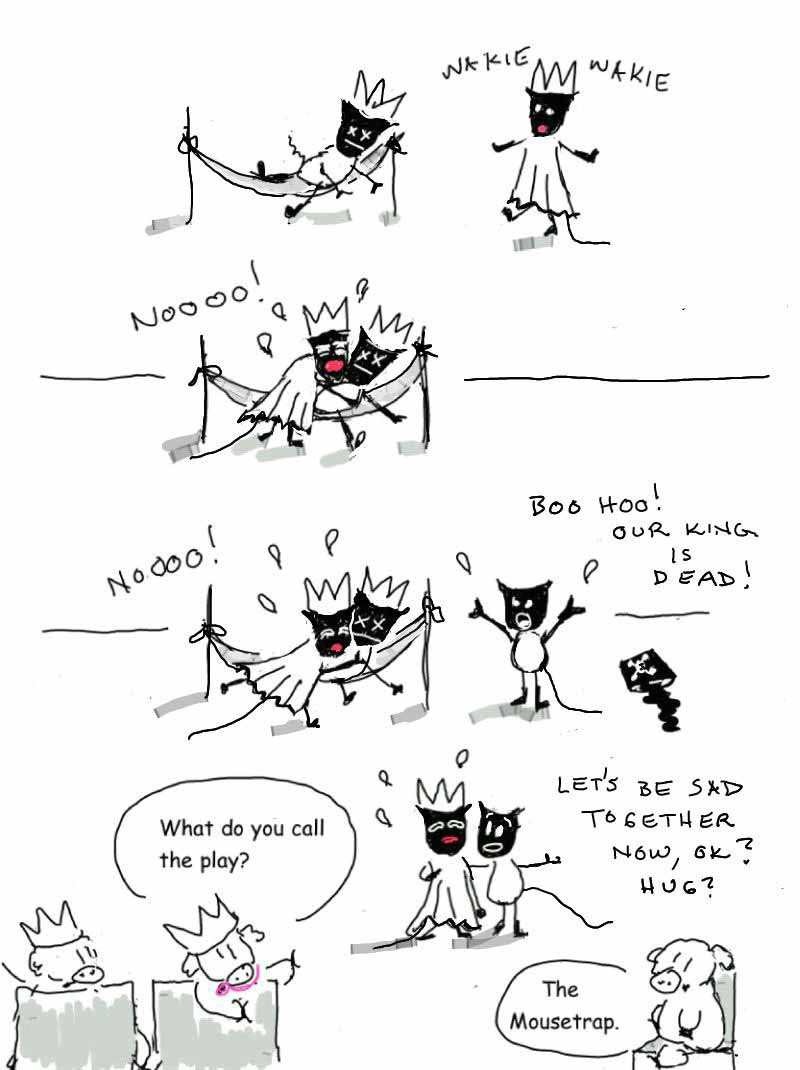 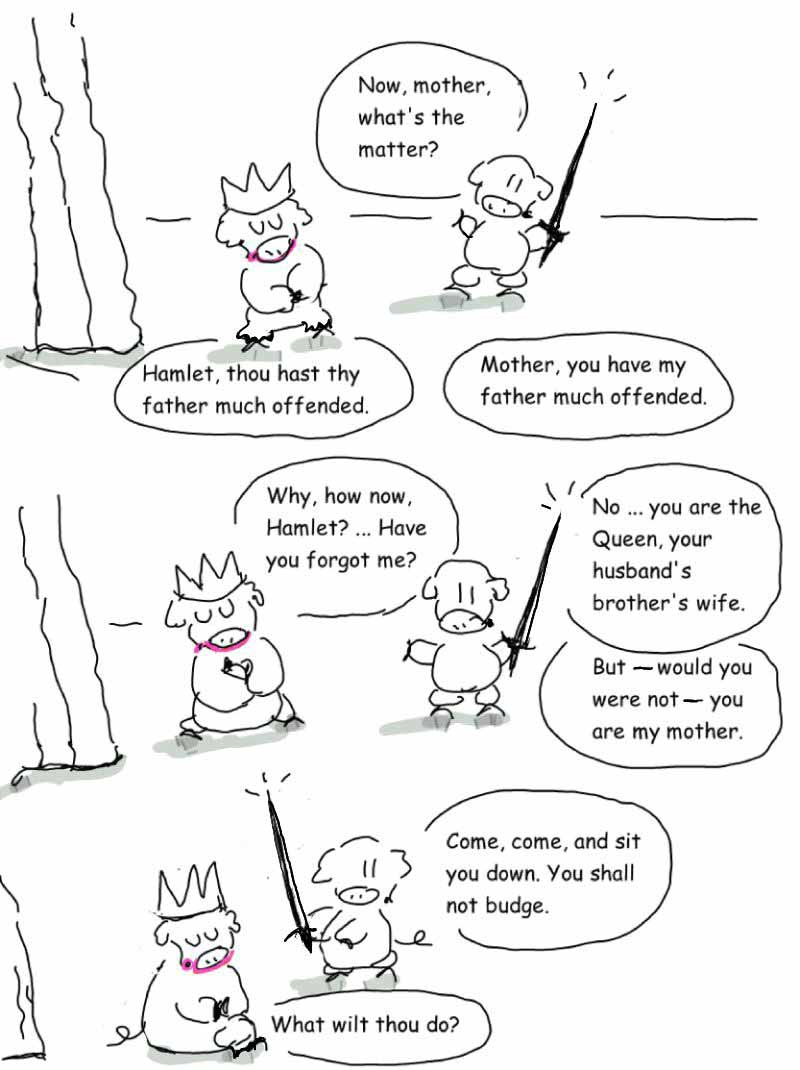 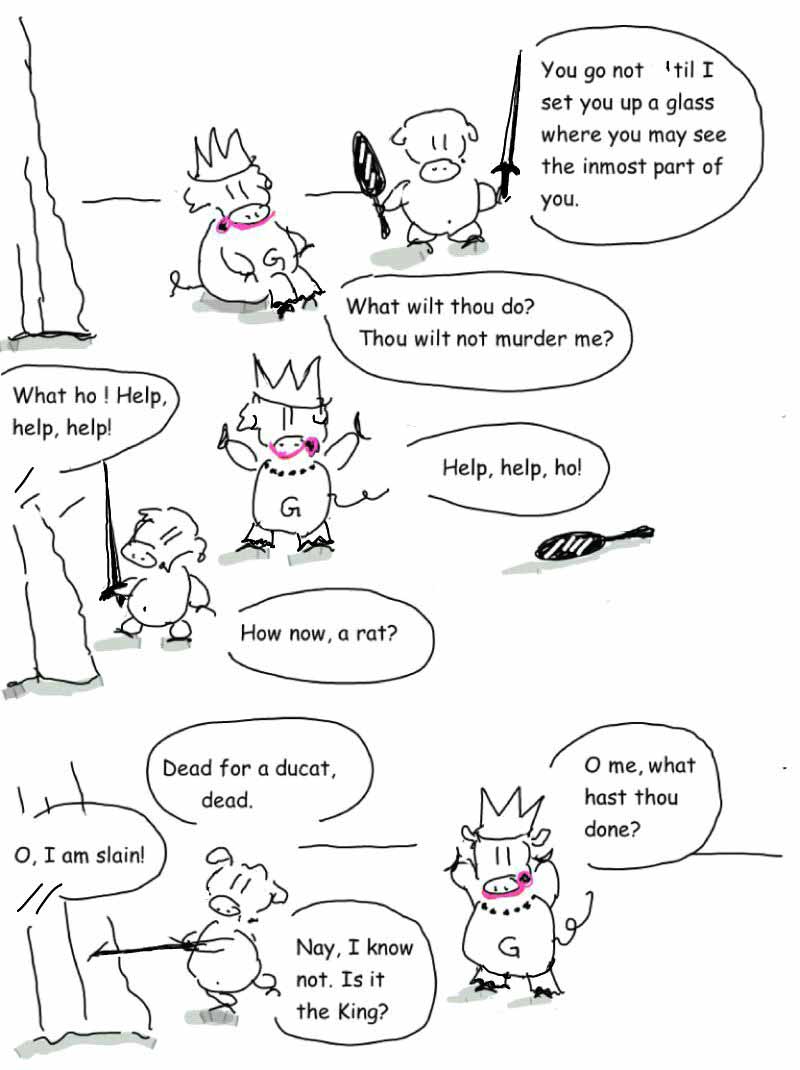 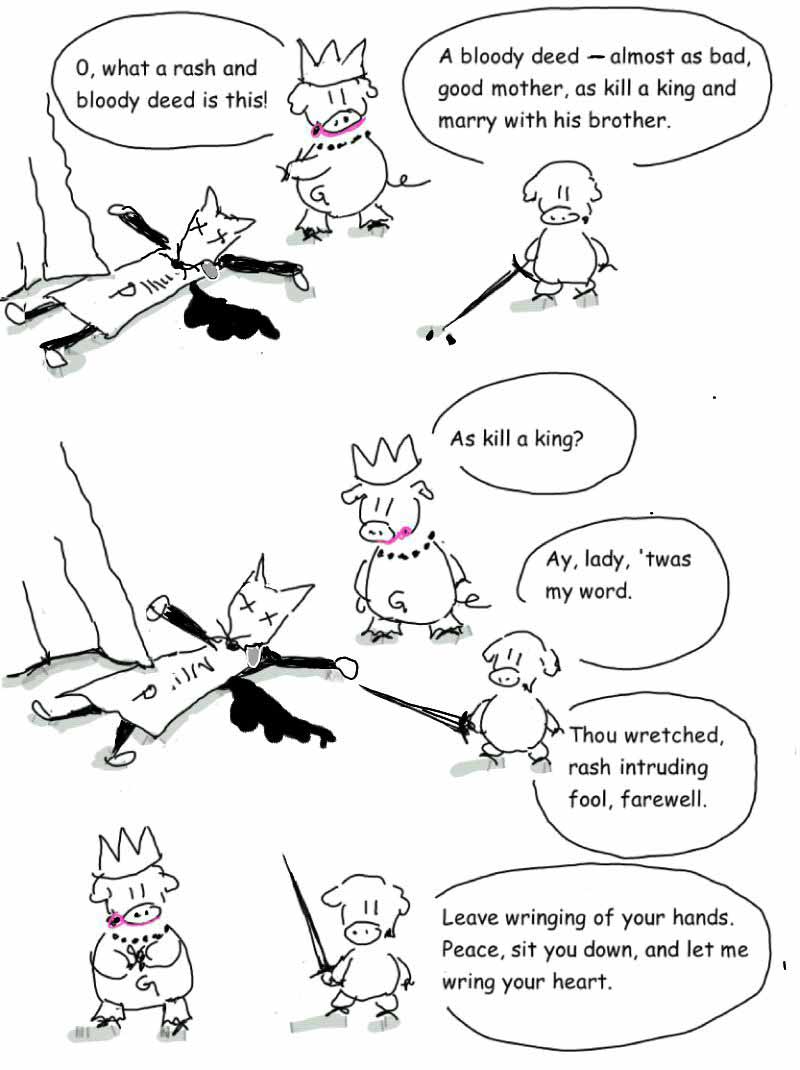 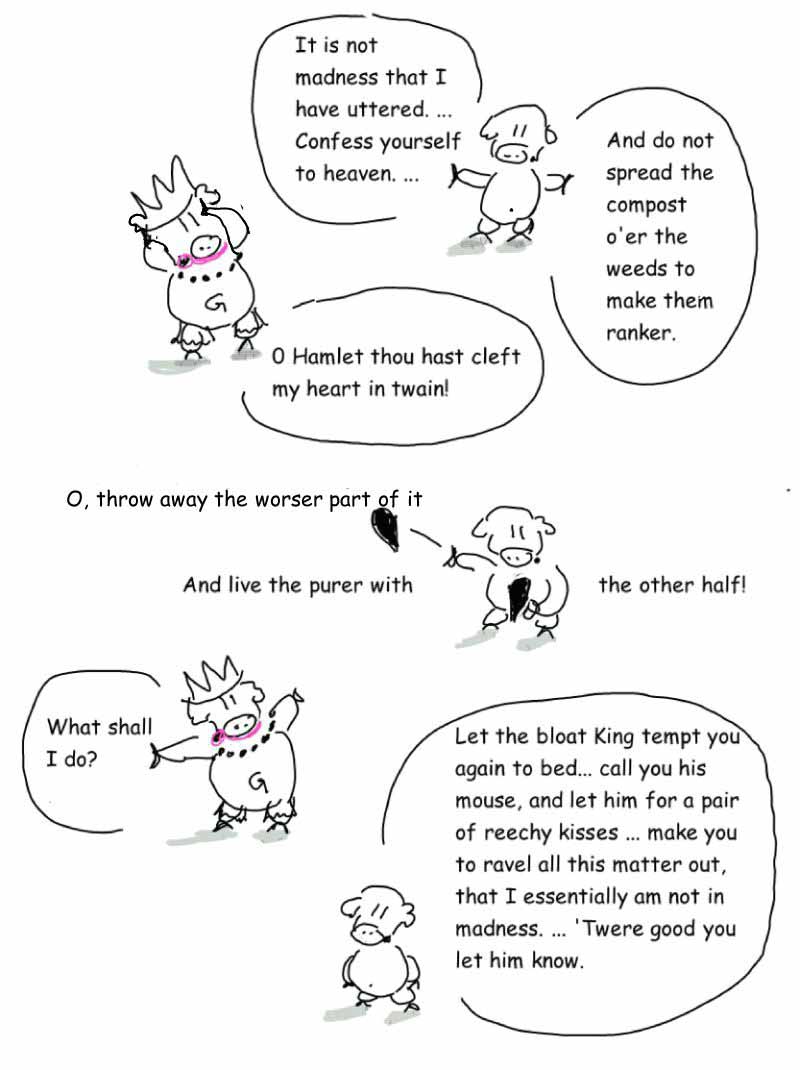 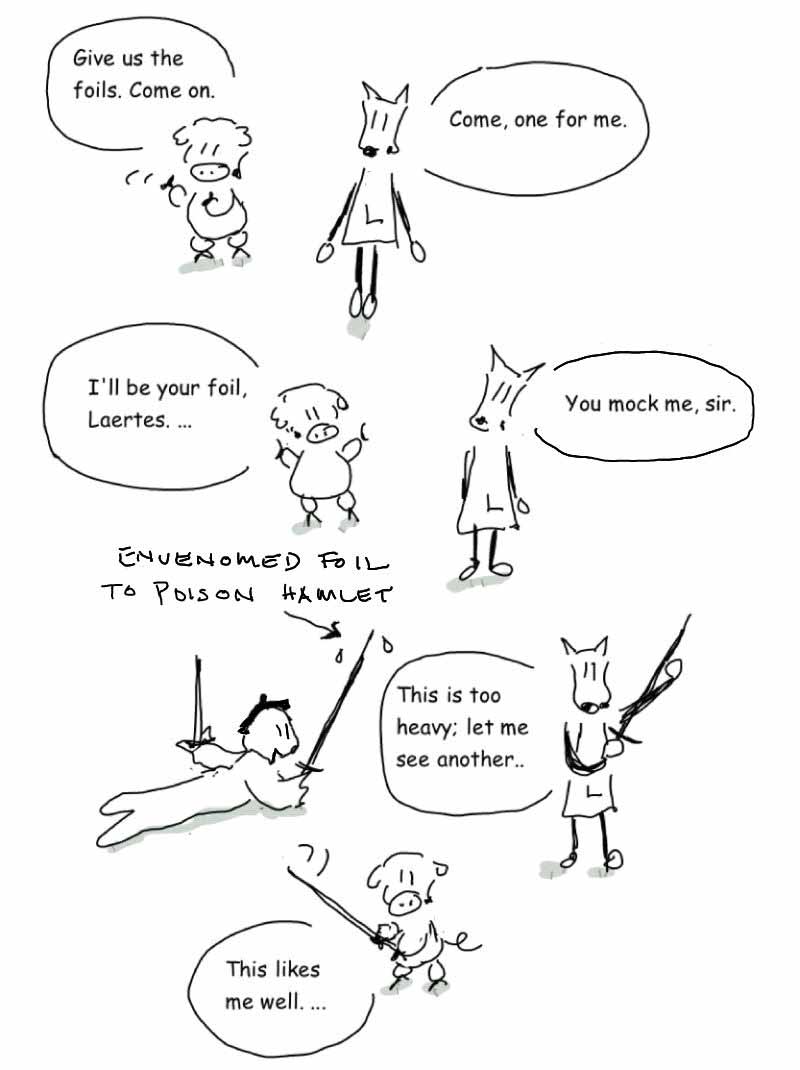 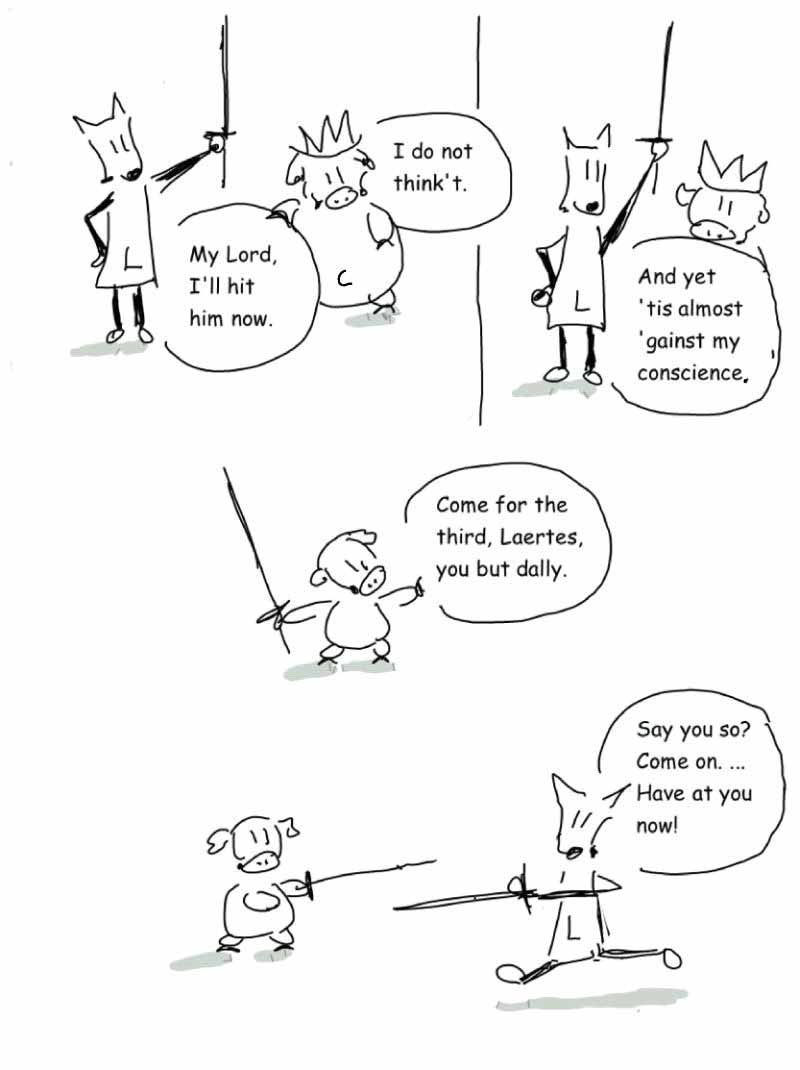 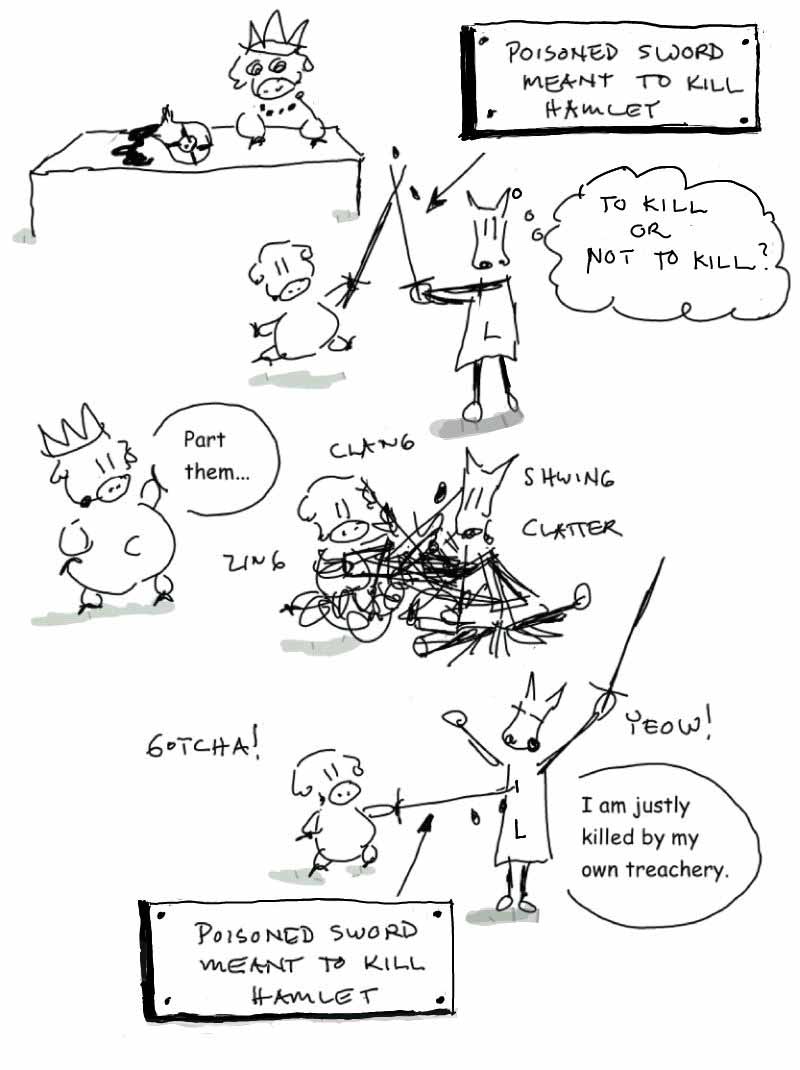 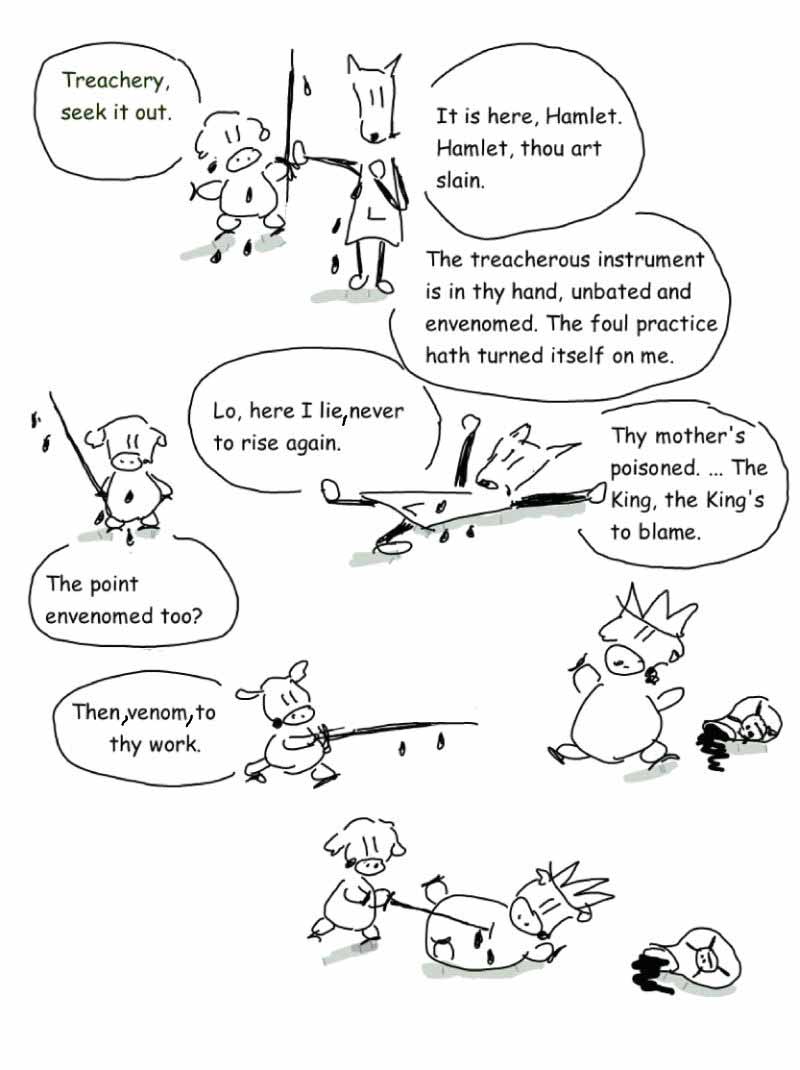 Sarah Boxer is a contributing writer for The Atlantic and the author of two cartoon novels, In the Floyd Archives: A Psycho-­Bestiary and its sequel, Mother May I?: A Post-Floydian Folly.  (September 2020)

‘The Twilight Zone,’ from A to Z

A new, 429-page book, The Twilight Zone Encyclopedia (a bathroom book if ever I saw one), demonstrates how the show’s punchline-twist-endings are actually the least reason for its enduring hold over the public imagination.