They won’t stay gone, rising with royal torpor,
as if held in my binoculars’ fog and enlargement,
casting the raindrops of the rainbow: childhood;
loved by their still older elders in a springtide
invisible to us as the Hittites. We’re too near now
to date their comings and goings—those late people:
Cousin Susie and Cousin Belle. Fate stamped
them with their maiden name for life—blood-rich,
and constellations from the dancing heart.
Our first to die…so odd and light and dry,
they seemed foreshadows of some earlier, strange creation,
hooded in snail-shells, in the unassailable
deafness of their formidable asperity—
our girls…less than a toy, and more than a flower.

Another was a man in his middle life
from the days of his youth till the day of his death;
and yet the matching of his fresh-cut flowers
was over-delicate and dead for death,
as if the flowery coverlet lay like lead,
asserting that no primitive ferment
or slobbering poignance of the voyeur God
would ever corrupt or soil his earthly vestment
spread like King Solomon in the Episcopal morgue,
sanguine, still ready for the thousand lovers…
Here at world’s end, here with nowhere else to go,
lie those before us, and those just before us:
less than a toy, and more than a flower…
rich and poor, the poor…no trees in the sky.

No fence stands up between us and our object:
approaching nearer, nailing down the old,
and free to pick those neither ripe nor young,
as the hollow green wilderness sings the guillotine,
sings those before us…I have had them fifty years:
all those grander, or finer, or simply older,
gone astraying down a backward street, the trees
late-lopped, tar-boned, old prunes like stumps of martyrs;
and even this dead timber is bulldozed rootless,
and we face faceless lines of white frame houses,
sanded, stranded, undarkened by shade or shutter—
rich and poor…no trees in the sky—their stones,
so close they melt to a field of snow, as we pass,
won from the least desire to have what is. 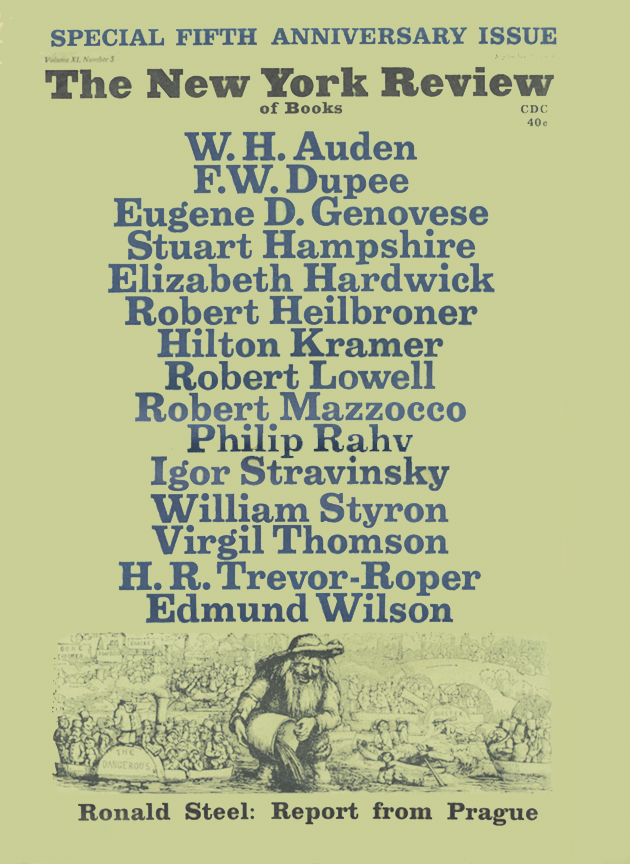 Robert Lowell (1917–1977) was twice awarded the Pulitzer Prize for Poetry. Life Studies, For the Union Dead, and The Dolphin are among his many volumes of verse. He was a co-founder of and contributor to The New York Review of Books.

What the Trees Say