It’s poignant and gloomy to me who am grounded
to see the young how they race and clamber
tote heavy loads and sing all night
and sleep away and snore.
It’s simply boring to hear them repeating
the ideology of nineteen thirty
that was inauthentic also the first time.
They’d lend me a little of their vitality
if I could hang around condoning their politics,
but I lash out and make them dislike me,
so teach them nothing, gloomier myself.

I know it’s no advantage to be right,
la gaya scienza is nature’s way.
What an ugly character I have!
Able to love only the kid
that I can talk to seriously,
imposing the heavy weight of my attentiveness
that of course neither of us can sustain.

If I were a mechanic and could hear
the misses and rattles of my old car
as I know the signs and portents of my body,
I wouldn’t drive so fast to Honolulu.

I wouldn’t speed so happily by Koko
and glance delighted at the wine-blue sea
toward Molokai, as if I were still healthy,
as if my old car never yet broke down.

I’ll stop for this dark fellow by the road
who wants a ride. How beautiful he is
still wet from the big surf at Sandy Beach,
even if he is the angel of death. 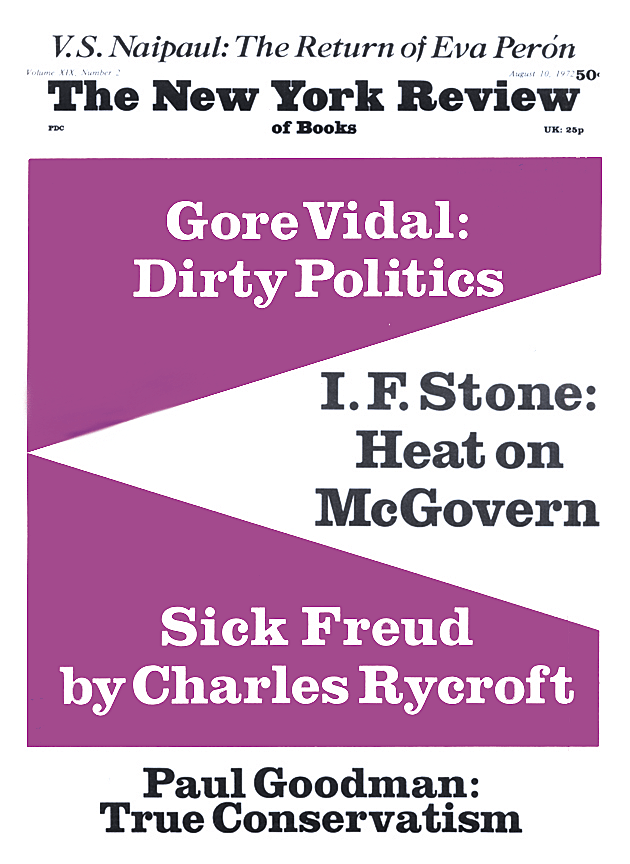 Paul Goodman (1911–1972) was an American social critic, psychologist, poet, novelist, and anarchist. His writings appeared in Politics, Partisan Review, The New Republic, Commentary, The New Leader, Dissent, and The New York Review of Books. He published several well-regarded books in a variety of fields—including city planning, Gestalt therapy, literary criticism, and politics—before Growing Up Absurd, cancelled by its original publisher and turned down by a number of other presses, was brought out by Random House in 1960.

A Cure for a Sick Country?

GM in Trouble I. THE VEGA