Andrew Hacker’s review of eight books and reports on education [NYR, April 12] attributes the decline of SAT scores and the rising dropout rate to the fact that “America is not a classless society” and good students come from “middle-class households [that] share enough of the academic culture so that they adapt relatively easily to what is required in the classroom.”

I disagree. Hacker quotes a principal who says, correctly, that many of our high school students “can hardly read and write.” This is not something for which parents and homes should be blamed. Rather, it is due to the fact that our elementary schools have fallen down on the job. Some fifty years ago, with great fanfare, they switched from the alphabet and phonics to the wholly unscientific “look-and-say”—that is, word-guessing—method of teaching reading. By doing so, they destroyed the foundation of all future learning.

This may seem like a simplistic explanation of a vast and complex phenomenon, but it is based on mountains of solid scientific evidence. 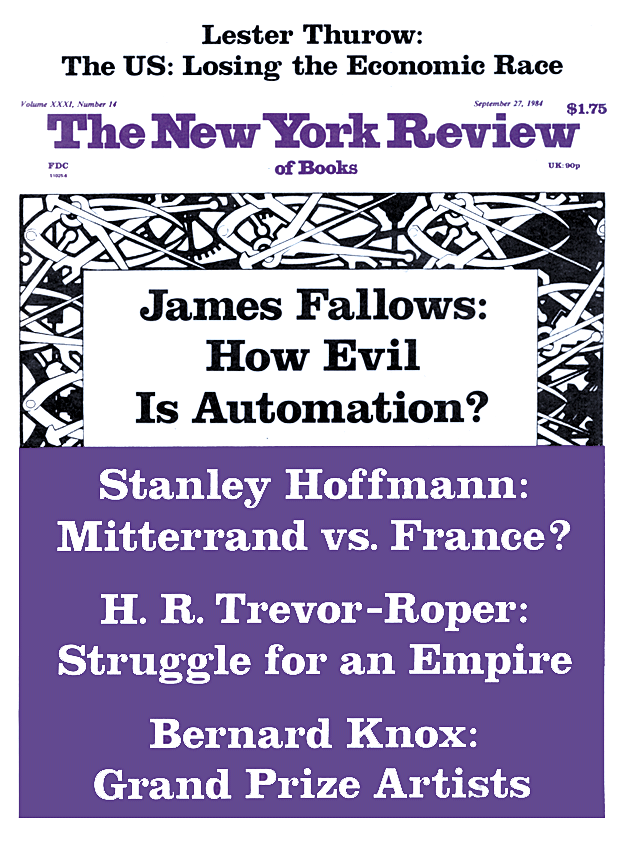 Education reform today is like Dr. Seuss’s ‘Yertle the Turtle’

The Schools Flunk Out