A Musicological Offering from the July 18, 1985 issue

In his review of Joseph Kerman’s Contemplating Music: Challenges to Musicology [NYR, July 18, 1985], Robert Winter notes the relatively narrow and fragmented state of American musicology, which he calls “the Subotnik syndrome.” Winter’s charge that I make a “plea on behalf of specialization,” and thereby damage the field, must amaze anyone familiar with the aesthetic, epistemological, and methodological thrust of my work.

In naming a syndrome for me, Winter concedes my work some impact. If Kerman is right in calling me “the premiere analyst and expositor of Adorno’s [musical] thought to the English-speaking community,” then I have probably contributed to the growing interest, especially among younger musicologists, in Adorno and in criticism. Have I thereby narrowed the field? More generally I have argued, like Kerman, that American musicology should go beyond its traditional focus on such positivist problems as identifying watermarks, listing concordances, describing archives, establishing chronologies, comparing editions, and even producing authentic texts. I have encouraged American musicology to increase its attention to such questions as these: How is music related to its social context? What is “influence”? What is signified by differences in style? In what ways can music have meaning? And so on. Are such questions over-specialized either in character or intent? On what is Winter’s charge against me actually based?

Indeed I do argue, as Winter indicates, that no one can hope to “master in their entirety” the requirements of both positivistic musicology and all other modes of thought that can be construed as relevant to broadly humanistic questions about music. Whereas traditionalists generally treat such questions as trifles, easily disposed of by common sense, I, like other nontraditionalists, believe that even to formulate them responsibly requires venturing into huge, unfamiliar areas of thought and discourse. My plea here is for the modesty and cooperation that will be needed to counteract fragmentation as intellectual demands on the field seek to enlarge it. By interpreting this plea as advocacy of specialization, Winter misreads me. And it is precisely such misreading that I try to combat in my plea, quoted by Winter, “that a diligent effort be made to understand the critic’s [read: any writer’s] principles of order…rationale and discipline…on their own terms.” For such misreadings exacerbate existing fragmentation.

My own belief is that it is not interdisciplinarians but traditionalists who, in their exclusionary canonization of positivistic categories, have had the most narrowing and divisive impact on American musicology. In part this belief is based on my own experience; despite the warm reception of my work by many musicologists and humanists outside the American musicological mainstream, I have not been employed as a musicologist since 1980, my last year at the University of Chicago. But my belief is based far more on the stifling effect of characteristic traditionalist writings, such as Winter’s review itself, which, except when interdisciplinary work is involved, seems remarkably tolerant of the narrowness connoted by the term “specialization.” Yes, Winter chastises Kerman for “stop[ping] short of addressing the larger questions of music’s place in society.” Yet Kerman, whose book after all is about musicology not music, takes pains to identify work (including my own on Kant, which he calls “a contribution to the history of ideas”) that shows a heartening concern with “music’s relation to the sociocultural matrix.” Whose effort to counteract specialization is more convincing in this context, Kerman’s or Winter’s?

Winter laments fragmentation. Why, then, does he offer no strategy for maintaining the integrity of a field that is under pressure from non-traditionalists to modernize itself by absorbing more and more aspects of contemporary Western scholarship and its traditions? Are we to assume some secret plan? Would he roll back the increasingly evident expansion? Banish the interdisciplinary dissidents? Or would he require single individuals to master a constantly expanding totality? And if so how? By breeding a new strain of super-scholar? (He himself admits that “the comprehensive interpretation of musical works” would require “genius.”) Or by decreeing that no expansion is involved because the whole of Western thought fits into one small niche of positivist musicology, a sub-discipline called, perhaps, “thinking?”

In effect this last is the fallback position for most traditionalists. I say, however, that it is not the over-specialized restrictiveness but the potential vastness of humanistic thought that has kept traditionalists from cultivating sophisticated ideas (and modesty) in the safety of their positivistic garden. Which in turn has isolated them: non-musicologists are notoriously uninterested in mainstream American musical scholarship. Nor is this because the latter denigrate, or even necessarily fear, the study of music itself. On the contrary, many have staked a claim to the intellectual territory thus far ceded by traditional American musicologists. But is farming out our intellectual responsibilities a good way to maintain the internal integrity of our field? Is mental subcontracting one of Kerman’s “Challenges to Musicology”? Or is such defeatism, with its implicit defense of the over-specialized status quo, rather, “the Winter syndrome”?

If Robert Winter succeeds in getting musicological specialization called “the Subotnik syndrome,” then I will accept the honor, so long as it is understood that like any other physician who lends his name to a syndrome, I have simply called attention to a group of signs and symptoms that occur together and characterize a disease. Any other construction is as indefensible as claiming that Dr. Down himself was afflicted with forty-seven chromosomes.

I seem to have touched a raw nerve in Rose Rosengard Subotnik’s scholarly self-image, and for this unintentional result I can only apologize. However, me thinks she doth protest too much. I do not see how I could have presented Mr. Kerman’s view of the philosophical “impasse” between “criticism and positivistic musicology” more clearly than quoting him directly, alongside Ms. Subotnik’s clearest statement on the subject. “Impasse” is Mr. Kerman’s word, not mine. That Mr. Kerman admires Ms. Subotnik’s work (as do I; I was also a coeditor of the magazine that published one of her first major articles) was irrelevant to the philosophical issue I was addressing. The sad passing recently of a major figure in American musicology, Edward Lowinsky, with whom from time to time numerous scholars disagreed, may serve to remind us that intellectual controversies do not lead to diminished stature. I would not have spent even the modest space that I did on Ms. Subotnik’s views had I not taken them seriously. I welcome the debate, though preferably in a less personally supercharged atmosphere.

My passing reference to “the Subotnik syndrome” was hardly meant to be enshrined alongside the Down or any other syndrome. As broad and encompassing as Ms. Subotnik views her own perspective, there are others who find her concerns “specialized,” albeit no less noteworthy. This was the point of my benign alliteration.

When either my review or, better, Mr. Kerman’s book is read as a whole, it is clear that he has disagreements with almost every branch of current academic musical endeavor. Nothing he writes in Contemplating Music suggests that he does not respect or admire those with whom he debates (I trust the reverse is also true). 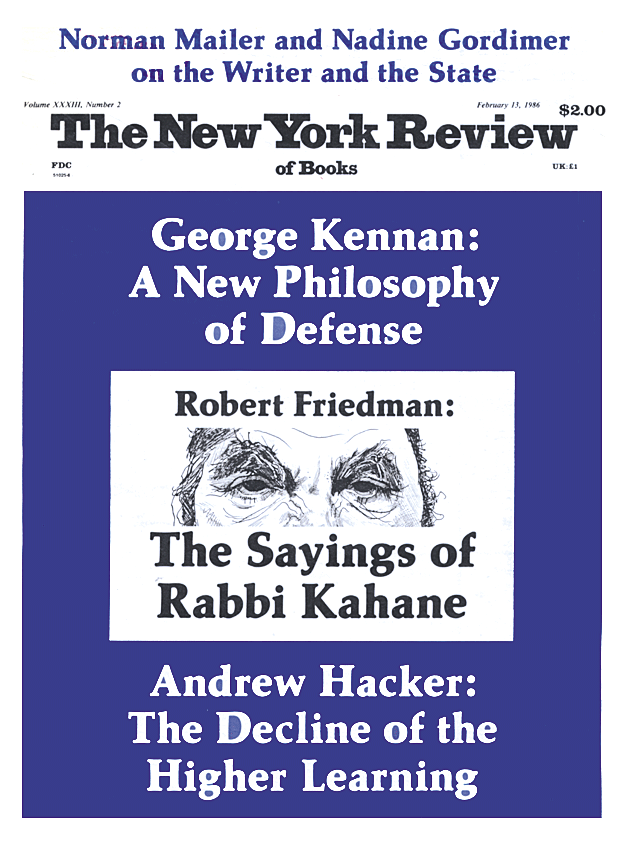 The Drama Inside the Concerto