The political influence of the Catholic Church in the Republic of Ireland is still a complex and thorny question both in its domestic politics and in relationships with Northern Ireland. But it is a complex question. One of the pictures accompanying Conor Cruise O’Brien’s article: “A New Ireland?” (NYR, October 7, 1993) was captioned “President Mary Robinson and her husband, Nick, at a mass in Dublin 1992.” It would be ironic if the impression of a confessional state were to be reinforced by this image, which in fact represents President Robinson, her husband, and other civic leaders at a (Protestant) service in St. Patrick’s, a Cathedral of the Church of Ireland, of which her husband is a member. 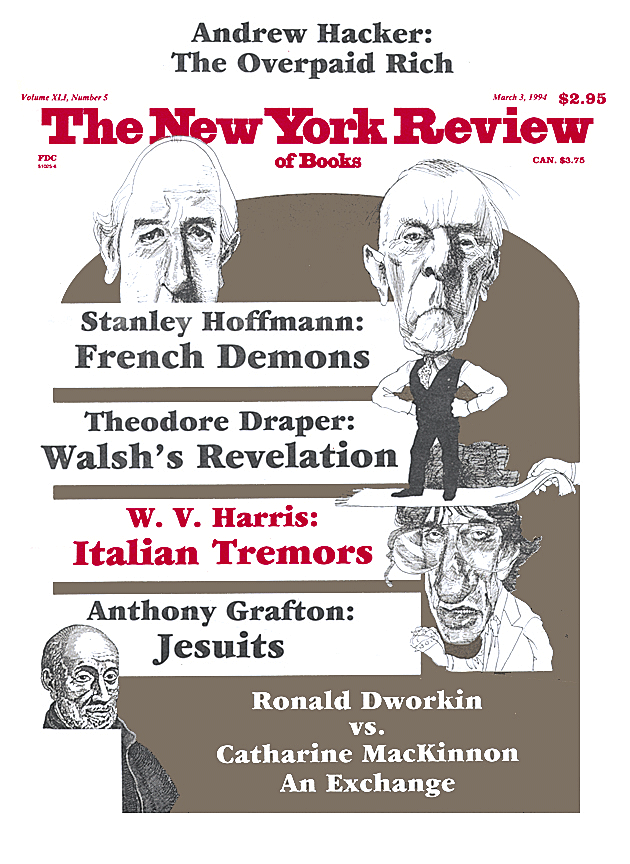 How do you impose an EU frontier across a small island without utterly unsettling the complex compromises that have ended a thirty-year conflict?

Around 1730 Johann Sebastian Bach began to recycle his earlier works in a major way.

Violence in Ireland: Another Algeria?