The weeks since Louis Farrakhan’s march on Washington have been notable for an absence of resonance. When we have so long, and vainly, held our collective breath for the crackling of thunder, we know that all we saw was heat lightning. The event was none the less significant, and especially so for the glare it cast upon the hardening of the national conscience across thirty-two years.

Martin Luther King, Jr.’s, 1963 march was an invitation to the American majority to atone for its sins against a minority. That invitation has since been generally declined; and now we have progressed to the Farrakhan march and its summons to the minority’s males to atone for what the majority presumes to be their offenses against its exemplary standards of morality.

Some might think that Farrakhan has his nerve. The men raised up by his banner gave every appearance of being husbands and fathers far more typical than not of their own people and of all the others who also work hard and play by the rules, and whom our president exalts in rhetoric and neglects in practice.

The crowd ran largely to the men whose jobs are beneath their attainments. Good sense would suggest that atonements are altogether lesser obligations for them than for the social order that ordains their station and condition of labor.

Journalists unfamiliar with their sort seem to have been quite surprised to notice how well-behaved they were. It is curious for men whose daily round is in the main conspicuously well-mannered to be saluted for arriving at decorum only when conveyed there under Louis Farrakhan’s spell.

But then Farrakhan is much too cunning in all things to overlook the advantages to be taken from the misperceptions prevailing among white Americans. What strangers listened to most attentively and derisively were the parts of his address reciting notions of the late Elijah Muhammad which ecumenical courtesies command us to call no worse than unscientific. In these passages, Farrakhan was only doing his liturgical duty to Elijah’s “Message to the Black Man”; and we ought not to permit their bizarreness to distract us from the shrewd service done to his livelier duties to his own adroit self.

For didn’t Farrakhan seize his hour to frame a “Message to the White Man,” and mightn’t it have been, “See, I am the one to tame these ignoble savages”? It did not matter that there was nothing uncivilized and much that was noble in the assemblage he had called up, so long as so many white Americans see men of color as owing them no end of apologies and entitled to none themselves. The powerful could not ask for a more convenient servant than a prophet who abjures his faithful to get off the streets and into the pews.

To be smug is to be quite content to see half a million men stand up so long as they are prevented from standing up for a tangible purpose. Congress took off the day of the march as it always does when threatened with intrusions from any mass gathering with a potential for expressions of discontent. The next day, the House and Senate went back to hacking at the working poor in Farrakhan’s audience by cutting Medicaid, raising their taxes, and ridding the social budget of $20 a week for feeding and clothing each baby born to an unwed sister.

These sins were indulged with neither thought of atonement nor visible protest outside the halls of the legislature. Meanwhile, Farrakhan had proved his essential agreeability by condemning slavery and letting the here and now pass without mention. And now his singular agility has jumped him to the front of the line for the grant application and acceptance that will inevitably reward his promise to keep those he has bemused in the ghetto, where so many givers of grants think they belong. Gentlemen of the Olin Foundation, meet the Minister and freshly anointed Messenger from the Nation of Islam. 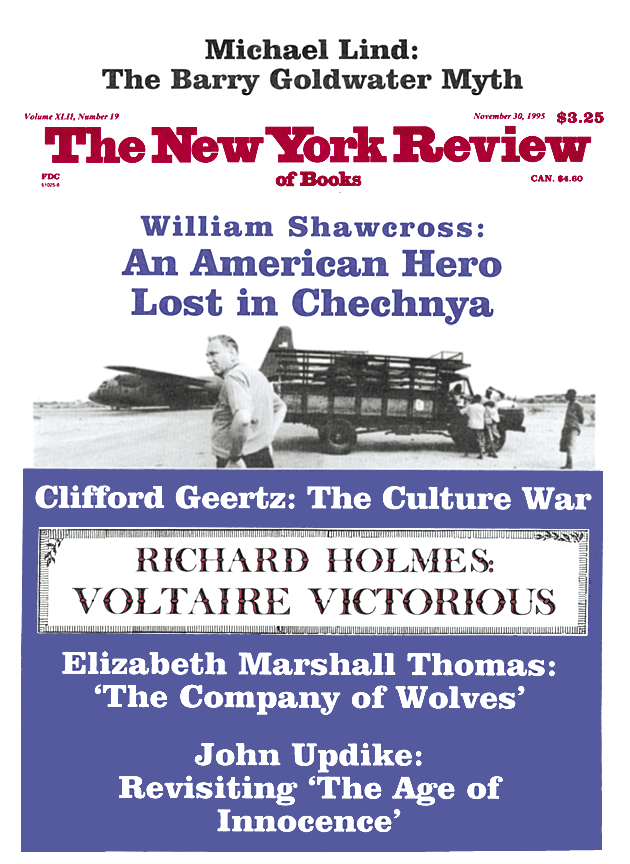