Making the Wrong Joyce from the September 25, 1997 issue

In writing from memory about nineteenth-century cricket and the man once widely known as “The Champion” [“Making the Wrong Joyce,” NYR, September 25], I conflated the cricketer W.G. Grace with the international conglomerate W.R. Grace & Company. Neither appears in Ulysses or its standard commentaries. Like James Joyce when writing of Dublin sportsmen and merchants, I relied unfortunately on memory instead of checking a print source. It was my intention to write parenthetically that “(Other rumors say W.G. Grace was the champion slogger.)” I trust that fans of the game will emend my slip. 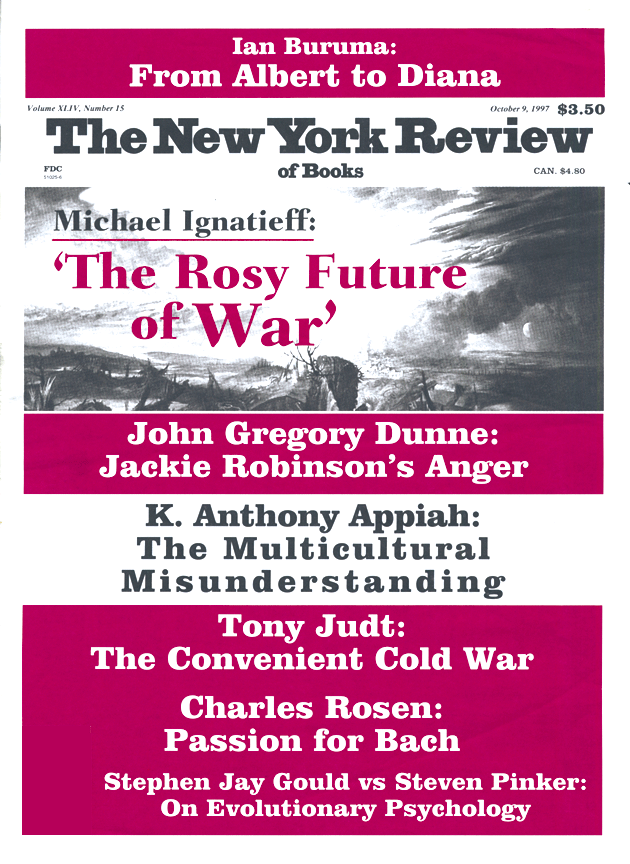 James at an Awkward Age

The Curious Case of Amalia Popper

A Memory of James Baldwin

The Strange Case of William James: An Exchange