No. In the June 1938 dispatch published by Weinstein, Akhmerov notes simply that I “mentioned” Hiss as “a very progressive man.” It is Weinstein, not Akhmerov, who then asserts that I “tried to recruit” Hiss. This is a grave and a damaging distortion. It is, at the same time, laughable. Hiss was an important official in the State Department in June 1938. I was an unpaid volunteer aged twenty-one.

I have been informed of Michael Straight’s statement that he didn’t offer to recruit Alger Hiss as I wrote in the passage in Perjury that was cited in Theodore Draper’s review. Akhmerov’s main concern in the two dispatches quoted on pages 183-184 of my book was that agents operating in completely separate Soviet networks at the time might inadvertently be exposed to one another. He feared that Hiss (already working, Akhmerov said, for Soviet military intelligence) might attempt to recruit Michael Straight, who was then involved with Akhmerov and the NKVD. (As Mr. Draper noted, Mr. Straight in later decades wrote about his role in a Soviet network.)

In one of the dispatches, Akhmerov says that Straight “mentioned” Hiss as “an interesting person who occupied a responsible position,” but Akhmerov did not mention Straight in connection with recruiting Hiss. In view of Mr. Straight’s statement, therefore, the line in Perjury should have read: “Michael Straight (code-named ‘Nigel’) identified and described Hiss to Itzhak Akhmerov,” and it will read that way in any future edition of the book. I regret Mr. Straight was identified in perjury as offering to recruit Hiss.

I would also like to clarify another, unrelated brief episode described in Perjury. One of those who identified Alger Hiss as a Soviet agent, claiming that he had heard of Hiss’s involvement during World War II, was Oleg Gordievsky, a key Soviet intelligence official who defected in Great Britain during the 1980s. In a 1990 book on the KGB—written with the British academic Christopher Andrew—Gordievsky described a lecture to a KGB audience by Akhmerov, who mentioned Hiss among Soviet agents in the United States. In the same book, Gordievsky also identified “ALES” as Hiss’s World War II code-name, foreshadowing the release in 1995 and 1996 of the VENONA files in which the State Department official called “ALES” was named by the US government analysts as “probably” Alger Hiss.

Some commentators have pointed out, however, that Gordievsky cited as the source for his reference to Hiss as having the code-name ALES an article mentioning the VENONA materials in these pages by Thomas Powers [NYR, August 17, 1989]. If this is all Gordievsky had to go on, his identification of ALES adds nothing to the VENONA evidence, although his reminiscence of the Akhmerov lecture remains unchallenged. Any new edition of Perjury will include a corrected account of this matter.

I appreciate Mr. Draper’s review, especially its deconstruction of Alger Hiss’s covert political biography during the 1930s. I share Mr. Draper’s conclusion that only when, if ever, the Soviet Union’s military intelligence files are opened are we likely to “get to the absolute bottom of the Hiss case.” 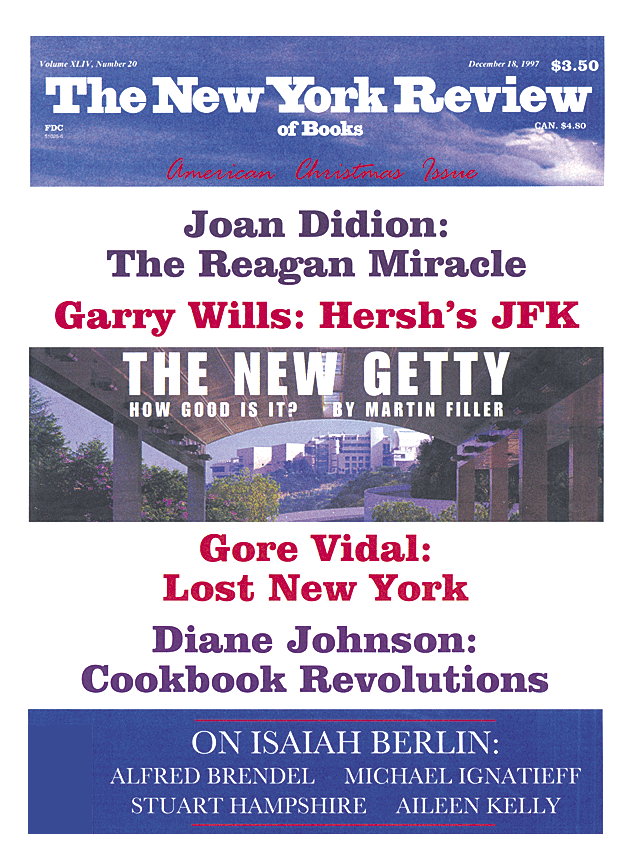 The Hiss Case: An Exchange

The Case of Cases

The Hiss Case: Another Exchange!

The Honor of Alger Hiss