In the context of the recent “science wars” it is refreshing to see so eminent a scientist as Steven Weinberg (in his “The Revolution That Didn’t Happen,” NYR, October 8, 1998) taking the ideas of Thomas S. Kuhn seriously. Still, it would appear that Professor Weinberg’s disagreements with Kuhn are grounded, at least in part, in common misconceptions about Kuhn’s work, misconceptions Weinberg shares with many historians and philosophers, as well as fellow scientists.

To begin with, it is worth emphasizing the vehemence with which Kuhn rejected the charge that his reading of the history of science made science an essentially irrational process. Weinberg acknowledges Kuhn’s efforts to distance himself from what he perceived as the excesses of Feyerabend and the Edinburgh sociologists, but Kuhn’s response to accusations of irrationalism went far deeper. In 1970, he asserted, “I do not for a moment believe that science is an intrinsically irrational enterprise…. I take that assertion not as a matter of fact, but rather of principle. Scientific behavior, taken as a whole, is the best example we have of rationality.”* The claim that science is irrational would itself have to depend on an antecedent account of rationality. But for Kuhn, ever the scientist, our best hope of understanding what rationality is resides in the study of paradigm cases of rational activity. Since science is the best such case, the claim that science is irrational is, for him, not only objectionable, it is downright incoherent. Science is the benchmark for rationality, or at least one of the benchmarks. Other activities will be judged rational or irrational at least in part on how closely they resemble science.

I believe that Weinberg may also have misunderstood Kuhn on the question of whether, from the perspective of those operating within one scientific paradigm, the results of a prior period of normal science are always necessarily false. To be sure, contemporary physicists continue to employ Newton’s mechanics and Maxwell’s electromagnetic theory with great success. Yet they recognize, in Weinberg’s own words, “that Maxwell’s equations are only approximate” (p. 50). In what sense, then, do physicists continue to regard Maxwell’s equations as true? Some will be content to view them as merely useful fictions, where fictions, however useful, are of course false. Other physicists will want to claim that Maxwell’s equations are approximately true, or true approximations, and this is probably the sense Weinberg has in mind. But of course this is not the sense in which Maxwell and his followers thought his equations were true. When a scientific theory claims to completely describe the phenomena it was designed to explain, to treat its predictions as only approximately true is to recognize that, strictly speaking, the theory itself is false.

To see this point, consider an example from Kuhn’s first book, The Copernican Revolution. Interestingly, Weinberg is prepared to acknowledge that Aristotelian and modern physics are genuinely inconmensurable, in Kuhn’s sense. And yet, even now, one important piece of Aristotle’s physics is still employed as a useful fiction. The two-sphere universe, in which the Earth is treated as the center of a volume bounded by the rotating sphere of the fixed stars, is a simplification of Aristotelian and Ptolemaic astronomy, one which continues to be invaluable for navigators. This view of the universe comes with several mathematical devices for furnishing approximate answers to questions of terrestrial position and distance. The accuracy of these answers could be improved upon if we instead performed our calculations on the basis of the Newtonian model; however, for most purposes, such improvements would be insignificant, hardly worth the added mathematical complexity. We thus continue to navigate as if the Earth were the center of the Universe. And yet hardly any sailor or pilot, in this day and age, has the slightest illusion that this assumption is true. It is false, but useful. Kuhn’s point, as I understand him, is that, from the contemporary perspective, Newton’s laws and Maxwell’s equations are no different.

A final, related point of contention is Kuhn’s view of scientific progress, on which a Darwinian competition among paradigms for superiority in problem-solving prowess guarantees scientific change, but fails to guarantee that science inevitably draws closer to the truth. According to Weinberg, “All this is wormwood to scientists like myself, who think the task of science is to bring us closer and closer to objective truth” (p. 48). It is one thing to construe the task of science in this way. It is quite another to assume, as Weinberg appears to, that science must inevitably succeed in this pursuit. The view of the history of human knowledge as some grand triumphal procession toward the distant temple of truth is, it seems to me, profoundly unscientific, a teleological relic of the pre-scientific identification of truth with the revealed truth of religion. Kuhn’s approach to the history of science, by contrast, was itself scientific. He treated the question of whether or not a given scientific discipline had progressed (increased its problem-solving capacity) over a given span of time as an empirical question, one whose answer, like the end-points of all scientific investigations, was never clear in advance.

Have I misunderstood Kuhn? Of course Kuhn never claimed that science is an irrational enterprise. Nor have I said that he did. But I am glad that Professor Levine has given me another chance to comment on the topic of rationality, for it seems natural to me that Feyerabend and others should have seen Kuhn’s arguments as a defense of irrationality in science. If I agreed with Kuhn’s judgment about the progress of science, that there is no sense in which science offers a cumulative approach to some sort of truth, then the whole enterprise would seem rather irrational to me, even if not to Kuhn.

For one thing, I don’t see the difficulty in describing an approximate theory as “true” or “false.” As Professor Levine has guessed, I don’t regard approximations as mere useful fictions. One of the problems that I have just assigned to my class in quantum mechanics at the University of Texas calls for an approximate calculation of the shift in the energy of the hydrogen atom when it is placed in a weak electric field, neglecting various small effects in the atom. If they want full marks, they had better get an answer that is true within these approximations. If they don’t, then I won’t look kindly on any excuse that an approximation is just a useful fiction.

Then there is the quite different question, to what extent the scientists of the past suspected that their theories were only approximate. Doubtless some didn’t, but many others did. From the eighteenth century on there were astronomers who speculated about possible departures from the Newtonian theory of gravitation. Take a look at the article on the planet Mercury in the eleventh edition of the Encyclopedia Britannica, written by the noted astronomer Simon Newcomb before the advent of Einstein’s General Relativity. You will find Newcomb speculating that Newton’s inverse square law of gravitation may be only approximate. Likewise, even in the golden age of Maxwellian electrodynamics at the end of the nineteenth century, physicists like Joseph Larmor and Oliver Heaviside (and perhaps Maxwell himself) expected that there should be small corrections to Maxwell’s equations. Physicists today recognize that their most fundamental theories, such as General Relativity and the Standard Model of Elementary Particles, are only approximations to a more fundamental future theory.

Incidentally, I don’t agree that today Aristotle’s scientific theories are still employed as useful fictions, for his theories had no quantitative content whatever. Ptolemaic astronomy is a different story, but I didn’t mention it in my article.

In his final paragraphs Professor Levine misquotes my criticism of Kuhn’s view of scientific progress. I never argued that progress toward objective truth is inevitable. My difference with Kuhn is that I think that such progress has in fact happened again and again in the history of modern science. Our future progress toward a fundamental physical theory may be stopped if it turns out that humans are not smart enough to conceive of such a theory (which I doubt), or if we find an infinite regress of more and more fundamental theories (also unlikely), or if society stops providing the resources for continued experiments (all too possible). But although I can’t claim to know that we will be able to continue our progress toward a simple, objectively true theory underlying all natural phenomena, I do think that we must act under this assumption, for if we do not then our progress will surely not continue. 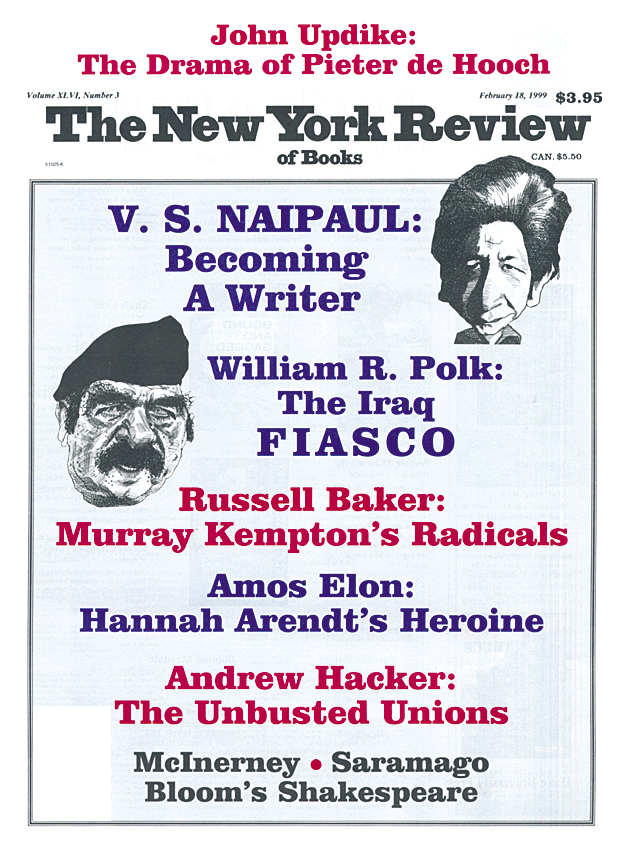 The Revolution That Didn’t Happen

Science and the Glory of God

The Science of Jacques Barzun