Following are excerpts from the address given by President Havel in Warsaw earlier this year when he accepted the First Decade Prize at the tenth-anniversary celebration of the Polish daily Gazeta Wyborcza.

When the totalitarian system collapsed in the countries of Central and Eastern Europe, and many important political positions came to be occupied by members of the former, largely intellectual, opposition—that is, by so-called dissidents—I thought, and said many times publicly, that we had something with which we might repay the West for the great assistance we would require from them.

It was obvious what the West’s support should consist in: we expected not only significant economic aid to help put our devastated economies back on their feet, but also considerable assistance in building democratic institutions, in establishing the rule of law, in creating a market environment and reconstituting our civil societies. At the same time we assumed that various organizations and institutions in the Western democratic world would be quick to open their arms to us. After so many genuinely or potentially democratic politicians had been crushed by different power factions in our countries, and after the very notion of politics itself had been destroyed, it was clear that those who would take over the reins of power in this new dramatic period, whatever their civic merits, would have no experience whatsoever in exercising power and would therefore need a great deal of political guidance and support from the West. And given that the West had for so long, and at so high a cost, stood up to the threat of communism and sympathized with the efforts of the subject nations to liberate themselves (though the West was not entirely without blame in their subjugation), it was equally clear that it would want, as a matter of principle and in its own essential interest, to support these newly emerging democracies after the fall of the iron curtain.

Looking back after almost ten years, we must acknowledge that those early expectations have largely been fulfilled, although not to the degree or as quickly as some naive and enthusiastic spirits might have imagined in those days. But essentially, they have been realized. The most recent important indication that the West is taking our freedom seriously, and that they have ceased to recognize the long and artificial division of the world into spheres of influence, is undoubtedly the recent expansion of the North Atlantic Treaty Organization to include three new states, all former members of the Warsaw Pact.

The question that haunts me is whether we, too, have given the West what we were capable of giving and even duty-bound to give as a very specific form of repayment for its help. I am not certain we have.

What could we and should we possibly have given to the wealthy, developed Western democracies? I was deeply convinced we ought to have given them the benefit, both in intellectual and pragmatic terms, of the unique experience given to us by life under totalitarian conditions, and by our resistance to those conditions. Properly interpreted and explained, this experience can provide instruction to everyone. And it ought to be taken seriously, not merely because such a totalitarian system ought never to be allowed to recur, but for reasons far more profound, reasons that concern the general standards of civilization, if I may put it that way.

Our experience of totalitarianism taught us that society must always pay, or be prepared to pay, for its freedom, its independence, for human rights, and for prosperity. It taught us that nothing is free, that great sacrifices are sometimes necessary to advance a good cause, and that the ultimate worth of such sacrifices is intrinsic to them, and not in how surely or how quickly they may pay dividends.

I recently read a collection of editorials and essays by the person who presented me with the Gazeta Prize today, Adam Michnik, and as I read it, I realized that although it is a thoroughly political book, its main subject is something else.* Its main subject is human conscience, the question of what is decent and what is not, what is morally acceptable and what is not; where compromise is possible and where it is not, where the moral limits of political action lie, and when the feeling that one has behaved properly is more important than any partial, visible success.

Over the years, Michnik’s writings have confirmed what I have believed from the beginning. It has been our absolutely basic historical experience that, in the long run, the only thing that can be truly successful and meaningful politically must first and foremost—that is, before it has taken any political form at all—be a proper and adequate response to the fundamental moral dilemmas of the time, or an expression of respect for the imperatives of the moral order bequeathed to us by our culture. It is a very clear understanding that the only kind of politics that truly makes sense is one that is guided by conscience.

I don’t say this as a moralist who wishes to preach proper comportment to people and politicians, or to hold himself up to them as an example. Not at all. I am speaking exclusively as an observer, as one who is convinced that ethical behavior pays in the long run. To be sure, such behavior can often lead to suffering, and can’t always be expected to deliver immediate and obviously positive results. I don’t need to dwell on that here, in a country in which entire generations have shown their willingness to suffer and die for freedom. Ethical behavior pays not only for the individual, who may suffer but is inwardly free and therefore fortunate, but mainly for society, in which tens and hundreds of lives lived thus can together create what might be called a positive moral environment, a standard, or a continually revitalized moral tradition or heritage, which eventually becomes a force for the general good.

In short, I daresay that the basic political lesson taught to us by life under communism is the recognition that the only kind of politics that makes sense is a politics that grows out of the imperative, and the need, to live as everyone ought to live and therefore—to put it somewhat dramatically—to bear responsibility for the entire world. People lucky enough not to have had to live under totalitarianism may never have learned this lesson with the same urgency as those who did.

But so much the worse for them. For it will be so much less obvious to them how great the dangers—from within our civilization—that threaten this planet are, and how important it is, in the interests of human survival, that we be capable of renouncing much that is hard to renounce, and of sacrificing much when no one is compelling us to do so, and to act in ways that, in the foreseeable future, may be of no obvious benefit to us.

The dictatorship of money, of profit, of constant economic growth, and the necessity, flowing from all that, of plundering the earth without regard for what will be left in a few decades, along with everything else related to the materialistic obsessions of this world, from the flourishing of selfishness to the need to evade personal responsibility by becoming part of the herd, and the general inability of human conscience to keep pace with the inventions of reason, right up to the alienation created by the sheer size of modern institutions—all of these are phenomena that cannot effectively be confronted except through a new moral effort, that is, through a transformation of the spirit and the human relationship to life and the world.

It seems to me that even the wealthy, democratic West, and perhaps it in particular, needs to undertake a certain moral self-examination that would make it unthinkable to sacrifice the future for the present. And it seems to me that we could pay back the great assistance the West has given us since the fall of the iron curtain, among other ways, or perhaps above all, by passing on the benefit of an experience the West has not itself gone through in the past decades. By that I mean the understanding that acting responsibly and with a clear conscience is worth it.

Will we manage to articulate this experience and thus have a positive influence on the general trend of present-day civilization? I’m not so sure. I’m not sure that we’re not catching up with the West chiefly in the very ways the West should be warned against, that is, in ways that condemn us, and thus the whole world, to a bleak future. I’m not so sure that we have fulfilled our historical role well.

Or was it that we never had this role in the first place, and it was merely the expression of a regrettable revolutionary pride on my part to set ourselves such a world-embracing mission? I don’t know.

I tend to the opinion that it was not an expression of pride on our part, and that those of us who lived our lives under totalitarian conditions actually played, or can continue to play, such a role. And if we are not persuasive enough in passing on to the rest of the world the benefits of our most basic existential experience, then we risk having undergone that experience in vain. 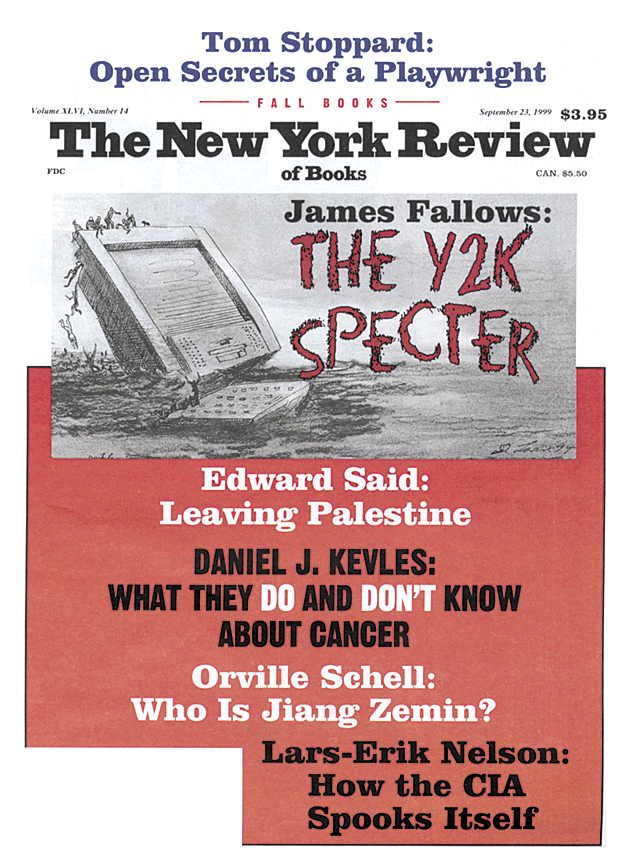 Tibet: The Peace of the Graveyard

Tibet: The Peace of the Graveyard