In his review of Leonid Tsypkin’s novel Summer in Baden-Baden [“In Search of Dostoevsky,” NYR, May 23], the ever admirable Joseph Frank mentions that in my introduction I have conflated the two books by Dostoevsky’s widow, Anna Dostoevsky, both of which appeared after she died in 1918. One is her Diary, first published in 1923. The other is her Reminiscences, edited by Leonid Grossman and published in 1925. The error was corrected in the introduction as it appeared in The New Yorker last October, before Summer in Baden-Baden, with my introduction, was published by New Directions. Alas, it was too late to fix the mistake in the book itself, which, though not yet in the bookstores, had already gone to press. It will be corrected in the next edition. 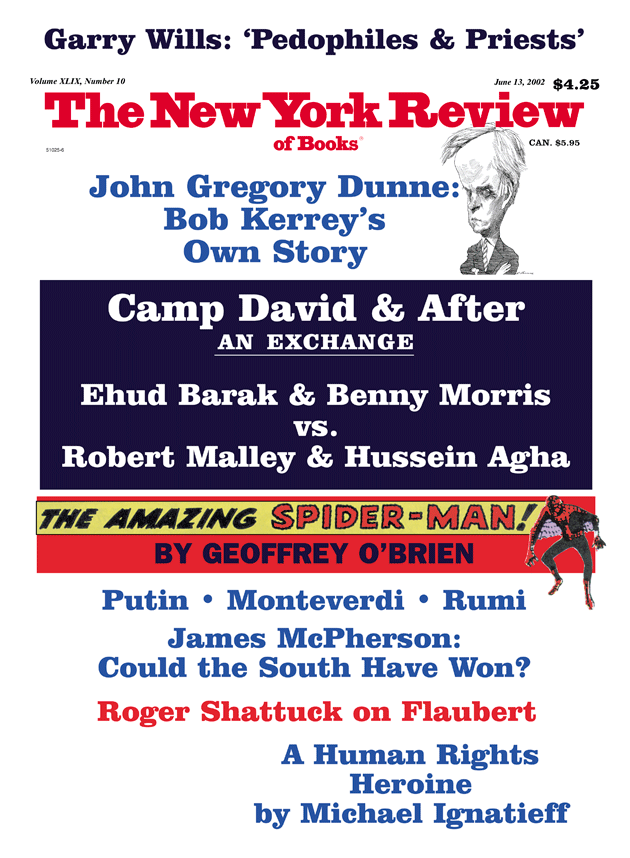 Carmen Boullosa’s ‘Book of Anna’ gives life to the next generation of Tolstoy’s characters.

The Diary of a Diary

On the Wilder Shores of Brooklyn

The Dreams and the Demons of Fasting