The editors regret an error on page 16 of the February 24 issue: The New Annotated Sherlock Holmes, reviewed by Michael Chabon, is one in a series of annotated editions published by Norton that also includes Alice in Wonderland, Grimm’s Fairy Tales, The Wizard of Oz, and A Christmas Carol. All of these titles should have been identified as already published, not as forthcoming in the series. 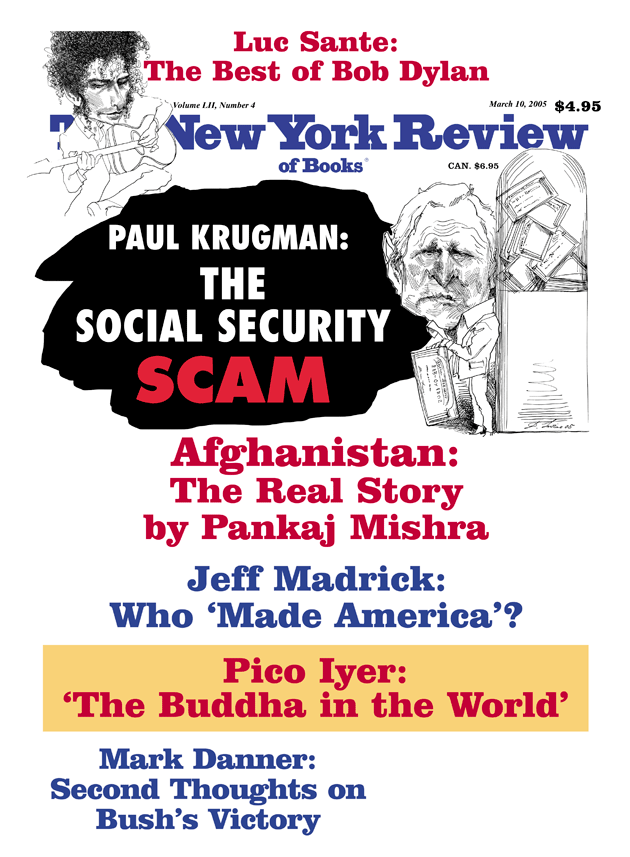 Gunnar Ekeloef and Leif Sjoeberg, translated from the Swedish by W.H. Auden

‘What Andy Warhol Did’: An Exchange

The Bishop’s Elders of Israel